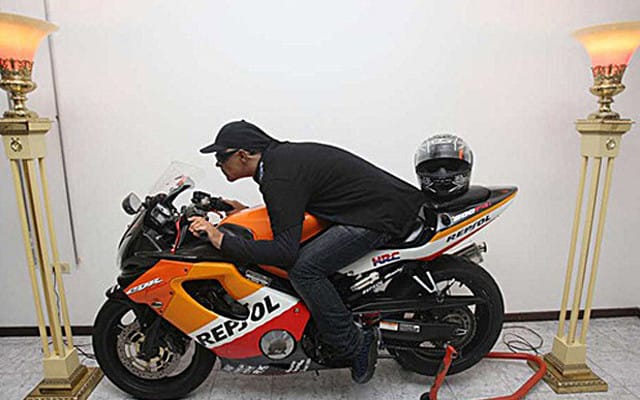 Murder Victim Embalmed on his Honda

We’ve heard of dying doing what you love, but being buried doing what you love(d) is apparently also something you can do at the Marin Funeral Home in San Juan, Puerto Rican—a place known for accommodating special requests. And so we have a video (below) of 22-year-old shooting victim David Morales Colon’s lifeless body crouched stylishly atop his Repsol racing livery Honda CBR600 F4, as friends and family come to pay their final respects.

Colon told his family that if he was ever killed, they should dispense with a casket and prop him up on his beloved bike instead.

“He loved his motorcycle,” a friend said. “It made him feel free from his worries. We all know he will be happy riding for eternity.”