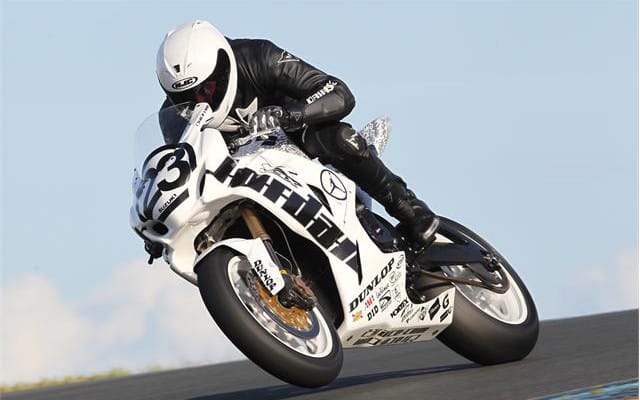 Michael Jordan Motorsports officially announced this morning that 18-year-old 2009 Parts Canada Superbike Championship runner-up Brett McCormick will fill in for Jordan Suzuki rider Aaron Yates as he recovers from injury. Yates—who underwent surgery on March 28th after breaking his leg in that morning’s practice prior to race four of the 2010 AMA Pro National Guard American Superbike Championship at Auto Club Speedway in Fontana, California—is expected to be out of action for 6 to 12 weeks.

McCormick will once again be riding a Suzuki GSX-R 1000, the same model he’s ridden to 7th and 8th place finishes in the AMA series so far this season—first for the self funded TK/Picotte Racing team at Daytona and then for Celtic Racing at Fontana. The Saskatoon native currently sits 10th in the series.

For more on McCormick, watch the Jordan team’s video interview with him below.