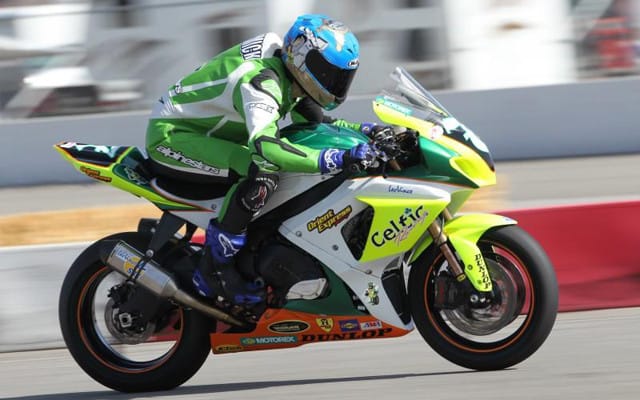 Brett McCormick may be racing for basketball legend Michael Jordan in round 3 of AMA Superbike. The Sasktoon native has been tapped to potentially replace Michael Jordan Motorsports’ (MJM) Aaron Yates while he recovers from the multiple leg fracture he sustained during the race 2 practice session this past weekend at Fontana.

Yates underwent nearly six hours of surgery Sunday night for tibial fractures of the right leg – one just below the knee and one above the ankle – and a third, lower break of the fibula. He could be ready to race again in as few as six weeks according to his surgeon, but he’ll certainly miss the test at Infineon Raceway, scheduled for the end of this week, as well as the third round of the 2010 AMA Pro National Guard American Superbike Championship at Road Atlanta in two weeks.

As a result MJM will be giving McCormick an evaluation at the Infineon test this week to decide if they like the 2009 Canadian Superbike runner-up as a temporary replacement for Yates. McCormick, who last weekend rode in place of an injured P.J. Jacobsen for Celtic Racing, currently sits 10th overall in the 2010 AMA Superbike standings after finishing 7th in race 2 last Sunday at Fontana.