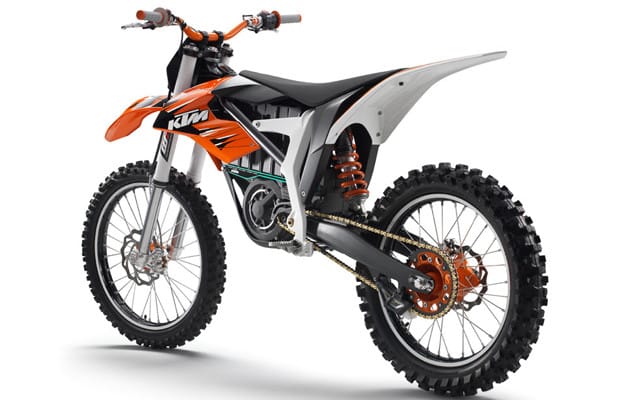 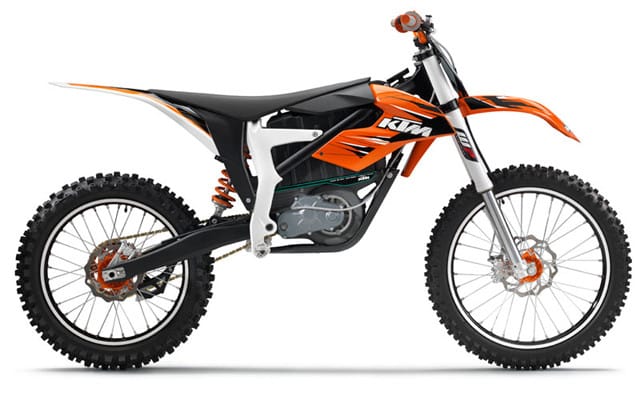 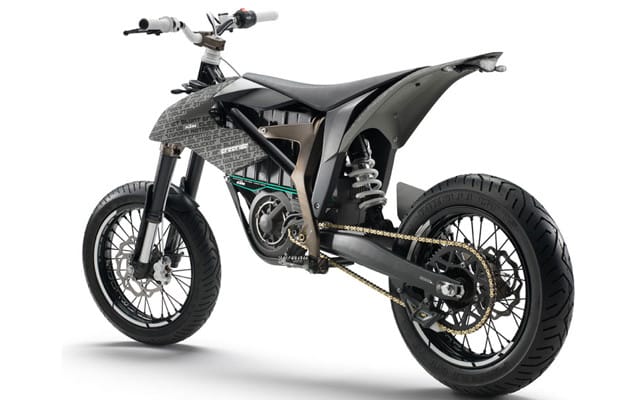 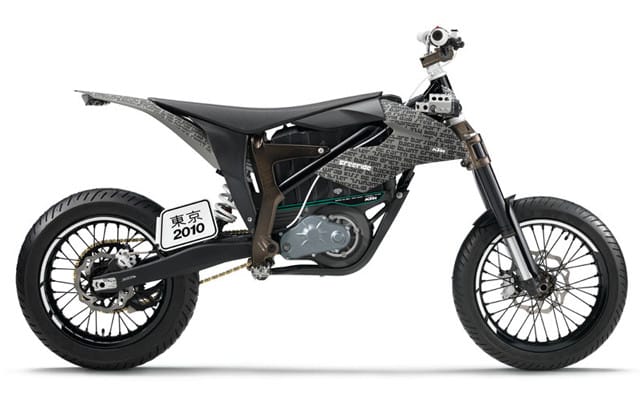 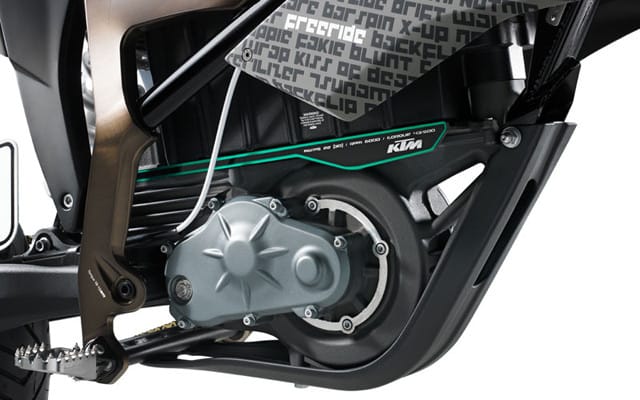 After photos and specs of the KTM Freeride were leaked earlier this week, the Austrian manufacturer has now released official images and information for its first electric motorcycle prototypes two days before their originally scheduled unveiling on Friday at the Tokyo Motorcycle show.

Both machines share the same lightweight delta box frame and an electric motor powered by a 300 volt hot swappable battery that produces a claimed 30 peak horsepower with 33 lb-ft of torque and a top speed of 70 kph. And though the motor’s effective power output is rated at only 10 hp, KTM claims that the Freeride, with it’s nominal weight of 90kg, can match the performance of an equivalent 125cc internal combustion machine. The supermoto version will be fully road homologated they say, while the enduro version is designed for off-road riding in residential or urban locales where bylaws restrict the use of noisy gas powered counterparts.

With the two machines slated to go into full production 18 months from now, KTM will become the the first large-scale manufacturer to produce an electric motorcycle. The Austrian firm though does make a point to say that they fully intend on continuing to manufacture gas powered machines and that their e-bike simply “represents a big chance to open up a third stream of application in the area of motorcycles…and at the same time speak to a new target group”

No word yet on whether KTM feels there are enough Canadians in that new target group to warrant bringing the Freeride models here.