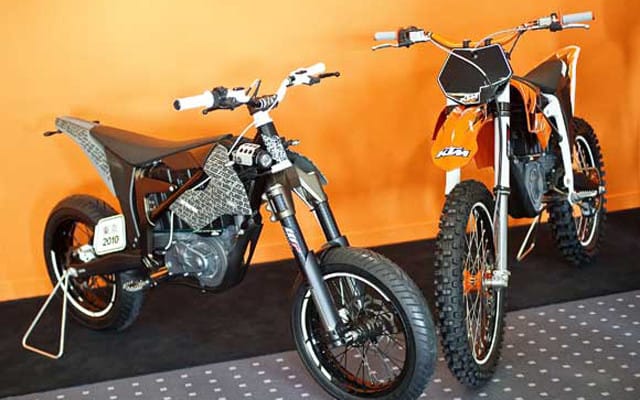 Das Motorrad magazine has blown the cover on KTM’s new Freeride electric motorcycle. The German publication has seemingly ignored a strict embargo and released photos and specs of the electric prototypes ahead of the Austrian manufacturer’s planned unveiling at the 2010 Tokyo Motorcycle Show later this week.

The KTM Freeride comes in a Supermoto or Enduro model and from the article we now know that its electric powerplant is claimed to produce 30 hp and 33lb/ft of torque using a hot-swappable 2.5kWh  lithium-ion battery pack. Weight is 90kg (198.4lbs) and the range is said to be approximately 1.5-hours. European price will be set at, “just under €10,000”

We’ll defer judgement until after a comparison test.