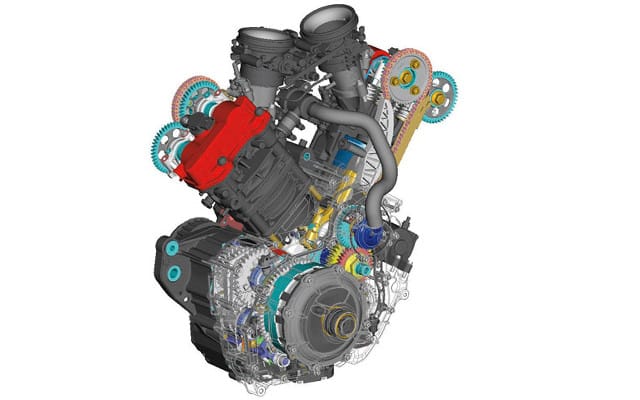 H-D Could Have Sold Buell to BRP

Harley Davidson twice rejected offers from Bombardier Recreational Products (BRP) to purchase the Buell Motorcycle Company, writes Cycle Canada contributor Alan Cathcart in the March issue of American Motorcycle Dealer. Quebec based BRP, maker of the three-wheeled CanAm Spyder, is also the owner of Austrian engine manufacturer Rotax, responsible for the liquid-cooled 8-valve dohc Helicon mill that powers Buell’s 1125R sport bike and 1125CR café racer. According to Cathcart, the Canadian company, anxious to maintain an important contract for its European subsidiary, initially offered to purchase the rights to manufacture Buell’s Rotax powered machines under the CanAm brand. After H-D rejected the offer, BRP then proposed buying the entire Buell operation. The idea being, Cathcart says, that CanAm would move its Spyder operations to Buell’s East Troy Wisconsin factory and setup shop alongside the reduced two-wheeler assembly lines. Again the Harley-Davidson board rejected the offer.

Harley’s line about the decision to throw Buell into the dumpster rather than sell it has been this: “We decided not to sell Buell because it is too inextricably tied to Harley-Davidson operations. Bottom line, we thoroughly explored it and decided it was not the option to pursue.” H-D CFO John Olin has revealed that the Buell brand was not separate from Harley-Davidson in its accounting ledger, which speaks to “inextricable ties”, but Cathcart suggests that the American company was also worried about being embarrassed by any success BRP might have in gaining market share with Harley’s failed Buell product line—the cost of shuttering Buell and saving potential embarrassment, $125 million (USD).

Though there are no details of how much BRP offered H-D for Buell, many Harley-Davidson shareholders, having just witnessed their company post a $218 million 4th quarter loss, are not happy about finding out that the hefty price for discontinuing Buell could have been offset by the deal.