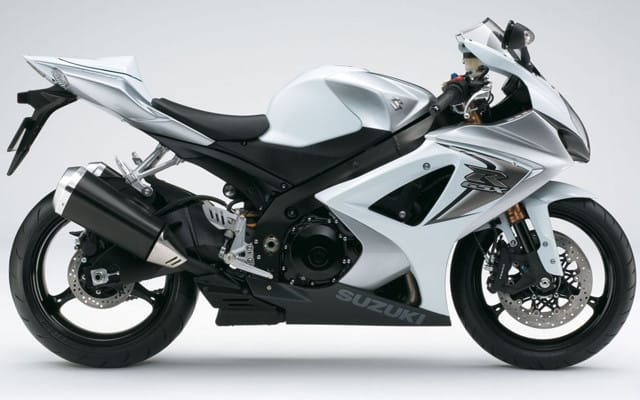 Professional Motorsports Productions (PMP), the organization that runs the Parts Canada Superbike Championship, has announced that they’ve come to an arrangement with Suzuki Canada  that will see its motorcycles remain eligible for the national road racing series.

After Suzuki Canada dropped its factory support of the Blackfoot Racing team last fall, and presumably its financial participation in Canadian Superbike, it seemed quite possible that like Yamaha’s YZF-R1, the GSX-R 1000 would not be a permitted ride during the 2010 season. Under the terms of the new deal the Japanese manufacturer will pay a small homologation fee to allow its GSX-R1000 and GSX-R600 equipment to run in the Superbike and Sport Bike classes. The arrangement precludes Suzuki from providing direct support for ‘A’ teams in either class, but allows privateers and dealer supported competitors to ride Suzuki’s bikes in the national series.

“Everyone understands the current financial challenges in the motorcycle industry and it was important to provide some flexibility to Suzuki Canada so that it could continue to play a role in the Parts Canada Superbike Championship,” said PMP’s Colin Fraser.

“Our four partner manufacturers agreed that keeping the GSX-R out of the series would have a detrimental effect on the national championship and we think we have found a good compromise that can work for all parties. We appreciate Suzuki’s willingness to find a way to make this happen.”

The move is also based on Suzuki Canada making an early commitment to the 2011 Parts Canada Superbike Championship, says PMP, and the manufacturer will continue to pay contingency to competitors riding its motorcycles.

“This is going to be a challenging summer and we’ve had to make concessions in a number of areas,” Fraser added. “But we are confident that by taking these steps for 2010 we can ensure a strong and prosperous national championship for the 2011 season and beyond.”

Yamaha Motor Canada will not officially participate in the 2010 Parts Canada Superbike Championship, having made its decision to withdraw last November. As a result, the YZF-R1 Superbike has been excluded from the national series, along with any 2010 Yamaha models, though Yamaha YZF-R6 motorcycles from the 2009 model year and earlier are still permitted in the Sport Bike class.

“We all hope, however, that Yamaha will return to the Parts Canada Superbike Championship in the near future,” Fraser said.

We at CC wonder if  Yamaha might now come back to the table and ask for the same deal that Suzuki got.