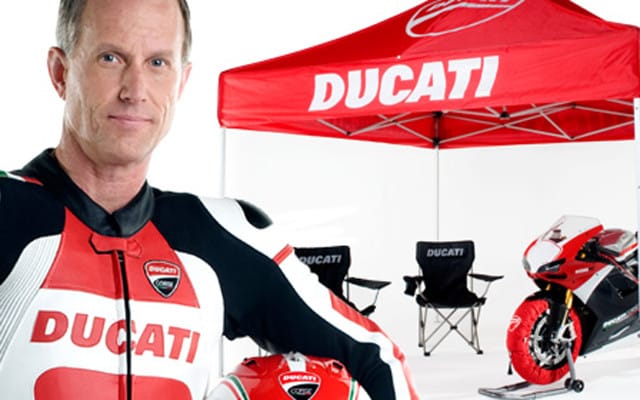 Included with the purchase of any of their 2009 or 2010 superbikes between now and June 15, 2010 is day of instruction with former AMA and World Superbike champion  Doug Polen. You’ll also receive a track package that includes a Ducati E-Z Up tent, a set of tire warmers, 2 fold up chairs and if you buy an 1198 Corse, you’ll also get a Swiss made Ducati watch.

Ducati says Canadian customers are eligible for the promotion and that Polen’s school will  be offered at two locations (TBA) in Canada. Contact your dealer for more details.