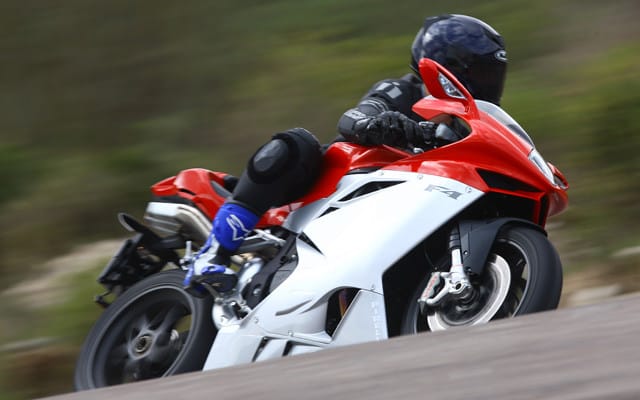 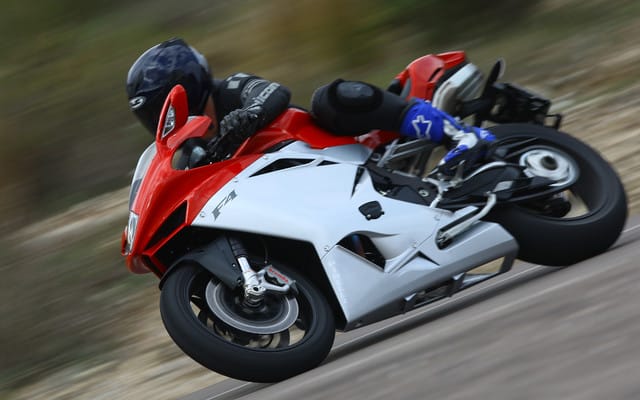 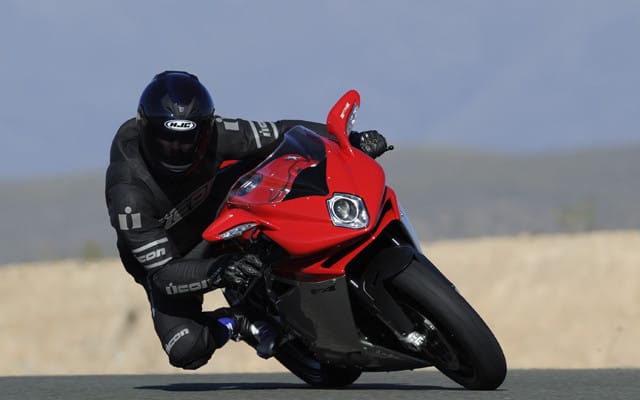 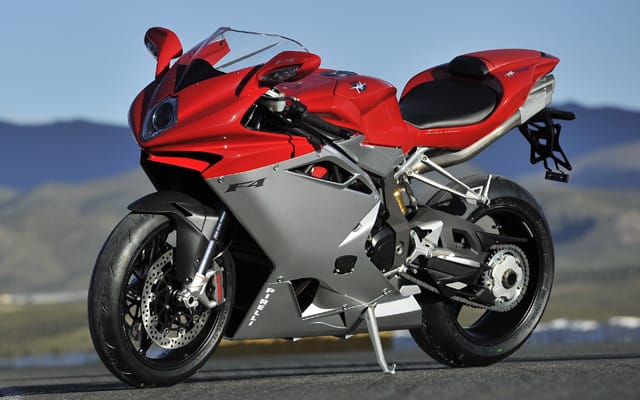 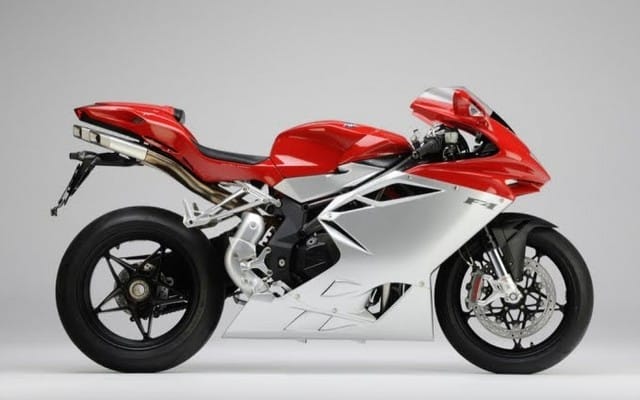 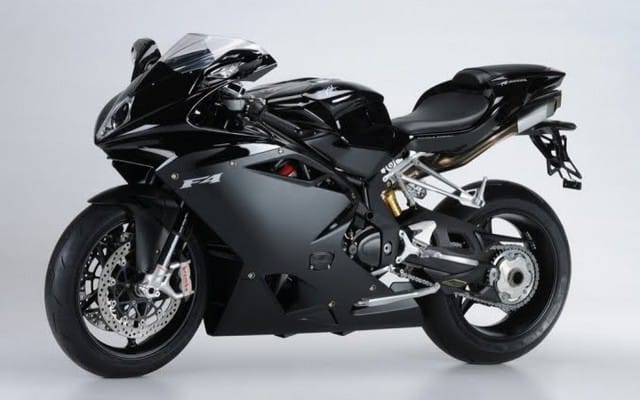 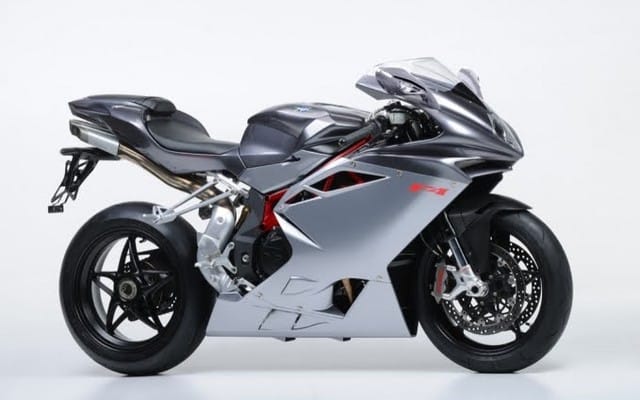 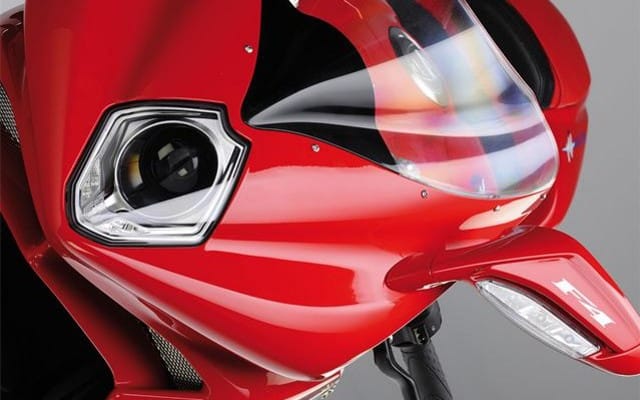 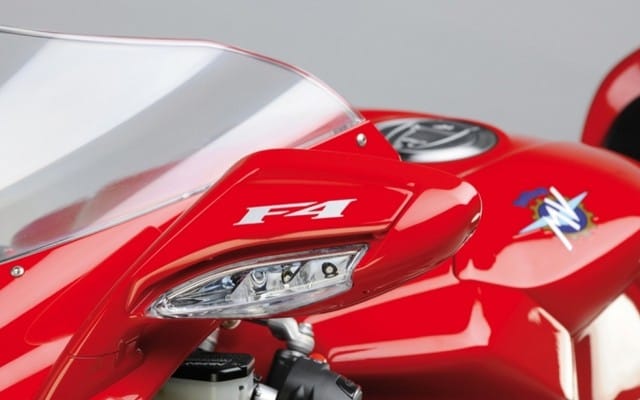 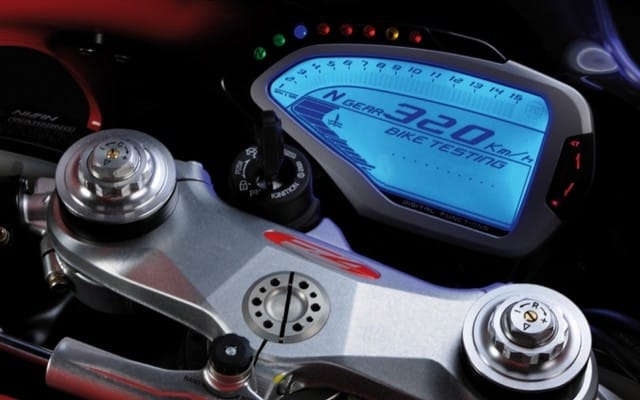 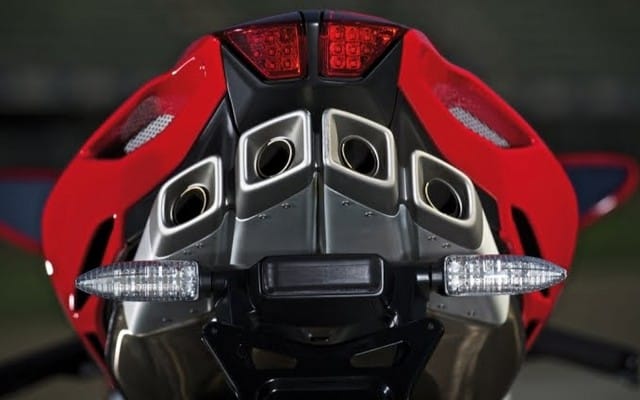 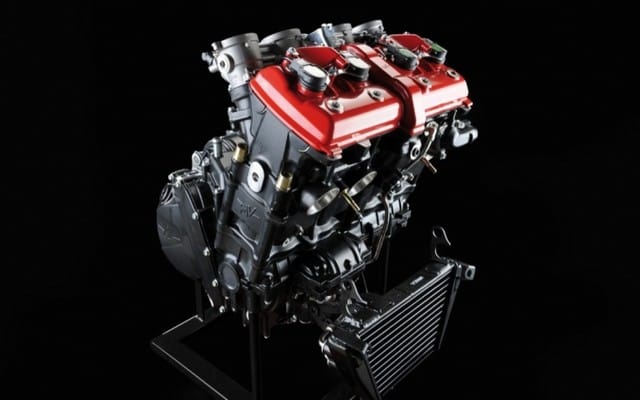 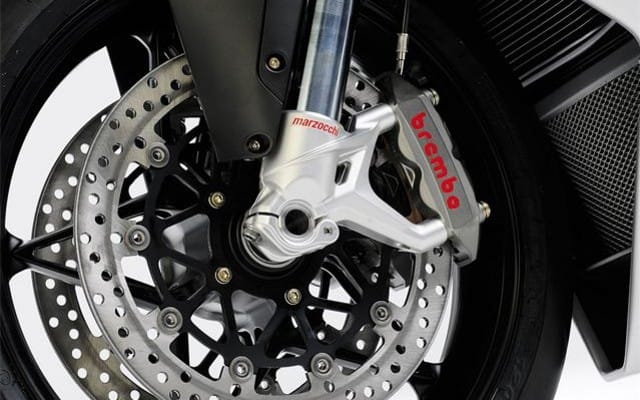 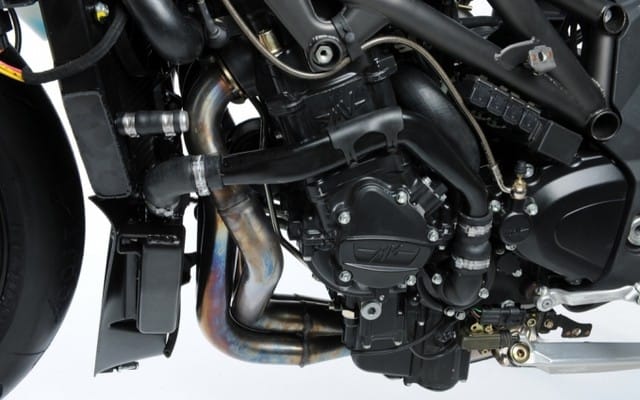 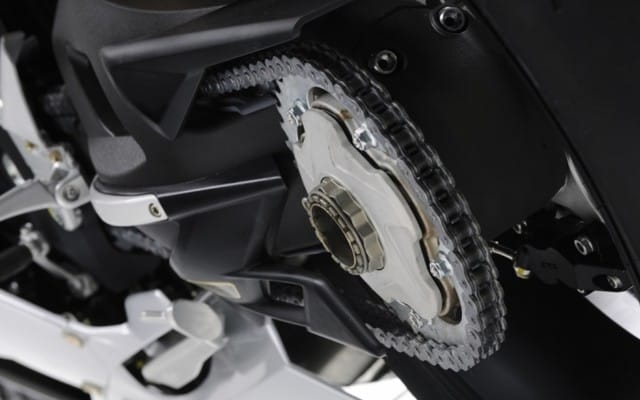 MV Agusta’s F4 is on its way to Canada. Soonish.

Much has changed in the motorcycling landscape since the glory years of MV in the ’50s, ’60s, and early ’70s. As a kid, when I first became interested in motorcycle racing history, I was stunned by photographs and black and white films of ’50s Grand Prix events. Alongside the unimaginably exotic three- and four-cylinder bikes from MV, Benelli, and Mondial were single-cylinder thumpers from Norton and AJS. I couldn’t make sense of it. It was clearly the technology of the past versus the technology of the future. But that was then.

In MV’s absence from the marketplace the four-cylinder engine, since Honda’s CB750 in 1969, has become the generic motorcycle engine. The distinctiveness that was once MV’s calling card had vanished. Could the standard sportbike platform of an across-the-beam four be employed by MV in building a machine that was not just a more expensive Japanese superbike with an illustrious tank badge?

If we judge motorcycles solely on sound, MV has hit the mark. Walking through the trackside lounge on the way to my idling tester, never have I encountered a four-cylinder exhaust note so acoustically serrated. And this is with the stock exhaust system fitted. I wondered if the four exhaust pipes were the reason, but the four exhaust tips are a ruse—they are all fed by a single pipe that snakes up from the engine.

Exiting pit lane at the Spanish Almeria circuit, the MV lunges forward amid an enveloping exhaust wail. Claiming 186 crankshaft horsepower at 12,900 rpm (the rev limiter chimes in at 13,500) the F4 doesn’t have the monstrous low-end rush of the last superbike I’d ridden, BMW’s S1000RR, but it still has a frightening amount of power.

Though MV claims that the riding position is more accommodating than last year’s bike, with higher and more rearward ’bars and a shorter fuel tank (this is the first MV I’ve ridden, so I’ll take them at their word), the up-in-the-air tail section and high footpegs make the F4’s riding position seem very much like my Ducati 916—which is unsurprising, as both were designed by recently retired Massimo Tamburini.

The compactness of the machine makes it difficult for me to tuck in behind the windscreen at speed, and an irritant is the massive bracket for the passenger footrests, which fouls the heels when the balls of the feet are on the pegs.

In a welcome acknowledgement of the fallibility of humans, the MV’s Brembo brakes with Nissin master cylinders are tolerant of over-exuberant jet-lagged riders. Where the Brembo brakes fitted to high-end Ducatis, for instance, can terrify with their immediacy, the MV’s stoppers are slightly soft on initial application (which makes you smooth, even if you’re not) but still forceful. Also smooth is the fuelling, at least on the press launch bikes. Aggressive track use can disguise a motorcycle’s subtle fueling glitches, but a brief street ride into the surrounding mountains and the endless U-turns to pass back and forth for the photographer’s lens does not reveal any flat spots or hiccups.

Matt Stutzman from MV USA has fielded calls from prospective Canadian dealers for a dozen years, and he’s surprisingly knowledgeable about the Canadian motorcycle scene. He also acknowledges that Italian brands, especially, are given a short leash by consumers when it comes to product support and machine reliability.

But talk is merely that. When, Mr. Stutzman, can we buy an MV in Canada? “There is a good chance that you can put fuel in an MV Agusta in Canada before the leaves fall this year.” We admire a man with confidence. When I tell him that prospective buyers will be irked if he doesn’t fulfill his claim, Stutzman responds with characteristic frankness: “If I don’t get MV to Canada this year someone else might just be doing my job next year.” Let’s hope that won’t be the case.