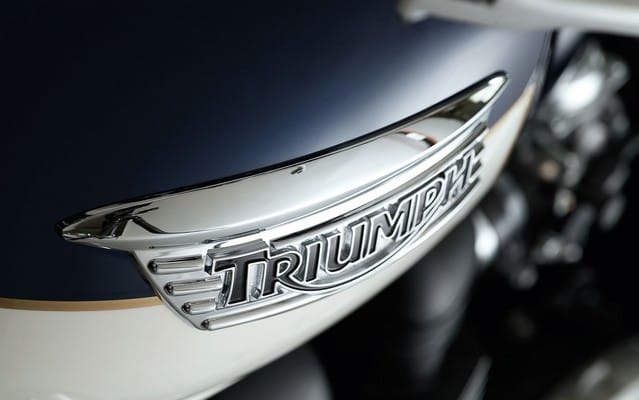 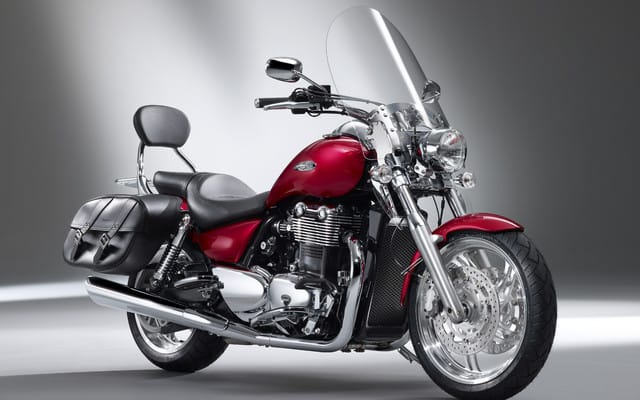 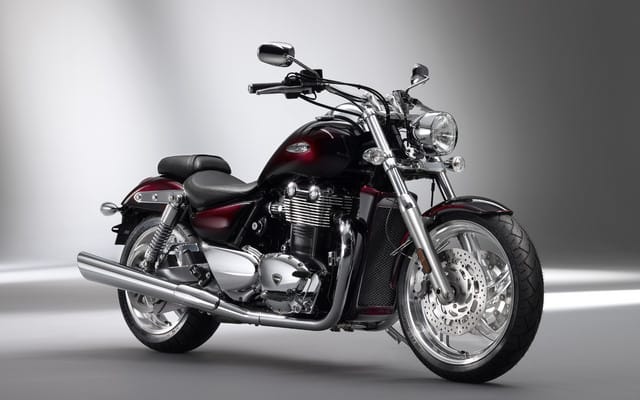 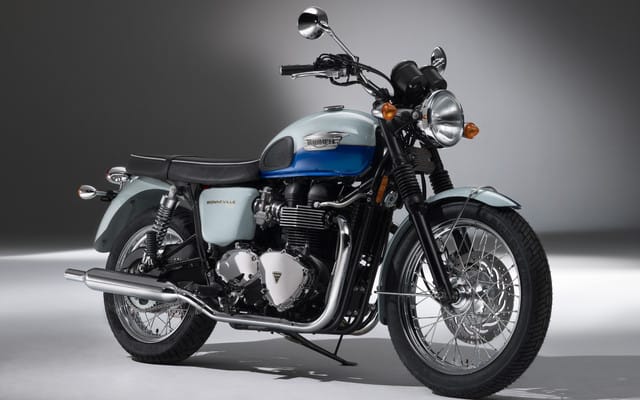 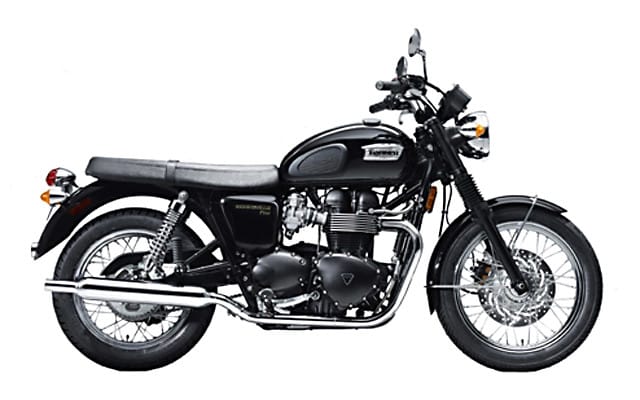 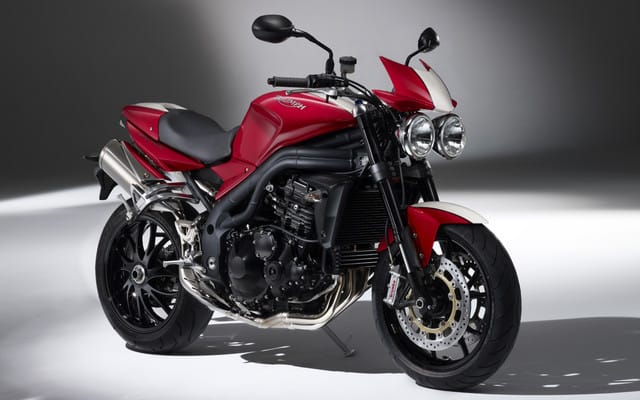 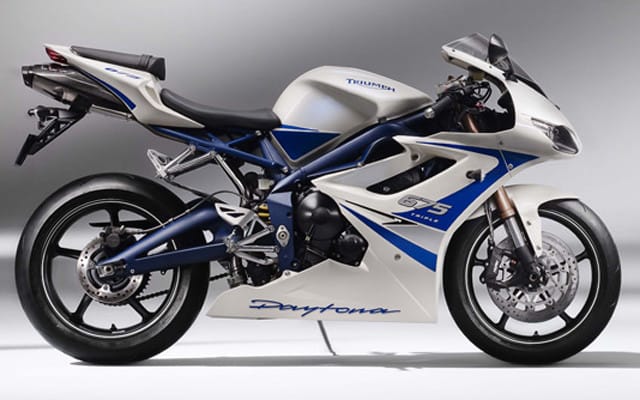 On the cusp of selling its 100,000th motorcycle since returning to North America 15 years ago, Triumph has announced that it will offer 7 new models by 2012. Currently offering 16 different models in three families, “cruiser, urban sport and modern classic,” the British marque says it plans to expand into categories where it does not currently compete.

Also announced was the addition of 6 special edition models to the 2010 lineup. The 1600cc Thunderbird SE comes standard with new carnival red paint, ABS, a quick detach touring windshield with wind deflectors, leather saddle bags, touring seat, quick detach passenger back rest with luggage rack, and rider and passenger floor boards. The Thunderbird 1700 has the optional 1700cc engine upgrade (increasing peak power from 85 hp to 99 hp) and ABS as standard and is finished in exclusive phantom red haze paint.  The Bonneville 60 a commemorative edition of the 1960 Bonneville motorcycle features two- tone meriden and caspian blue paint, a numbered handlebar clamp plaque and a certificate of authenticity. Only 100 of the 600 Bonneville 60’s built will be available in North America. The Bonneville T100 Black, as the moniker suggests, is an all black version. Created in response to customer requests according to Triumph, it also adds spoked wheels and a tachometer. The Speed  Triple SE  receives special tornado red paint with a white center stripe, seat cowl and flyscreen and the Daytona 675 SE in white and blue comes with a new graphics and carbon fibre trim package.

Availability and pricing of the 2010 special edition Triumph models in Canada has yet to be announced.