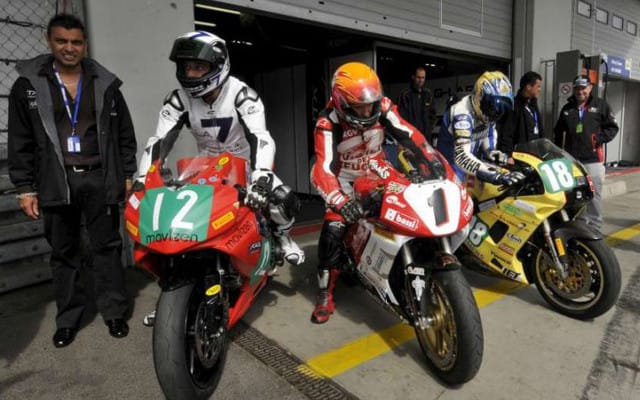 The the Federation Internationale de Motocyclisme (FIM) has announced that it is offering €1000 (1400 CAD) per rider per race and free entry to teams willing to compete in its TTXGP-rivalling e-Power series.

The top sixteen riders (a number exceeding expected entry levels) in first round qualifying will receive the ‘participation allowance’, according to the FIM, with each rider then getting the same fee for each of the remaining four rounds.

While the FIM’s e-racing cash incentive program can be read as a move to lure teams away from competing in the much larger 13-race TTXGP series and the Isle of Man’s independent TT Zero event, the Canadian Motorcycle Association’s (CMA) newly announced Alternative Energies Fund (AEF) provides financial support to Canadian teams wishing to race in any alternative energy events worldwide, as well as to organizers of such events held on Canadian soil.

“Competition in the past has led to significant technological developments that have improved the efficiency, safety and usefulness of the motorcycles we use today. Motorcycles, by their very nature are more efficient than other vehicles when some form of motorized transport is needed. They can do much to reduce fuel consumption and traffic congestion,” says Graham Read, chair of both the CMA Alternative Energies Fund and the CMA Environmental Panel, and a member of the FIM International Environment Commission.

“The CMA wishes to support the development of new and innovative technologies that will encourage motorcycle use to the benefit of the environment and of society at large,” adds Read.

While criteria for the new fund and amount of cash available have not yet been determined, money from the AEF could be used to cover such things as travel costs to zero emissions races, says the CMA.