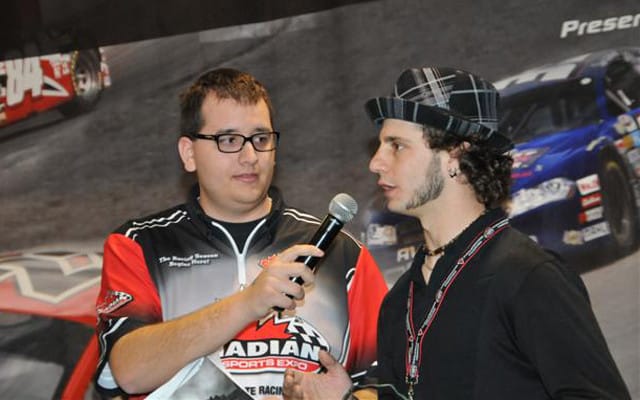 Rideless Szoke Racer of the Year at CME

For the second year in a row Canadian motorsport enthusiasts have voted Jordan Szoke Motorcycle Racer of the Year.

The Superbike crown was the sixth of Szoke’s career, tying him with Steve Crevier for the most national championships in the series’ 30-year history.

“We had an unbelievable year in 2009,” said Szoke. “Winning two national championships for the fourth year in a row is really hard to believe and tying Steve Crevier for the most Superbike titles is an achievement I’m particularly proud of.”

Szoke was presented with his award on Saturday evening during the Canadian Motorsports Expo at Toronto’s International Centre. He conveyed his thanks to the Canadian public for their votes.

“It’s always nice to be recognized by the fans,” Szoke said after the presentation.

Of course it remains to be seen if Szoke will also be recognized by a racing team, as the the former factory Kawasaki rider is still without a mount for the 2010 season.