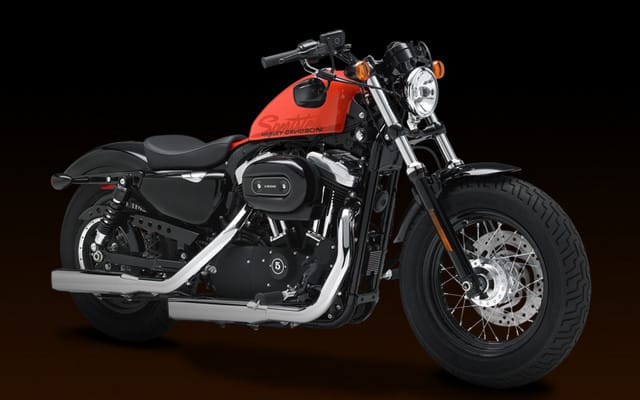 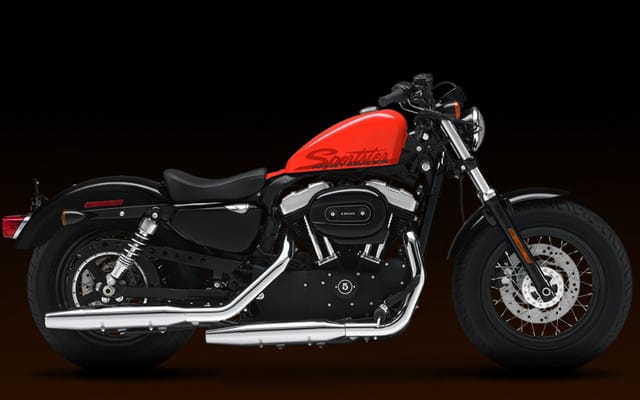 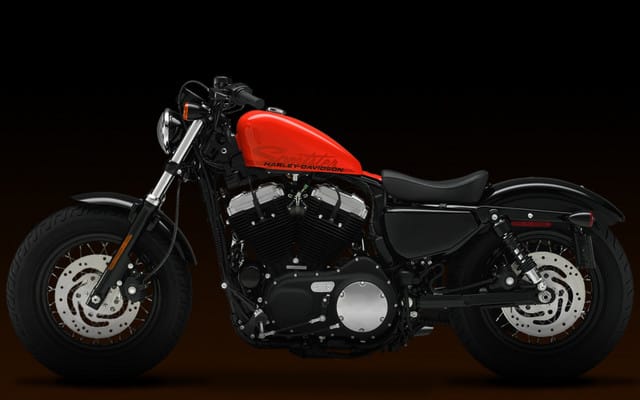 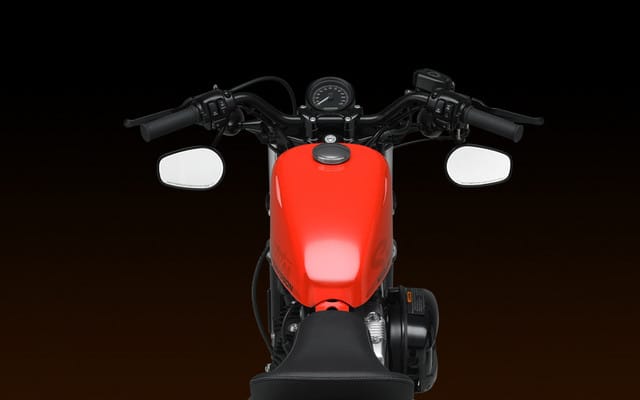 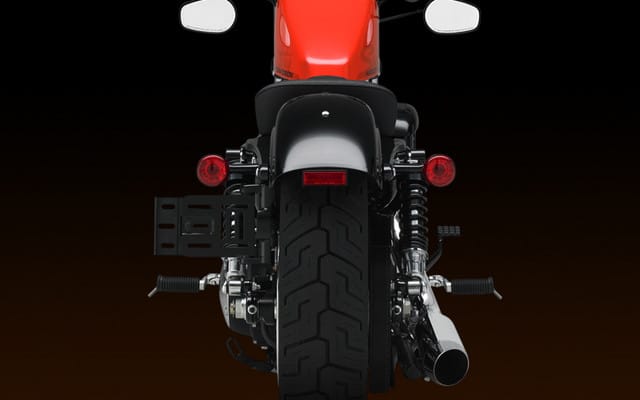 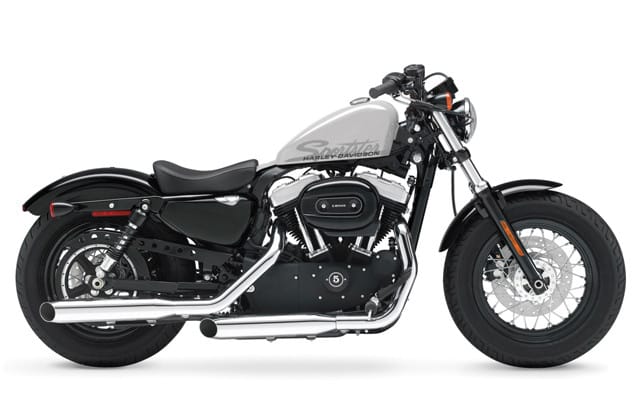 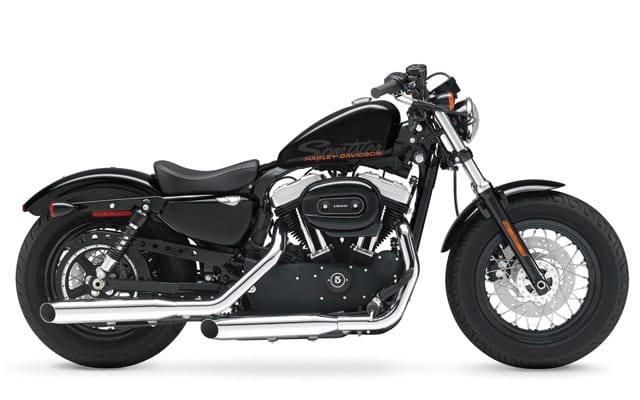 So, what makes this model different from the other Sportster models? Nothing really, other than badass styling details that make the Forty-Eight arguably the most attractive bike in the Sportster line. Included in the new package are bobbed fenders front and rear, 16-inch fat front tire, blacked-out and polished fuel injected 1200cc Evolution V-twin, solo seat that measures 710 mm (26 inches) from the ground, under-mounted mirrors, side mount license plate and tiny 8-litre peanut fuel tank. The smaller tank, though aesthetically very cool, may seem impractical to some, but lets face it, this bike isn’t meant to be a long-distance mount anyway.

Prices are $12,479 for black, and $12,819 for silver or orange and though there’s no word yet on when you’ll see one at your local dealer, Harley-Davidson Canada says the Forty-Eight is coming soon.