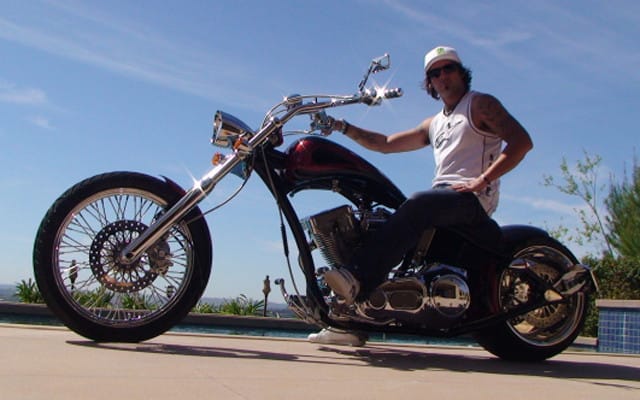 Speculation as to where American road racer John “Hopper” Hopkins will be riding in 2010 continued to heat up this week, with some online magazines terming the confusion surrounding contradictory reports, “Hoppergate”.

AMA Superbike Team M4 Suzuki, a.k.a. Team Hammer Inc., announced early in the week that the former MotoGP star will be testing their GSX-R1000 Superbike at California Speedway on February 2-3, 2010, which led many websites to report that Hopkins would be competing with them in AMA Superbike this year, and not, as rumoured, signing with fledgling MotoGP concern, FB Corse. This led to an immediate response from the Italian team stating in a press release that Hopper is theirs for the signing and that the Californian is only testing the Suzuki with their permission, the idea being to get him in race shape, while their three cylinder 800 cc MotoGP machine goes through it’s final stages of development.

Now we hear from Hopkins himself that he’s leaning towards the M4 Suzuki deal. In a phone interview with roadracingworld.com, Hopkins said, “It’s a matter of working out the little details. I haven’t signed anything yet. We’re still in talks with the FB Corse MotoGP team that’s supposed to be coming out this next year, but I’m just considering my options. I’m definitely leaning towards the M4 deal, for sure.”

“We’ve talked a lot with Monster [energy drink, Hopkins’ personal sponsor] and got things rolling with Monster. I think it’s a matter of time,” he added.

“The negotiations were to test the FB Corse bike and then make a decision whether I was gonna ride for them or not. But for them it’s not really much of an option for me to test and then sign, so I don’t think that’s going to happen,” said Hopper.

It gets better though, UK website motorcyclenews.com claims that Hopkins manager Bob Moore told them that his client could well be riding in both series.

“If the FB bike is good he could do both series, but will follow what Monster wants him to do. There’s a good chance that John will race both AMA Superbike and MotoGP races,” Moore told them.

The key phrase seems to be “what Monster [Hopkins’ personal sponsor] wants him to do”. Maybe he’ll end up in Supercross then. They’re big into that.