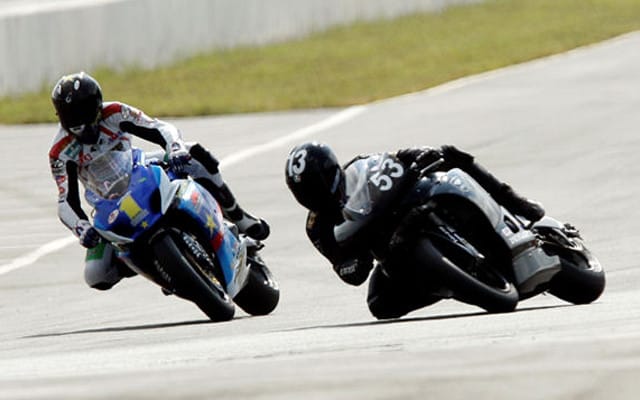 “We have had great success with the 1125R and XB12R in the last few years,” said Thomas Wanner, Pegusraceteam member. “Now we will expand our program by using the new 1190RR-B.”

Heartened by their first sale, Erik Buell Racing is also in the process of designing motorcycles for both Daytona Sportbike and American Superbike specs, to be used in the 2010 AMA Pro Roadracing season.

Meanwhile, it’s also been announced that all contents of the former Buell Motorcycle factory in East Troy, Wisconsin are to be auctioned off over the course of four weeks, starting January 28.

Along with every imaginable device used in the production of Buell motorcycles, curiously, a number of non-Buell motorcycles are also listed for sale, including a ’99 BMW1100RT, a ’98 Dakar KTM, a 2008 KTM SuperDuke, and a 2007 Triumph Speed Triple.

According to Bill Melvin Jr., CEO of auction firm, Liquid Asset Partners, “This factory was a state of the art, small scale factory. It’s the type of facility that many tools and items will be of great interest to the home mechanic and motorcycle fanatic. To make the sale successful we are prepared to deeply discount the inventory and sell everything in one month! It’s stacked high and we’re selling it cheap. The public won’t want to miss these deals.”