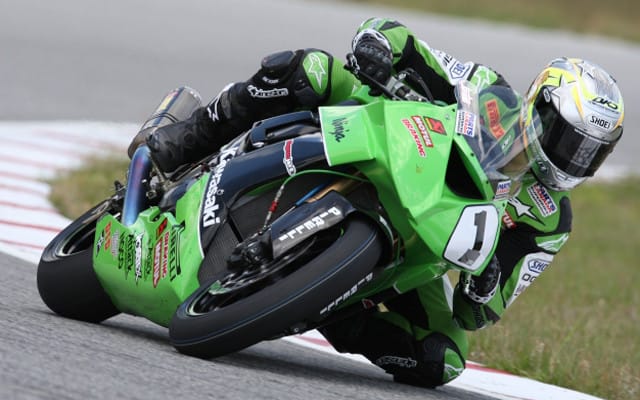 After being rumoured that Kawasaki was pulling its support from the Parts Canada Superbike Championship, it’s been officially announced that  Kawasaki will still be involved in the series, but not as a direct participant.  They’ll be contracting the racing out to Mike Crompton, long-time Kawasaki Canada crew chief and owner of Competition Systems, forming a new entity called Competition Systems Kawasaki Race Team.

“Due to a number of circumstances we have decided to suspend activities with our factory program for 2010,” said Jeff Comello of Canadian Kawasaki Motors. “But despite this state of change we have tried to keep as much continuity as possible and Mike Crompton and Competition Systems are the perfect fit. We have been together now for four-plus years and have enjoyed a great deal of success.”

Crompton, who’s been a top level Canadian motorsport builder and tuner for over 40 years, will take over as team owner and bring some of the existing Kawasaki crew members with him to the new outfit.

“Canadian Kawasaki Motors is a great company and I’m looking forward to this,” Crompton said. “We already have a good team structure and equipment. We’ve spent a number of years building this program and all we have to do is just continue what we’ve started.”

The agreement between Canadian Kawasaki Motors and Competition Systems is for one year and will be re-evaluated at the end of the 2010 racing season.

Having won four double championships (superbike and sport bike 600) in a row with Jordan Szoke in the saddle, the new Kawasaki team will now only be contesting the superbike class. As for who’ll be riding, word on the street is that it won’t be Szoke. “A rider and sponsors will be announced within a few days,” states the press release.