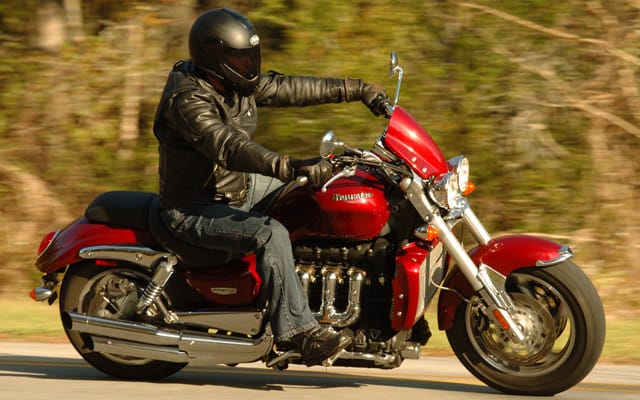 Triumph is celebrating! Canadians purchased more than 1,000 of their motorcycles in 2009, claims Triumph’s General Manager of Canadian Operations, Chris Ellis. We haven’t been able to find out from Chris yet how many more than one thousand units they sold, but according to Triumph, a 20 percent sales increase over the same period in 2008, with sales up 48 percent over the industry as a whole, makes them the fastest growing motorcycle brand in Canada.

We’re all for the motorcycle industry prospering (obviously) or at least recovering, and we don’t mean to be party poopers, but without hard numbers it’s difficult to fully gauge what this announcement means. Statistics can be deceiving. After all, selling 1 item one year and 2 the next is a 100 percent increase in sales.