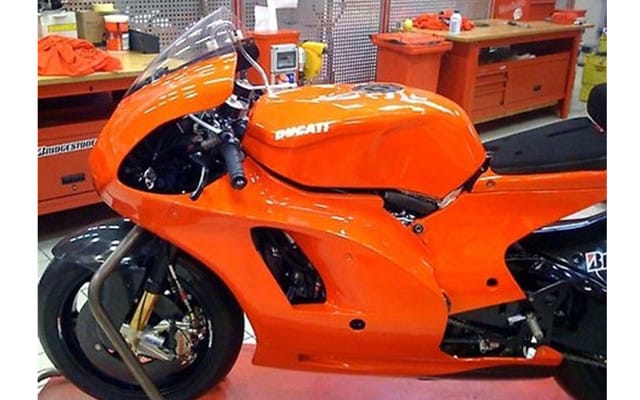 Hayden Scolded for Exposing his Weapon

A quick look at Nicky Hayden’s website shows that the personal photo of his “new weapon”, his Ducati Desmosedici GP10 is no longer there.

When Hayden was asked during in interview with motorcycleusa.com whether he got in trouble for posting the snapshot of his 2010 MotoGP bike, he laughingly responded, “Yeah. Yeah I did. I was just excited when I was over there doing some sponsor stuff and I figured everybody had basically seen the bike at the Valencia test already so I didn’t think it would be a big deal. I made a mistake and shouldn’t have put it up, but heck, it didn’t have any of the logos and everyone has seen it already. But, yeah, I got it a bit of trouble and I’m sorry about that one. Not too bad though. Ain’t like I’m putting engine blueprints online or something, ya know.”