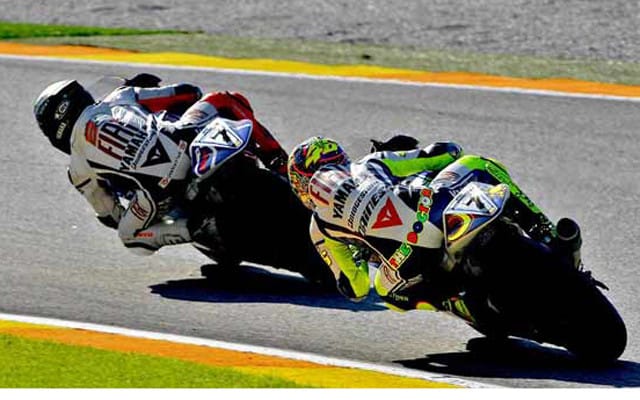 After a meeting between the Grand Prix Commission and the FIM in Geneva, it’s been officially confirmed that the maximum MotoGP engine capacity will return to 1000cc for the 2012 season.

“The main changes we have decided on are new rules for the MotoGP class. We will have four cylinder engines, 4-stroke of course, with a 1,000cc maximum, and the bore of the cylinders will be 81mm,” says Vito Ippolito, FIM president. “This base will give all the manufacturers the opportunity to start work. At the beginning of next year we will produce the new rules in a more complete format, but that is the basis; 2012 will be the year of a new era of MotoGP.”

Further meetings to fine-tune the format will take place before next season’s championship commences, according to MotoGP commercial rights-holder Carmelo Ezpeleta.

The four-stroke, unlimited cylinders 800cc variant will continue in MotoGP for the 2010 and 2011 seasons, but teams will be limited to six engines per rider next season with two extra engines allowed to each manufacturer for ‘wild card’ entries.

MotoGP started with 990cc engines when it superseded the 500cc world championship in 2002, but the engine capacity was reduced to 800cc at the start of the 2007 season.

The change though did not have the desired effect of reduced cornering speeds and led to criticism from leading riders who felt the lower power and greater importance of electronics such as traction control meant MotoGP was no longer sufficiently challenging.

In response to concerns that 1000cc engines would bring MotoGP too close to World Superbike rules, Ippolito has previously argued that engine similarity would be irrelevant because MotoGP bikes are pure racing prototypes whereas Superbikes are production based machines.