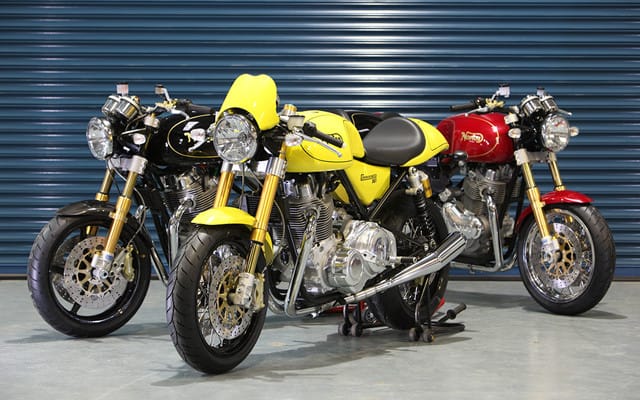 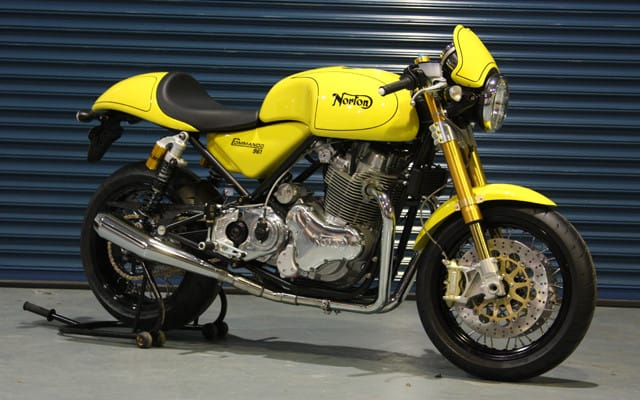 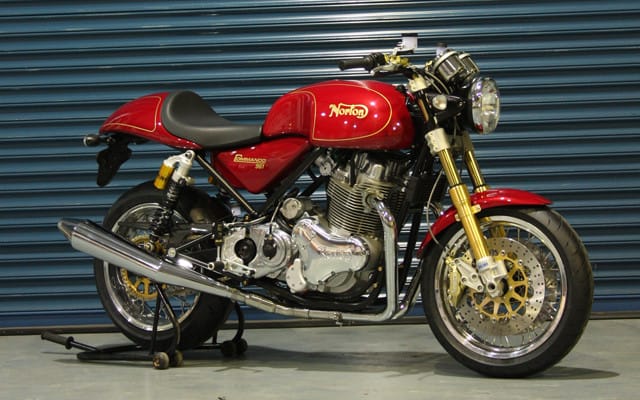 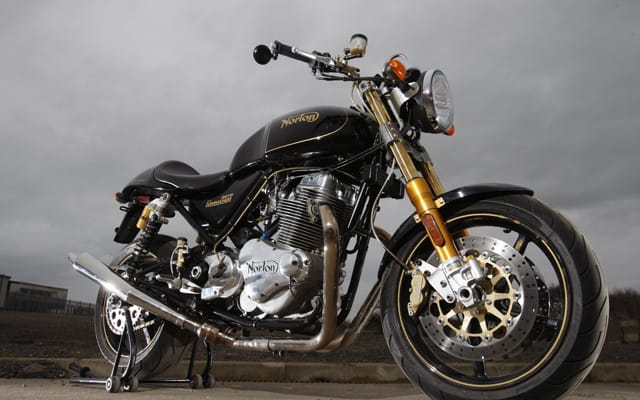 Back in September we brought you news of the reborn Norton Commando 961SE and the subsequent contracting of a Canadian Norton distributor. Two new Commando models have now been added to the family and unveiled at the NEC motorcycle show in Birmingham, England—the 961 Café Racer and the 961 Sport. Both models are mechanically identical to their 961cc parallel twin-powered older sibling, claiming the same 79hp output, but lacking its carbon fibre wheels and trim. Instead the café racer has black wheels and a wind deflector, as well as clip on handlebars and shorter “café style” mufflers, while the entry-level priced Sport is a bare bones model with chrome wheels.

According to Norton, their NEC display has been a great success “with an overwhelming amount of bikes sold”. Hard numbers though, were not mentioned.

The two newest Nortons aren’t yet available in Canada, but deposits will be taken on the Commando 961SE following the Dec. 11 – 13 Toronto Motorcycle Show (where you’ll be able to look at it up close and maybe sit on it for a few seconds) with delivery expected in July 2010. Twenty of the 200 SE’s being produced for world consumption, will be available for sale in Canada. Each purchase includes a matching serialized Norton/Bremont wrist watch, a Norton/Arai helmet and a Norton jacket. No word yet on Canadian pricing, though the SE is listed at £15,995 ($27,829CAD) in the UK, with the Café Racer and and Sport respectively, £13,495 ($23,484CAD) and £11,995 ($20,868 CAD).

If you’re going to the Toronto show be sure and drop by the Cycle Canada booth to meet editor and ’74 Commando owner Neil Graham and discuss his views on retro styled machines.