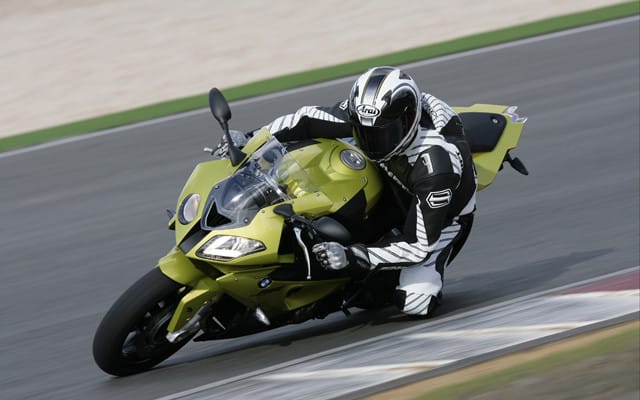 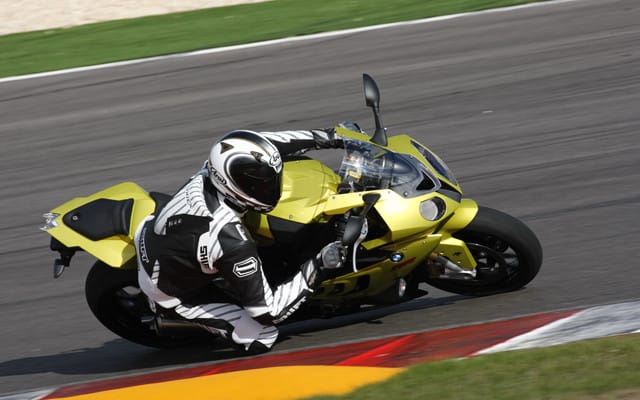 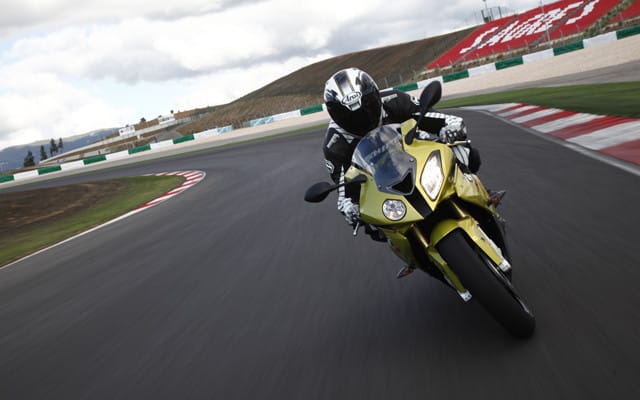 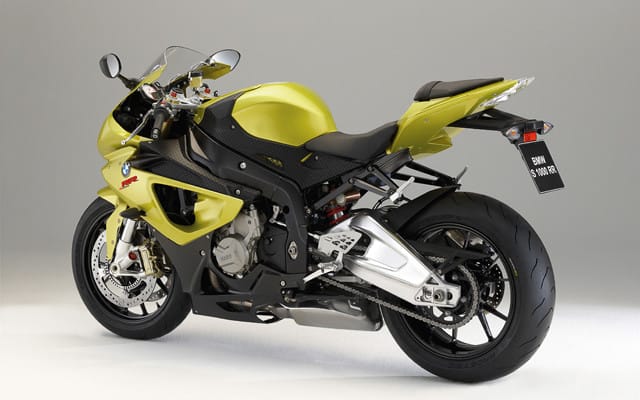 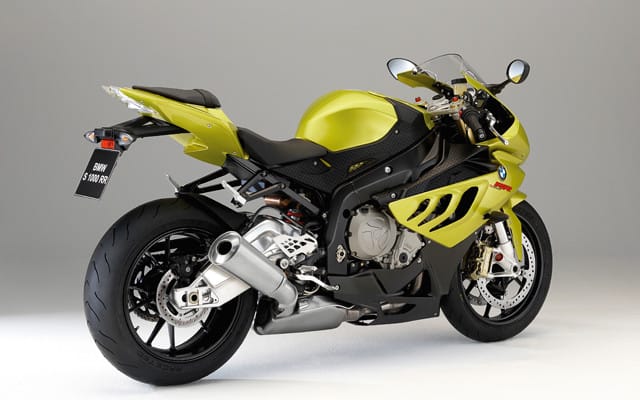 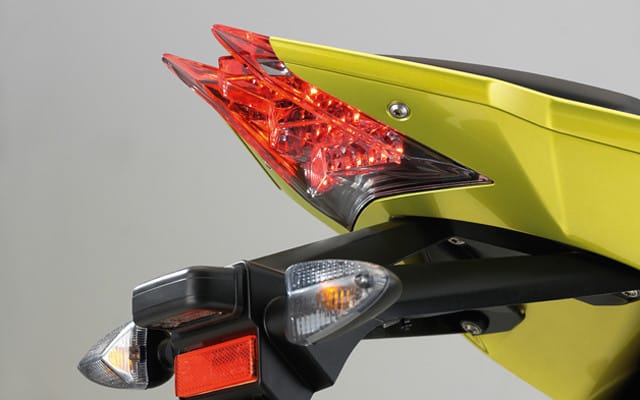 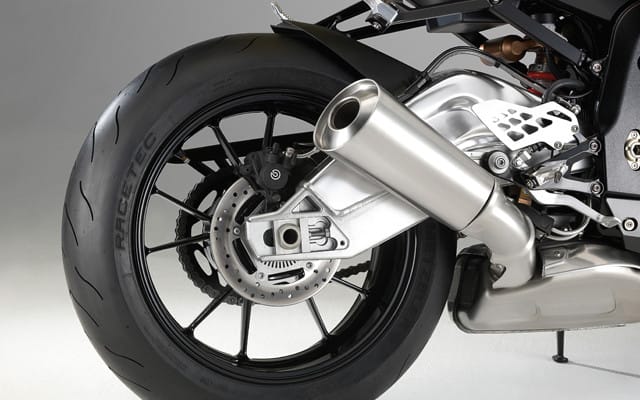 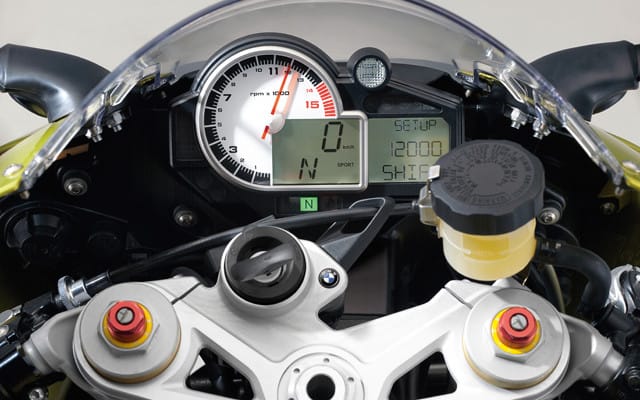 When word leaked that BMW was building a superbike, the news was greeted with anticipation and more than a little bemusement. Just what, after all, does the word superbike mean? It’s a little different for every manufacturer, but beyond suggesting a bike that is fast, the word has no hard definition. And it was anyone’s guess what it was going to mean to BMW—all we knew was that it was going to be different. Two boxer engines piled on top of each other? What about a V-six? A straight five?

But when early pictures of the S1000RR surfaced it was odd in a way that no one expected. It had chain drive, and a telescopic fork, and the four-cylinder engine sat crossways in an aluminum frame. Just like every Japanese superbike. BMW’s research into the superbike platform, if nothing else, revealed that the architecture that the Japanese universally adopted was sound. It is, according to BMW, the cheapest way to go fast, as the straight-four offers good economy of manufacture and allows for efficient packaging of ancillary components.

And BMW always claimed that it would be cost-competitive with Japanese superbikes. The S1000RR, at $17,300, is $500 more than Yamaha’s R1. But for that price the BMW includes race ABS, traction control, and automated shift assistance, which makes it the better deal—if, of course, the bike is the equal of the R1, or the CBR, ZX-10, or GSX-R. I’m about to find out.

BMW’s system is simple to explain yet complicated in execution. The ABS and the traction control (DTC in BMW-speak, for Dynamic Traction Control) are linked together. The right handlebar switchblock has a mode button that allows the rider to select one of four modes: rain, sport, race, and slick. In rain mode, output is limited to 150 horsepower; but that’s not all, as a lean angle sensor curbs acceleration if the bike is leaned over beyond 38 degrees. Sport mode allows the full 193 claimed horsepower, and will not allow acceleration beyond 45 degrees of lean. Next is race mode, which allows 48 degrees of lean before it weighs in and is the sticky street-legal-tire track-day setting. And, finally, the slick stetting is for slicks, and will accept throttle at up to 53 degrees of lean.

We begin in rain mode at a sedate pace, but as soon as my knee skims the ground in a slow, second gear corner, I open the throttle aggressively. It is an odd sensation, as the bike seems sluggish to respond, but as I exit the corner and straighten the bike I start going faster and faster. The lean angle detector knows that I’m now on the fatter part of the tire and allows more acceleration.

BMW claims that the cylinder bore of 80 mm is the largest in the class, and yet the engine is rich in torque from low revs on the way to its 14,200-rpm redline. Claimed torque is 82.5 lb-ft at 9,750 rpm, and variable length intake manifolds aid boost. The gearbox is sublime. And much of the praise can be heaped on the shift assistant. When you’re shifting up it is not necessary to use the clutch or to roll out of the throttle. As your foot nudges the lever the ignition is momentarily interrupted to facilitate a crunch-free shift.

Designer David Robb’s goal with the S1000RR was to minimize the height of the machine while visually stretching its length. Robb wanted the eye to run from the tip of the headlight out the tail to the protruding taillight. The headlights are intended to emulate the look of endurance racers, with the left light stretched to mimic the shape of a number plate. Robb also made no attempt to make the side fairing panels remotely similar. The left panel has a large duct for air expelled from the front-mounted radiator, while the right side has shark-gill vents to dispel heat.

I ask former World Superbike champion and current BWM rider Troy Corser how the BMW compares to the Japanese superbikes that he’s raced. After thinking for a moment he says that it has elements of all of them, and then adds, with apparent sincerity, that in his opinion it’s as good as any bike right now. The S1000RR has jumped into the toughest segment in motorcycling and shown itself, in many ways, to be eerily similar to the competition. That alone makes it a good bike. But figure in the sophisticated electronics and the price and it just might be the best bike for you and me.