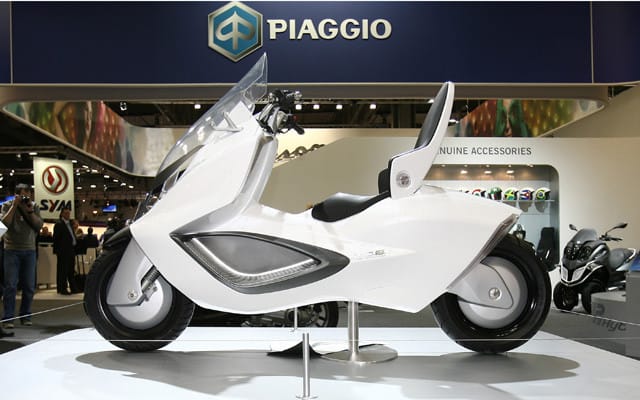 Introduced in 2009 and coming to Canada in 2010, Piaggio’s MP3 Hybrid 3-wheeler was the world’s first plug-in hybrid scooter. Yesterday at EICMA, the Italian manufacturer put another of its hybrid innovations on display, the two-wheeled USB (urban sport bike) prototype.

Piaggio says the USB is designed to offer the convenience of a scooter and the comfort of a compact car in three different configurations: single-seater, two-seater, and a cargo-ready version with top box. Top speed, with both gas and electric motors engaged is over 100 kph claims Piaggio, and at an average cruising speed of 60 kph, in the zero emissions electric only mode, they guarantee a 50 km range on a single charge.

No word on whether Piaggio plans to put the USB into production.