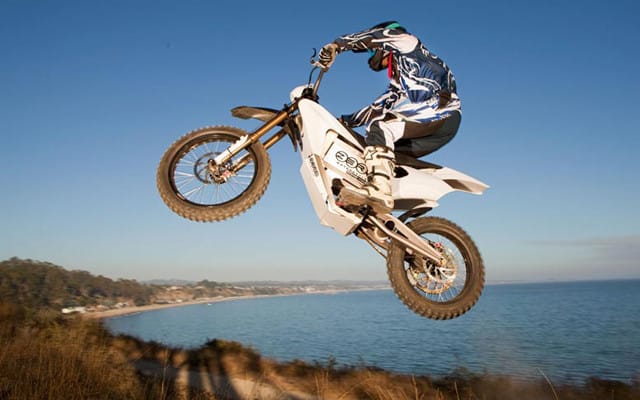 A Zero MX ridden by Thomas Aubrey won the Electric Motorcycle Challenge at an off-road event in Gironville, France on Oct. 18. Aubrey handily beat four other electric bikes from Swiss manufacturer Quantya. More impressive though is the fact that the electric racer finished third overall in its class against approximately 40 gas powered machines, after placing 5th in the first moto and winning the second.

“This was quite an event! We didn’t even know about it until two weeks prior so we really pushed to get our team in order and race ready. This was our first appearance in a European competition like this and the Zero MX out-performed all other bikes in our category,” said Edwin Belonje, director of European sales & marketing for Zero Motorcycles. “We are excited to capture this win and are looking forward to taking on even more competitors as the development of electric motorcycles continues to evolve.”

As we reported previously,  Zero motorcycles are available directly from the manufacturer online and they do ship to Canada.