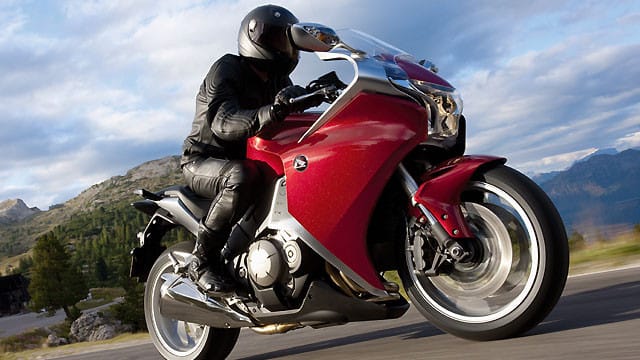 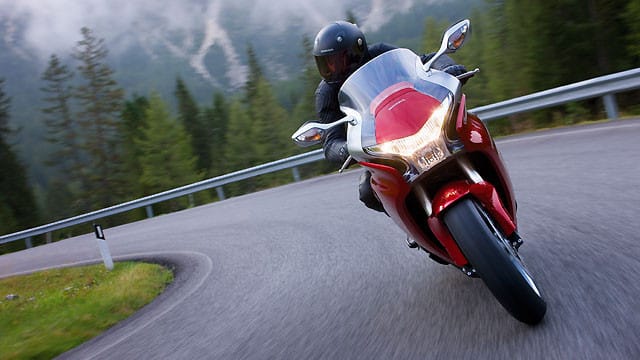 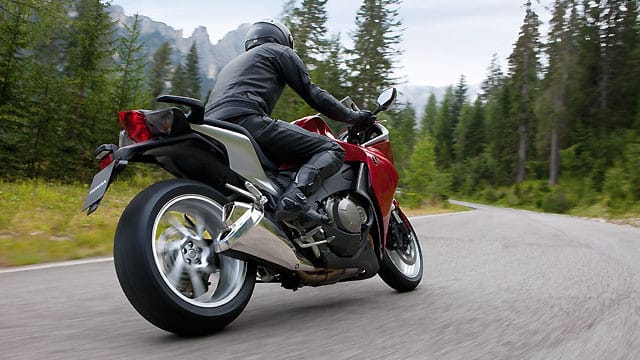 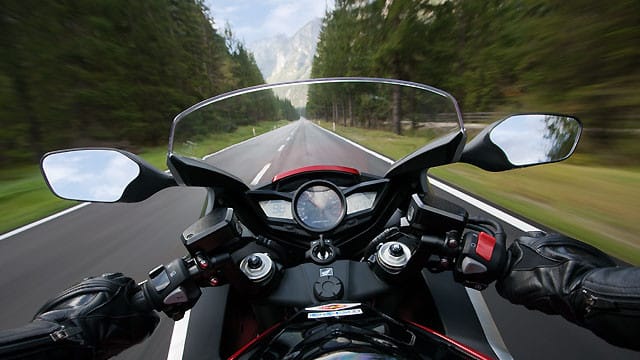 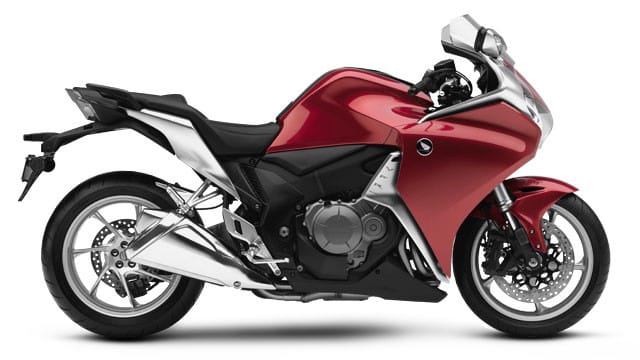 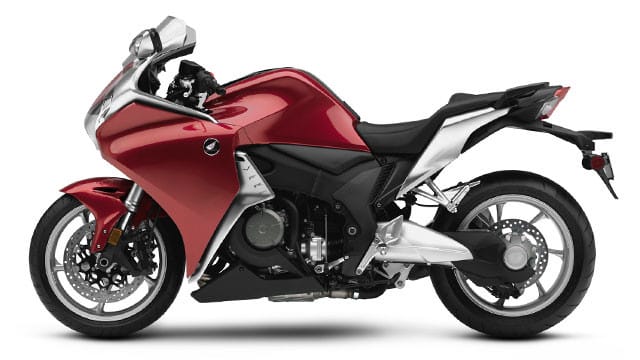 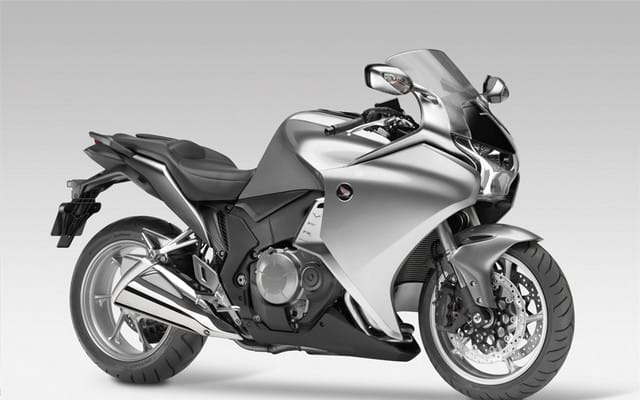 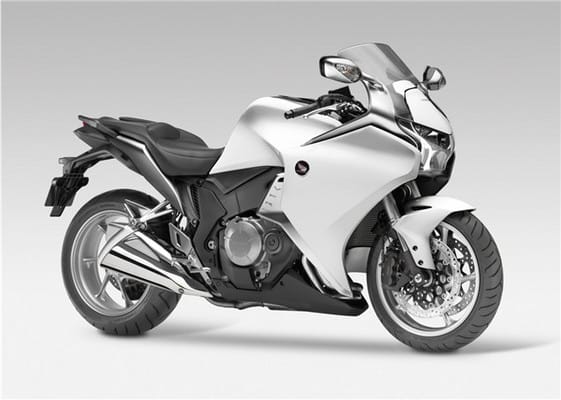 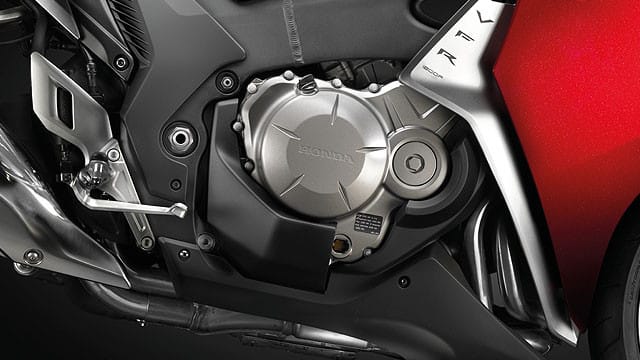 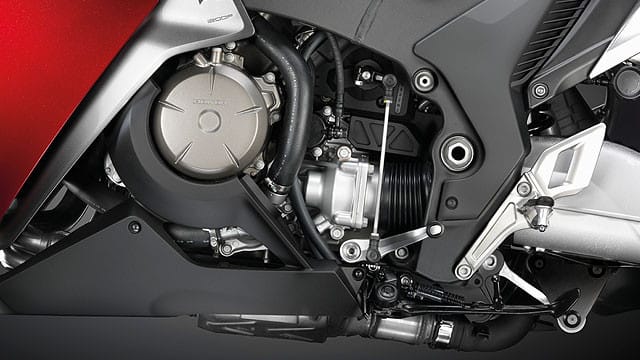 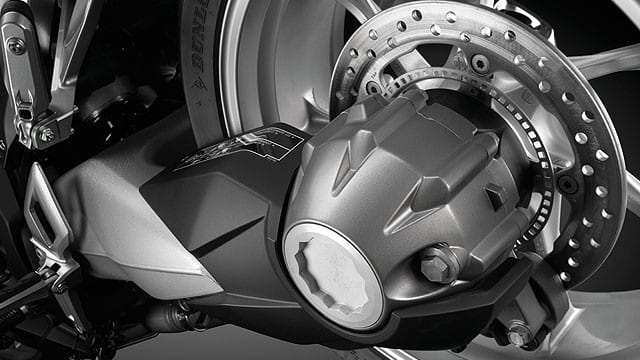 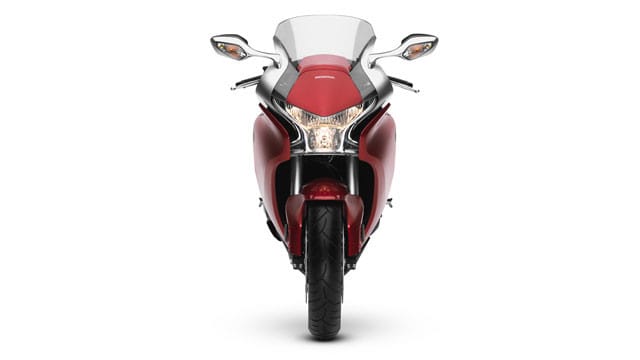 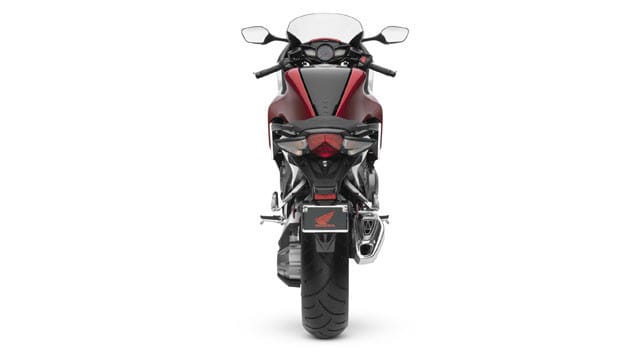 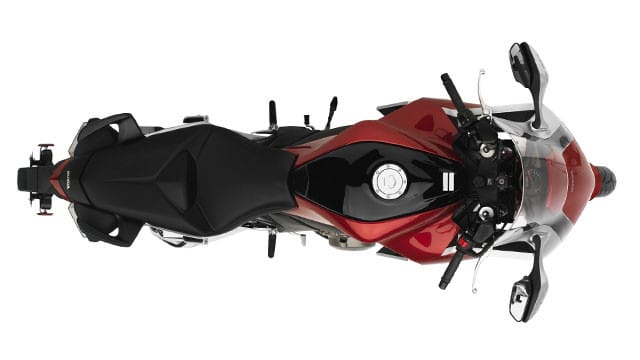 You’ve most likely already seen the spy photos that have been posted all over web, including here, but Honda has finally officially unveiled the VFR1200F in Europe and the US. Although pricing is yet to be determined, the highly anticipated replacement for the VFR800 will be available in the UK in early 2010 and by spring in the US, Honda says. We’re still awaiting Canadian details here in the hinterlands, but we’re hopeful that they’ll be announced at an upcoming Honda Canada media summit on October 16, and that we’ll then be able to give you some idea when you’ll be able to see the new VFR gracing a local showroom. Until then here’s a few more details to add to our previous posts on the much hyped machine.

Billed as a sport-tourer for “experienced hands who ride hard, ride long, ride far and ride often”, the new VFR is powered by a 1237cc, 16-valve V-4 engine claiming 172 hp and 95 lb ft of torque. The new motor’s compact design using unicam heads has allowed a narrower angle between the cylinders—now 76 degrees in comparison the to its predecessor’s 90 degree V4. Crammed into that narrow wedge is a quartet of 44-millimeter throttle bodies, controlled by Honda’s first-ever of ‘Throttle-By-Wire’ technology which claims to optimize throttle response. The previous model’s chain drive has been exchanged for a next-generation shaft drive with an offset pivot and sliding CV joint to reduce shaft-jack under acceleration. Linked ABS comes standard, and riders can choose between a standard transmission and Honda’s new Dual Clutch Automatic Transmission, which we told you about a few weeks ago.

Honda claims a curb weight of 591 pounds for the standard transmission VFR, which puts the bike on par with other sport tourers. Choose the dual-clutch automatic version, and you’ll add another 22 pounds to that figure. The VFR1200F comes in three colours, Candy Prominence Red, Seal Silver Metallic and Pearl Sunbeam White.