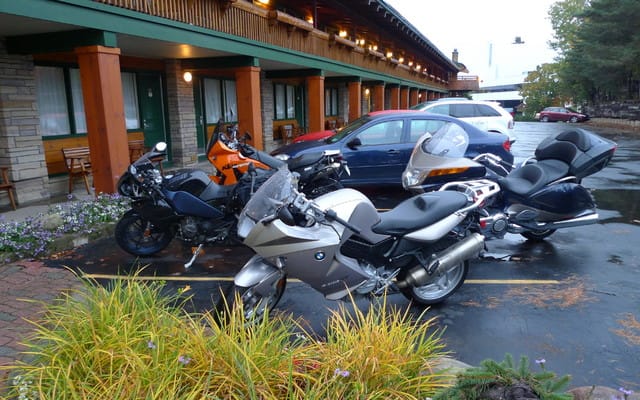 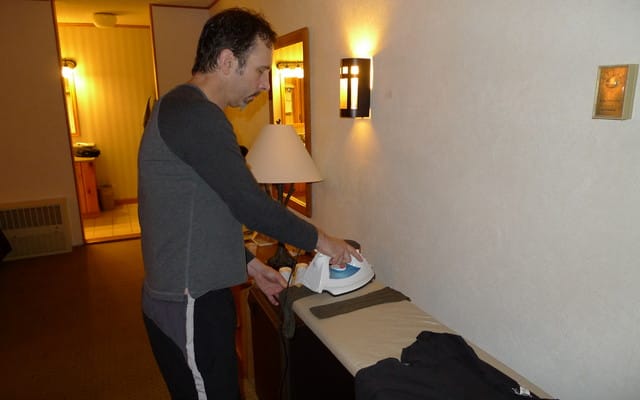 After forgoing the ritual last year, we’ve reinsated our annual fall tour; four riders testing four different bikes, riding for a week in search of fall colours and trying to not get on each others nerves. It’ll once again be one of the staples of our magazine. The bikes this year, BMW F800ST, KTM Adventure 990, Buell 1125R, Victory Vision ridden by Graham, Wachtendorf, Thornton and your’s truly, Derreck Roemer.

We got off to a soggy start leaving Toronto yesterday under mostly sunny skies to encounter an afternoon of heavy rain starting just as we reached Neil’s hometown, Belleville, Ontario and not ending until we were about an hour and a half outside of Lake Placid, our day one destination. The skies opened up again just after the concierge handed us our room keys, not a moment to soon.

Uwe is off to buy some new boots to replace the sponges he wore yesterday, before we head of for the white mountains in New Hampshire today. Hopefully the weather gods will be with us  so that we can test the bikes under dry conditions and actually enjoy the serpentine roads.

Stay tuned for more reports from the field and of course an upcoming feature article in Cycle Canada Magazine.