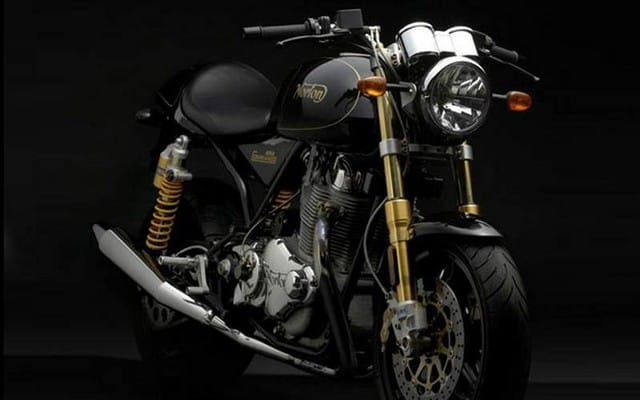 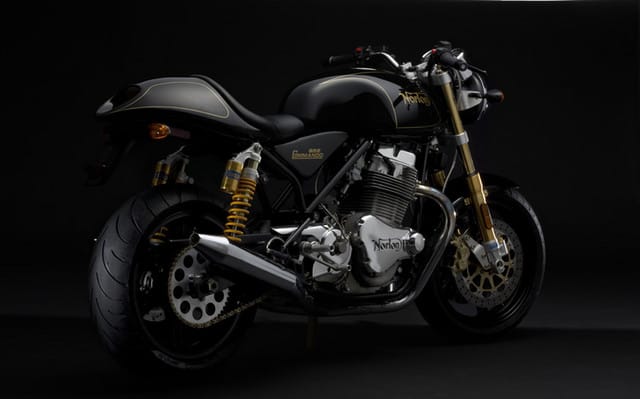 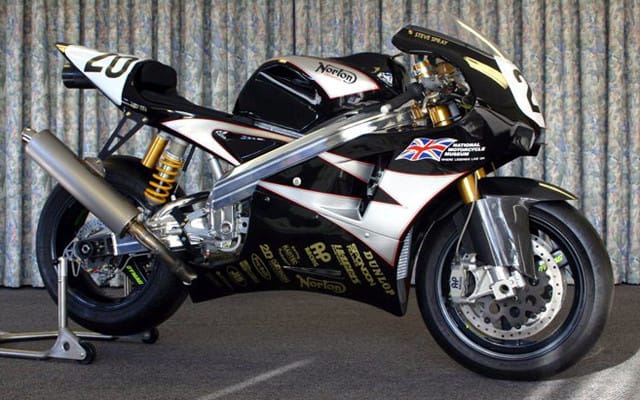 Norton to Launch All New Commando

British Manufacturer Norton will return to its 1898 birthplace this November,  to launch their new range of models at The Carole Nash International Motorcycle & Scooter Show 2009, in Birmingham, UK.

Norton will unveil two new machines to the world at the Birmingham show, the 961 SE Commando and the Café Racer Commando.

British entrepreneur and bike enthusiast, Stuart Garner, bought the rights to the iconic marque in 2008 and his work to resurrect the Norton brand since then has included the development of a rotary-engined race bike, the NRV588, and a return to the Isle of Man TT this past June, where a twin-cylinder Norton won its class in the first ever TT back in 1907. Garner also recently rode the NRV at Bonneville Salt Flats, logging over 289 kph for a 278 kph average run. The Norton race bike will also be on display at the show.

“We are very excited to be back!”, Garner said.

No info yet on the Café Racer, but the specs on the 961 SE say it’s powered by a 961cc air cooled, parallel twin, putting out 79 hp at 6500rpm and 66 lb/ft of torque at 5200 rpm. Wheels are 17″ carbon fibre and the gearbox is a constant mesh 5 speed. Norton claims that their modern roadster reflects the soul of the original machine and continues the Norton legacy of defined style and performance.

Pricing has yet to be announced and for now the bike will only be available directly from the UK manufacturer, but their website does indicate that they’re looking for North American dealers, so we may well see the modern Commando in Canada sometime soon.