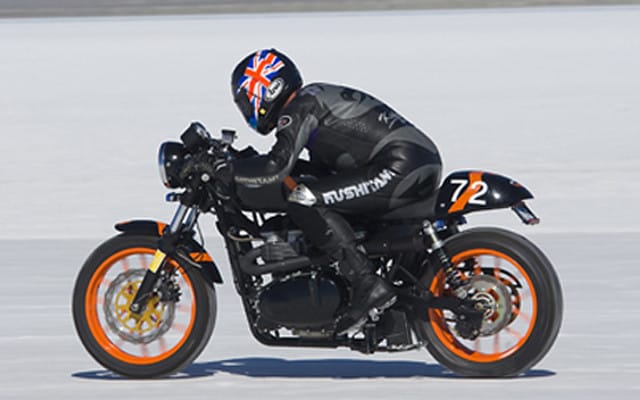 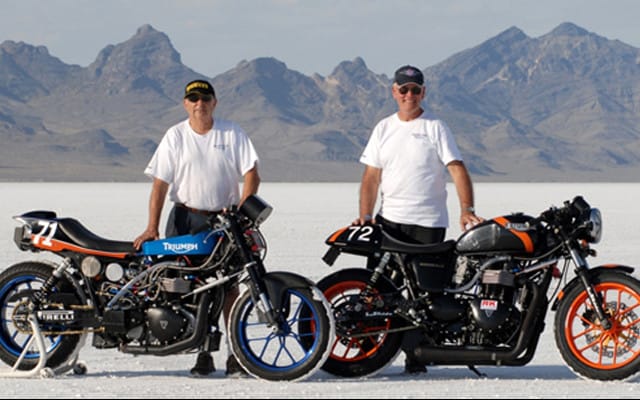 “We’ve been coming to Bonneville since 2007 in preparation for this, the Bonneville model’s 50th birthday year,” said Cathcart. “Breaking the 150 mph barrier with the standard bike was always our main objective, and when the FIM established the new Twin-Cylinder category for Speed Records, it was great that we could claim official World Records by doing so. Matt Capri is a genius when it comes to tuning bikes for the Salt, at 4,400 feet in altitude. To set two more World marks with the Turbo, which he’s developed almost as an afterthought and has spent very little time on, is just the icing on the cake. For sure this is a 180 mph-plus motorcycle with more development in its present naked guise, and with a fairing it’ll go much faster. Maybe we’ll be back next year to try to join the 200 MPH Club with it!”

Watch for a review of the 2010 Triumph Thruxton online and in an upcoming issue of Cycle Canada Magazine.