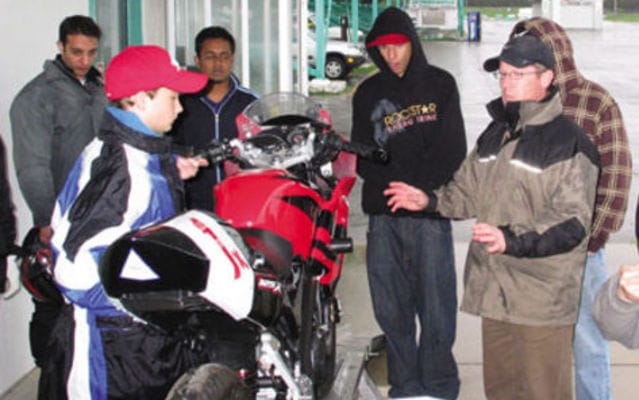 Quebec’s automobile insurance board is hoping strict rules on motorbike ownership will cut road accident rates in the province.

The Societe de l’assurance automobile du Quebec, or the SAAQ, will restrict access to high-powered sports bikes to riders over 25-years-old or with more than five years experience.

The board hopes it will protect sports bike aficionados who they contend are over represented in accident statistics.

Because the agency’s data suggests the risks of accidents is directly linked to cylinder size and the type of motorcycle, it’s divided motorbikes into two categories: high-risk sports bikes designed for speed and performance, and regular motorbikes.

The SAAQ’s president, John Harbour, says the tighter restriction will allow riders to work their way up to driving the faster, more powerful models.

“The status quo will remain for those who already ride those motorbikes but the new wave of riders will have gradual access,” he said.

It’s not only novice riders who’ll face restrictions. Even bikers who hit the age and experience benchmark could be forced off the high-powered models if they have a poor driving record.

“It’s like being a good father,” Harbour said. “It’s about knowing at what point someone is ready to drive such-and-such a model.”

Ambitious reforms to the classifications and fee schedule are expected to be tabled by 2011 and are supposed to reduce the burden for some bikers while tightening restrictions on young, inexperienced and dangerous drivers. The SAAQ would introduce a personalized fee schedule that would reward safe drivers and target the offenders.

But the province’s motorcyclists have so far been unimpressed by government reforms.

The bikers are upset over registration-fee increases that started last year. Riders with the most powerful models have been the hardest hit, seeing annual fees spiking from $667 in 2008 to $1,030 this year.

But the province contends the bikers should pay more because they have a higher rate of accidents and are a bigger drain on public insurance.