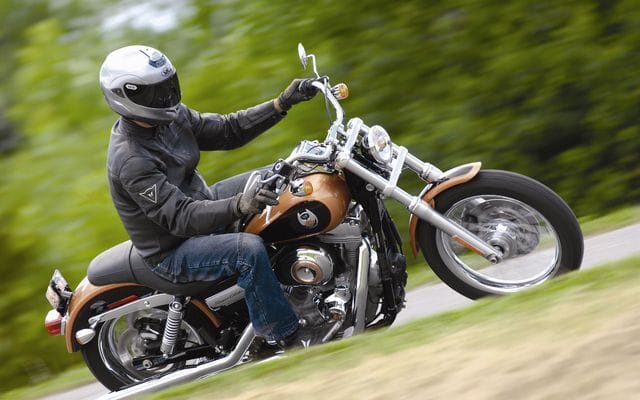 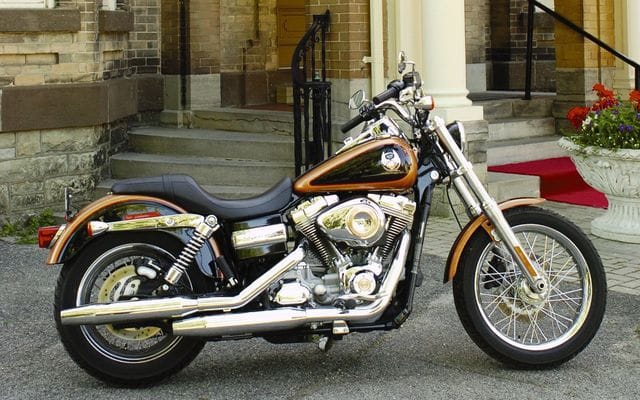 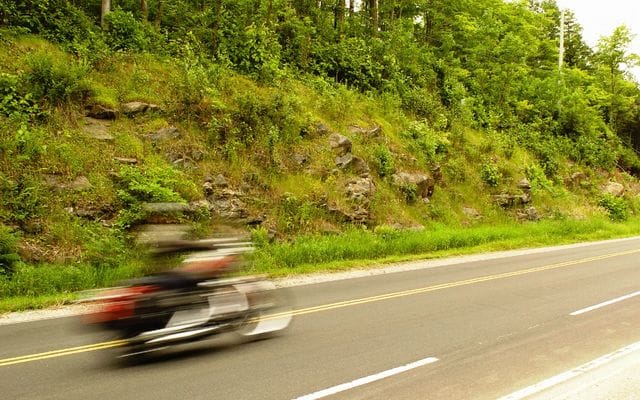 People say that you’re either a Harley person or you’re not, and if I must fall on one side or the other of the divide then it’s simple—I’m not. An Electra Glide from a fall tour four years ago was my first Harley ride, and compared to the BMW and Honda on the trip it felt antiquated. The chassis flexed unacceptably cornering at just a moderate pace, and what the engine lacked in power it compensated for by squirming excitedly about on its mounts.

Next came a Heritage Softail that looked so close to a 1950s Panhead that it made your eyes water. But the brakes were poor and the fork bobbed freely and made loud clanking noises. We wondered if the fork lacked oil, but when it was returned and examined, they told us that it was working as designed. But you can’t dismiss a company that sells 300,000 motorcycles annually, because what they’re making appeals to a lot of people, even if it’s not you. Was I missing something, is there a quality that only a Harley-Davidson possesses?

Occasionally I’d see a Harley on the road and my head would whip around, but it was never the Heritage models or the bombastic Fat Bobs or the slammed V-Rods that caught my eye. What I’d notice were models that looked, to my sensibilities, like regular motorcycles. No ape hanger handlebar, no exaggerated footpeg placement that shoved feet toward the front wheel and no tires so fat that they looked plucked from a half-ton.  So I did what anybody would do. I went to the Harley website and spent an afternoon looking at pictures and jotting down specifications, and what I came up with was the FXDC Dyna Super Glide Custom. The rear tire is 160 mm wide, skinny by current cruiser standards; the footpegs are mid-mounted, according to Harley nomenclature, and the handlebar sits below the shoulders. Unfortunately there was no Super Glide in the press fleet, but with the help of Deeley’s Alex Carroni, who liberated one from the staff pool, I set out on my trip down Highway 7 (http://www.passionperformance.ca/motorcycle/articles/4337).

Motorcycle magazine people, and I include myself among them, test cruisers by seeing how much metal they can grind off the pipes or the footboards by riding too aggressively. But no one who buys them rides like that, so taking my cue from the Glide in Super Glide, I left the city and rode at speeds between 80 km/h and 120 km/h. Mechanically, the Super Glide impressed. The rubber-mounted engine was smooth, quiet and powerful. The six-speed transmission shifted positively and quietly with short lever throw and the clutch action was light. The single disc brake looked like it would be overwhelmed by 307 kg (677 lb) of Milwaukee beef, but with a four-fingered squeeze at the lever and full use of the rear brake stopping didn’t cause concern.

Once, I cut off the fairly straight Highway 7 down a favourite twisty road and reverted to my old ways. Even with the pipes dragging around a sweeping bend at 140 km/h the bike was composed, and didn’t show any of the wobbles of the earlier Harley I’d ridden. But when I flew over a set of train tracks I slowed and behaved for the rest of the trip; the reality of limited suspension travel and a deeply dished seat means that there is little mediation between the bump on the ground and the whack to the spine.

What was most peculiar about the Super Glide was that the riding position, that looks so neutral in photographs, was odd to acclimatize to. The footpeg location neither bent the knees too much nor stretched the leg too straight, but something in the seat to peg -relationship caused an uncomfortable ache in my hips that I’d never experienced on a motorcycle before. Perhaps it’s that to clear the exhaust pipes and the primary chain case the footpegs are widely spaced, or maybe it’s just my body travelling past another signpost of decay, but regardless of the reason, I had to limit riding to no longer than an hour at a time.

I did something on this trip that I’ve rarely been able to do before; enjoy going slow. And the Super Glide had everything to do with it. At speeds over 110 km/h the cruiser riding position uses the body as a sail and exhausts arms and jams the tailbone into the lip at the rear of the seat. But slowed to 100 km/h or below and burbling along in top gear the bike exuded heaviness, like Led Zeppelin playing Muddy Waters, and ridden like this, the Super Glide was as rewarding, in its own way, as thrashing a superbike at speed. The Super Glide isn’t exactly the motorcycle for me, at least not right now, but it’s much closer to a machine I’d be happy to own than I ever would have expected.