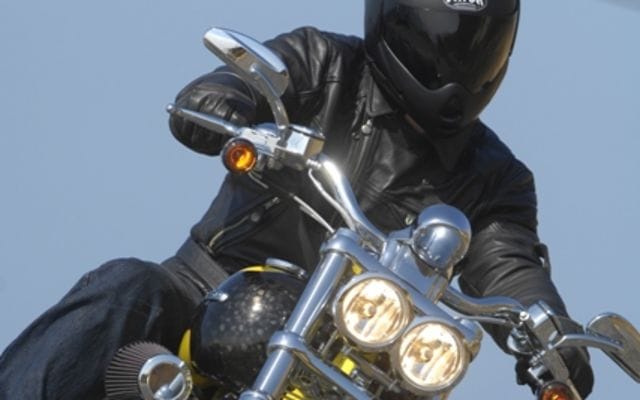 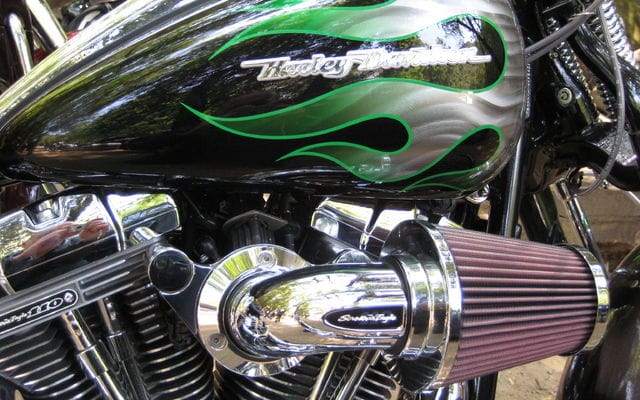 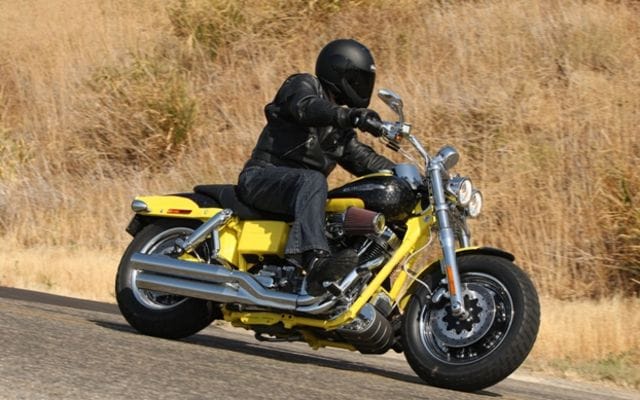 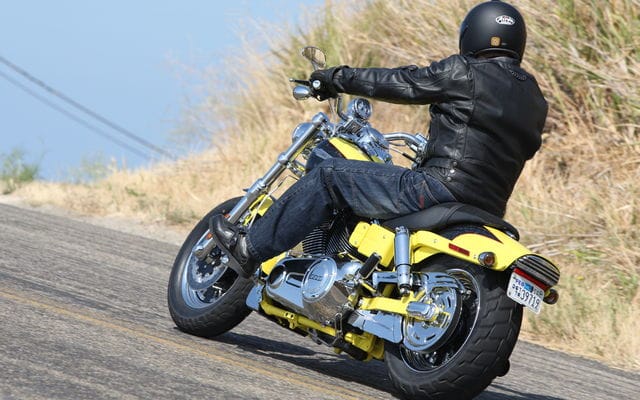 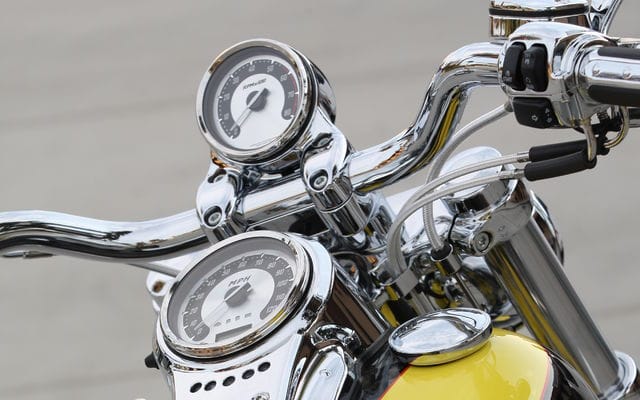 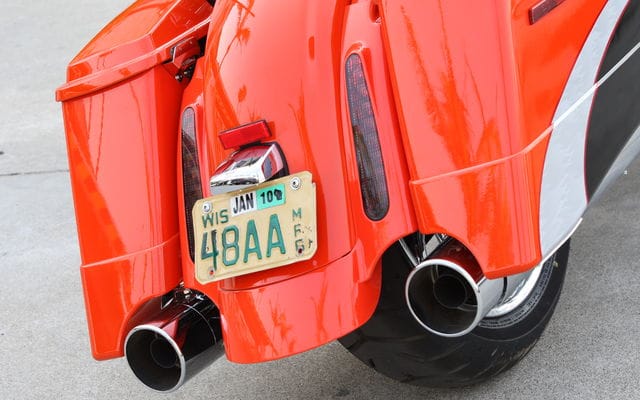 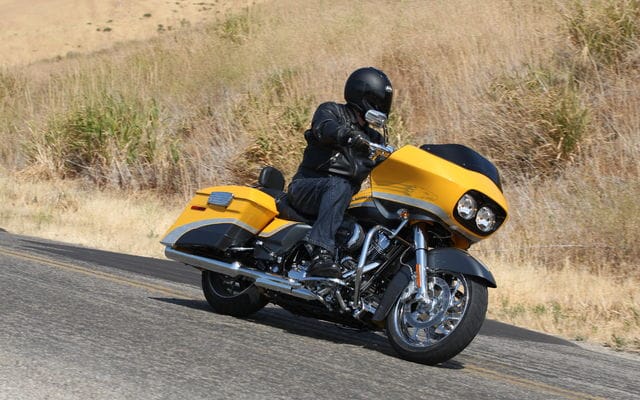 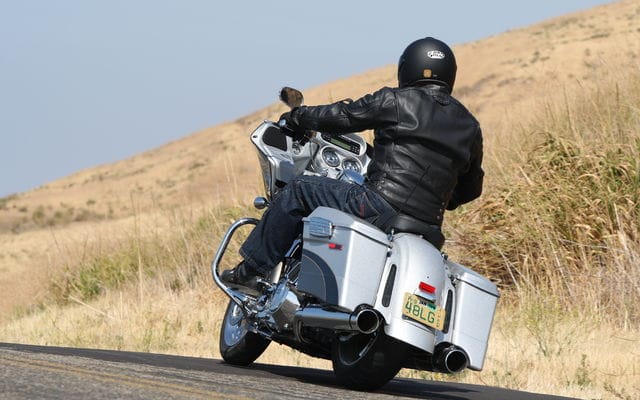 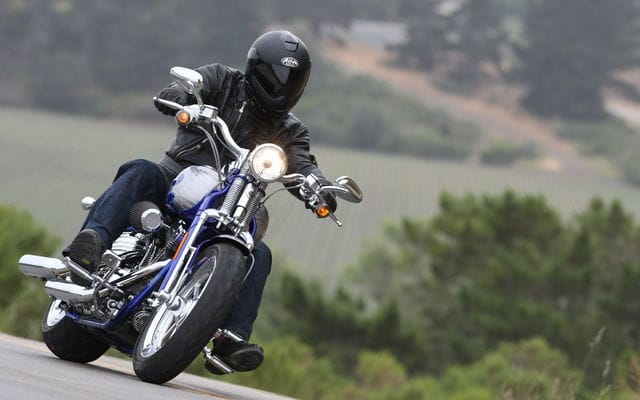 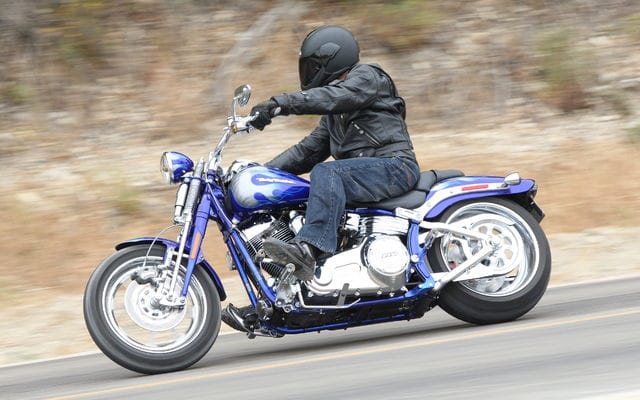 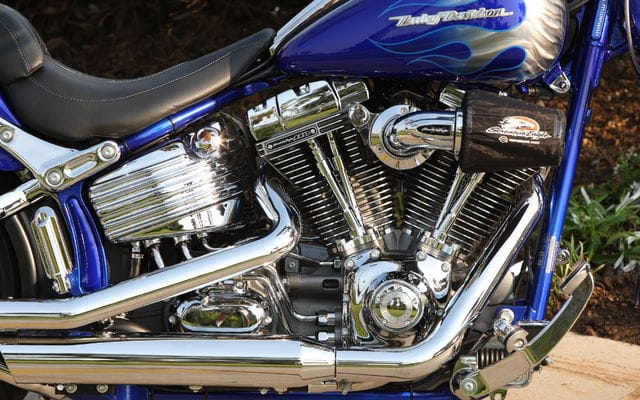 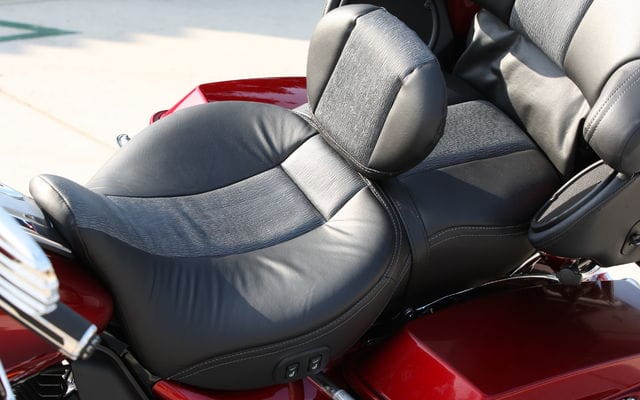 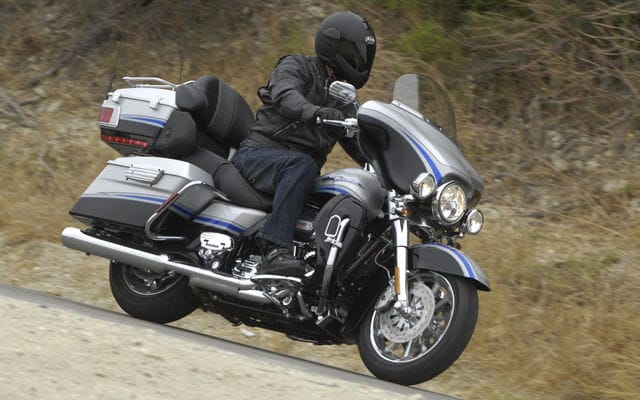 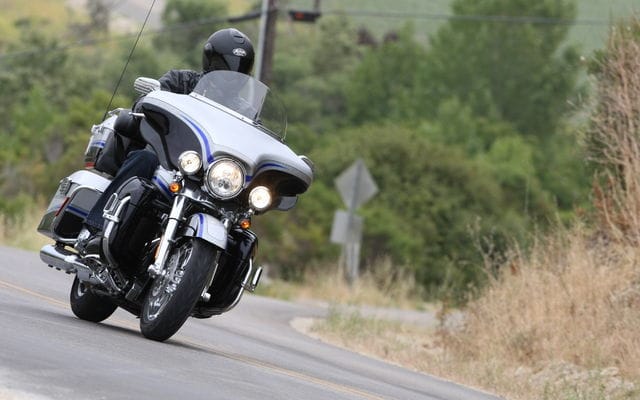 I hadn’t packed earplugs and now I was paying dearly for the oversight. The loud and incessant thrum was causing my ears to ring, and if the noise wasn’t enough, I was also being physically beaten by two distinct types of vibration: a high-frequency buzzing at my feet, and a jackhammer like pounding through the seat that threatened to shake loose the contents of my bladder. I wanted it to end immediately, but after glancing at my watch I was dismayed to find there was no option but to endure another hour and a half of this punishment, because at 25,000 feet there was no escape from the turbo prop plane that was carrying me to Harley-Davidson’s introduction to their 2009 CVO model range.

Ground zero was Santa Barbara, California. With the Santa Ynez Mountains to the north and the Pacific on the south, Santa Barbara is surrounded by a caressing undulation of water and earth, and if the limo driver was to be believed, it’s also home to Oprah Winfrey. “If you’re part of this Harley thing that’s going on, maybe you’ll be seeing her?” he asked optimistically. “If I meet her I’ll be sure to get you an autograph,” I said straight-faced.

Harley-Davidson’s CVO division consists of a small staff of engineers, designers and management personnel who are further divided into respective teams for each CVO model being built. Any H-D employee with an aspiration to become a part of the CVO dream team is placed on a waiting list, and eventually will be put through exhaustive interviews before being accepted to the division.

2009 marks the 10th anniversary for the CVO program, which began with the FXR2 and FXR3 models, and a concept of producing exclusive factory customs for Harley’s most hardcore clientele. Only 900 models were produced in the first year, but that number has now swelled to a total of 12,150 CVO models, representing 3 percent of all Harleys built.

Willie G. Davidson, chief styling officer for H-D, has likened them to rideable art, and there is no question that aesthetics play a major part in the design of each model; as if the devil was in the details, every part is considered for its contribution to the final look.   To suggest a motorcycle that costs over $25,000 represents good value might seem irrational, but if you’re a person that is predisposed to buying a stock Harley and personalizing it with a copious amount of parts from Harley’s Screaming Eagle catalogue, a CVO model is an absolute bargain—you wouldn’t be able to build one for close to the same price that it’s sold for.

A CVO buyer must also be prepared to spend a lot of time cleaning, rather than riding their machine. There’s a lot of surface area on these bikes to maintain, and while the task of spending hours polishing chrome would have me in fits, there are those who find it therapeutic.

Mechanically, CVO models boast parts not available as standard on other Harleys. Powering the entire range is the Screamin’ Eagle Twin Cam 110B, which at 1,803 cc is the largest stock motor Harley builds. It features EFI, a self-adjusting hydraulic clutch and six-speed transmission. The only tuning performed by CVO engineers is through various intake and exhaust components found on each bike, which results in a claimed torque ranging from 110 to 115 lb/ft. Also common across the range is ABS, Dunlop dual-compound tires, a choice of three paint schemes unique to each model, and a list of chromed and colour-matched parts much longer than my attention span.

The CVO Electra Glide returns in 2009 with a number of significant changes. At its core is a new modular frame that was designed to improve the big rig’s manoeuvrability, and it’s an improvement that will be incorporated on all of the next generation Harley tourers. New Roulette rims are part of the change to a 17-inch front wheel from last year’s 16-inch, and a wider rear, now a 180 mm that has a higher load rating. For those tired of whacking their Electra’s twin aerials when parking in the garage, there is a new shorty version, which is said to clear a typical overhead door. Connected to those antennas is an impressive sound system by Harmon Kardon that is guaranteed to drown out the booming bass of the tuner car in the next lane. There was a time when riding on the open road was to a soundtrack of motor and wind, but with the Electra Glide you also have the option of listening to CD, MP3, AM, FM, WB, CB, and XM radio.

Topping my list of improvements was the new suspended, dual heated seat with shark print inserts. Trying the heating feature while riding under a resplendent California sun would have been going above the call of duty, but I did enjoy the coddling my derrière received from the seat’s new suspended structure that has an air pocket between the seat’s cushion and pan.

CVO rhetoric ambitiously claims the new Road Glide to be a “sleek, lean, muscle machine”, but it feels more like riding behind the dash of a ’56 Chevy because of its most distinctive feature, the large forward-mounted half fairing, now with a colour matched interior. Buyers who choose either the Electric Orange or Yellow Pearl paint scheme will risk inducing a psychedelic experience sans drugs, such is the effect of the overabundant paint. The designers wanted a streamlined and slammed look for the Road Glide, so saddlebag filler strips were fitted around the twin exhaust pipes, and closed the gap between the wheel well and saddlebags. The wide looking monochromatic rear is cleanly finished by new vertically mounted brake/turn signals and a subtle metal plate on the underside of the bags, a countermeasure to aggressive riders that will end up grinding them on the tarmac. It would be tempting to blame this on limited cornering clearance but I’d rather point the finger at the Road Glide’s improved handling, an achievement of the same redesigned chassis and suspension used in the Electra Glide.

Another returning CVO model is the Softail Springer, but for 2009 it gets fat. The rear tire has ballooned from a 17-inch 200 mm to an 18-inch 240 mm, necessitating a modified frame, fender struts, and a widened swingarm mated to a retuned rear suspension to handle the increase in unsprung weight. The large rear tire didn’t affect the Springer’s handling too much, but what did prove to be a real liability was the anaemic front brake, despite going from a single to a four-piston caliper.

Even though it is the only CVO model with a rigid-mounted motor, the Springer doesn’t exhibit any increased vibration, in fact, providing the counterbalanced 110B is kept above 3,250 rpm it runs very smoothly. However, allowing the revs to fall under that number made it feel like it was on a washboard road. When I asked a CVO engineer about the low rpm vibration he honestly seemed surprised and said, “I hadn’t noticed, probably because I’ve been riding Harleys for so long.”

The Fat Bob makes its first appearance as a CVO model for 2009. Its innovative Fang wheels were given special mention during the briefing, as they combine a black powder coated centre with a contrasting chromed rim-mounted flange. Alcantara is an engineered material with the appearance of suede but is claimed to be more durable and comfortable. It is used on the seat, but in my experience it wasn’t enough to compensate for the restricted seating position.

It was clear from our test route that the CVO team was not worried about how well their projects handled. After a brief highway run to clear Santa Barbara, we were led into the hills where we worked our way through a rugged terrain of chaparral and sandstone outcrops. As our pace increased I was forced to shift my attention to the road ahead rather than on enjoying the spectacular scenery we were passing.

Those riding long enough will know the feeling you sometimes get that precedes a disaster, and on this occasion I knew the sloppy group riding in front of me would have its consequences. It turned out that I didn’t have to wait long. A sizeable journo on the Electra Glide ahead of me entered a tight turn too fast and stood his bike up under full braking, causing him to head straight off the road. On past sections of this route, a guardrail-less drop-off would have been the last thing he’d remember, but fortunately he chose a turn with a hill in his path, as over half a metric ton of man and machine punched a hole in the rock face spewing debris the size of cantaloupes onto my path.

Braking hard I watched as the carnage continued, the bike attempting to buck its rider off before finally coming to a stop, still on its wheels. I was astounded when a close inspection of the bike revealed minimal damage despite having left a furrow deep enough to plant crops in. In that moment I was silently applauding the entire CVO effort; not only had they put together a collection of pretty faces, but ones that were tough as well.