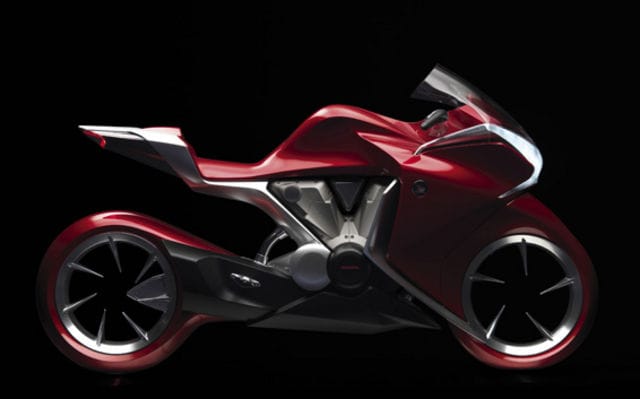 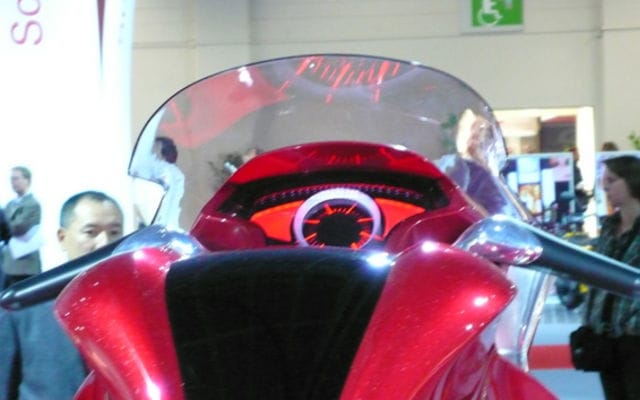 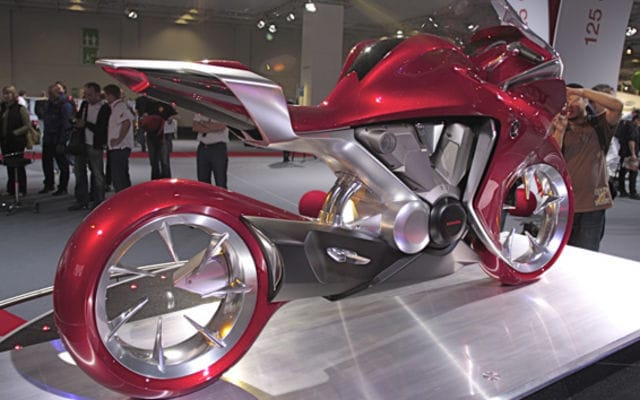 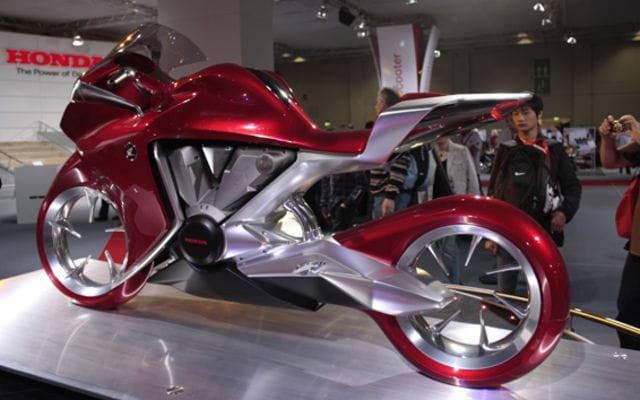 There is an interesting hyperbole radiating from the Honda booth at this year’s Intermot that claims motorcycles are sexy, while the focus on stodgy specifications and technical objectivity is very passé.

To punctuate this message Honda used the Cologne based show for their world premiere of the V4 Concept Model. The svelte two-wheeler built around Honda’s trademark 4-cylinder V-engine is described by their marketing department as a study in sensual design, and represents the emotional involvement that will become the future of motorcycling.

While most manufacturers’ concept designs explore the simple question “what if”, the V4 Concept Model has loftier aspirations. It is said to be the ground stone of Honda’s self-described new beginning, a shift in design philosophy based on the belief that “attractive products with an increased focus on sensual performance” is the key for their manufacturing longevity.

Another part of Honda’s new beginning is a concession to the advancing age of the average rider. Without any chance of being lost in translation, Honda quietly mentioned that one element of their new design criteria  promises “a comfortable life with motorcycles for a larger number of customers, with an increased focus on the human-fitting match of rider and machine.”