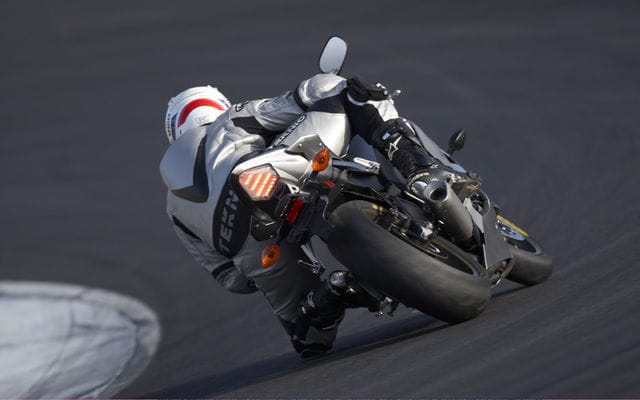 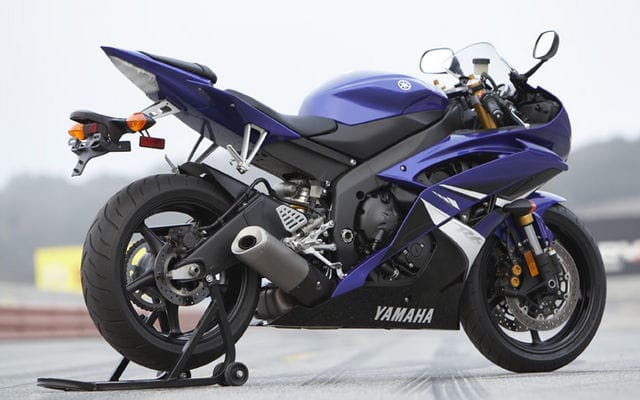 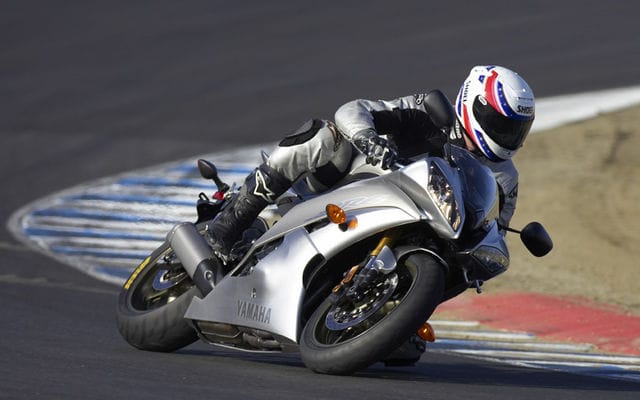 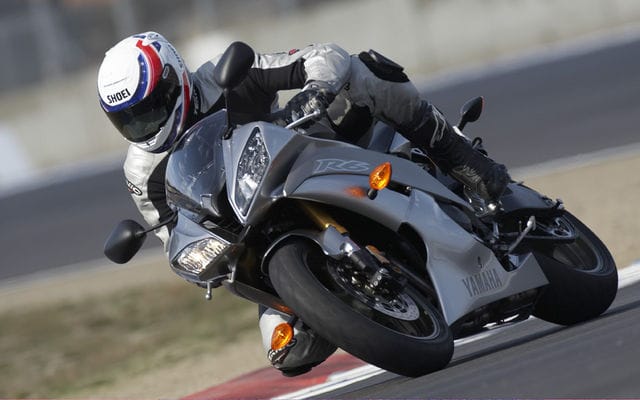 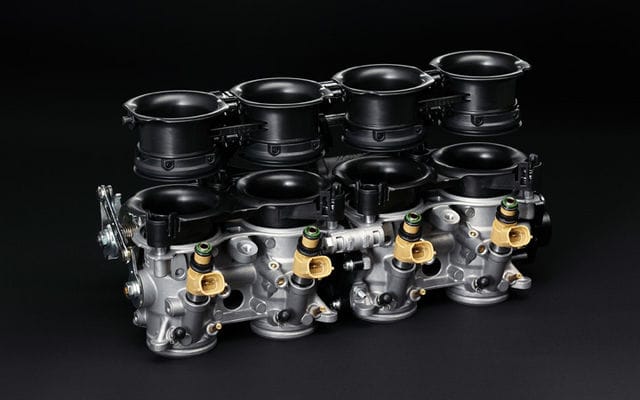 It must be the 40th consecutive time that I exit Turn Six on my way uphill along the Rahal straight toward the Corkscrew. I’m going to pull into the pits on this lap, but only because the low-fuel light has come on. This isn’t an endurance race, but the press launch for the 2008 Yamaha R6, held at Laguna Seca Raceway. Our track instructions are simple: grab a bike and ride as you please; there won’t be timed sessions, just a lunch break, and we’ll be wrapping up at 4:30 pm.

I need no further motivation to lap at will, and the first thing I notice about the new R6 is how easy it is to ride. The last time I rode the R6 was during our 600 shootout at the Spring Mountain circuit in Pahrump, Nevada (CC, June 2006). At that tight course, I recall the R6 was the most demanding bike to ride, not because of its handling, which was the nimblest of the machines on test, but because of its engine’s hair-trigger response. Just a few hundred revs off song and all momentum was lost, demanding lively shifter action, and going fast required a level of concentration afforded only trained athletes.

It’s no surprise, then, that most of the changes are designed to improve power delivery. Headlining those changes is the addition of the Yamaha Chip Controlled Intake (YCC-I) introduced on the 2007 R1. Intake stack length is now variable from 66 mm, to 26 mm above 13,700 rpm. Bore and stroke are unchanged (67 x 42.5 mm), but a new piston raises compression ratio to 13.1:1 from 12.8:1 and a new exhaust cam features slightly different valve timing aimed at improving mid- to top-end power. Aside from those changes, Yamaha claims that “50 friction-reducing strategies” are incorporated into the engine, and fuel-injection mapping is revised. YCC-T fly-by-wire throttle control returns, and response is flawless.

Although the changes aren’t revolutionary, I’m amazed at how differently the revised engine responds. While the previous model felt flaccid below 11,000 rpm, only to scream to redline thereafter, the ’08 model feels stronger from about 6,000 rpm, and begins pulling hard from about 9,000. Though power still comes on at relatively high revs, the broader powerband is more forgiving, therefore requiring fewer shifts, and ultimately less taxing on the rider.

The previous model’s over-rev capability was its saving grace, allowing the rider under certain conditions to save a gear change before a turn, thus saving time. The new R6 still benefits from this, as well as having the added bonus of providing an auditory warning as redline approaches. The YCC-I is clearly audible when activated, with a pronounced increase in the intake howl as the tachometer needle approaches 14,000 rpm (indicated redline is 16,500 rpm). Although this is probably unintentional, it proves useful to me, cuing me to shift gears without looking at the tachometer, and allowing me to gauge whether a shift is necessary between corners. It also provides a little kick in acceleration, mostly noticeable in the lower gears, affirming that something is, indeed, taking place beneath the fuel tank.

Shifting action in the close-ratio gearbox is flawless and I never miss a shift, even after an unusually long testing day. A new slipper clutch is now fine-tuneable (typically a race-only feature) through three removable spider springs (clutch must be taken apart for adjustment).

Seating is revised; the seat is moved 5 mm forward, and the clip-ons are moved forward and lowered 5 mm. At six feet tall, I cowered over the previous model, and the new seating arrangement only exacerbates this sensation, but it does add a heightened sense of control, as the front wheel seems like it’s just under my nose.

Handling, as on the previous model, is about as close to a MotoGP machine as a bike with turn signals can come. Chassis geometry is identical to the previous model (24-degree rake, 97 mm trail and 1,380 mm/53.4 in. wheelbase), but the frame and swingarm have been tweaked for the now standard “optimized rigidity balance”. The frame now has a thicker head pipe and engine mounts, and thinner main spar walls. Removal of a cross member between the two main frame spars alters the frame’s flex characteristics, and mimics changes made to Rossi’s 2006 YZF-M1 that helped reduce wheel chatter when its chassis rejected the then new Michelin radials with altered profiles. Other chassis-related changes include a new swingarm with internal ribbing and a thicker pivot section, as well as a lighter cast magnesium subframe in place of the previous aluminum piece.

Suspension damping rates are revised front and rear, with a wider adjustment range, and spring rates are increased (2.5 per cent up front; 5 per cent in the rear). High- and low-speed compression damping is adjustable at both ends, as is ride height (outer fork tubes are 10 mm longer up top), and the lower tripleclamp has 5 mm more clamping surface for increased rigidity.

Regardless of the marketing department’s claims of the benefits of “optimized rigidity”, all I can say is that the R6 still handles with the precision of a laser cutter. Stellar front-end feel and a tight chassis combine to provide the rider with unusually precise road feel. Point the R6 where you want it to go, and that’s where it will take you. Run a bit wide in a turn, and just push a bit harder on the handlebar to tighten the arc. You’ll also learn to master trail braking on this bike thanks to its excellent front-end feedback and forgiving chassis. You really have to mess up on this thing to get into trouble on a racetrack. That said, the only handling glitch can be traced to the stock Dunlop Qualifier PMT radials, which offer mediocre grip. Early morning sessions demand extra caution, as the cold pavement causes the front tire to lose grip, which in turn causes a couple of sphincter-tightening moments. Warmer temperatures later in the day improve grip, but the Dunlops continue to drift and squirm through faster turns, albeit in a predictable manner.

Stability at speed (at the freshly paved and smooth Laguna Seca at least) is very good without the need for a steering damper, a trait emphasized through the ultra-fast left-hand Turn One, where a quick glance at the speedometer reveals 142 mph while keeled over at near maximum lean. Slowing the bike from those speeds are the same four-piston radial-mount front calipers as before, but the 310 mm discs are 5 mm thicker to help dissipate heat better. The brakes work flawlessly throughout my extended riding sessions, the front lever only hinting at fade, which is mostly noticeable after I remount the bike with cool brakes and the firm lever returns.

During the technical presentation, we’re dizzied with graphs and statistics that show a 44 percent increase in R6 sales (US numbers) since 2001, and that the buyer is older and more experienced than the average 600 supersport buyer. Statistics also show that the R6 is seeing more track time, with average track day miles increasing from 304 in 2004 to 432 in 2006 (how they come up with these numbers is a mystery to me). With its added racetrack features (adjustable slipper clutch and ride height, as well as the easily removable license bracket) the R6 is more track-ready than ever. Yet despite this narrower focus, thanks to its improved engine characteristics, it’s probably the most accessible R6 ever—and that’s a winning combination.