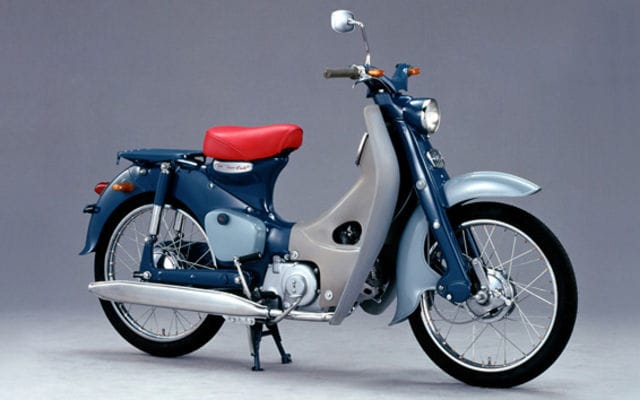 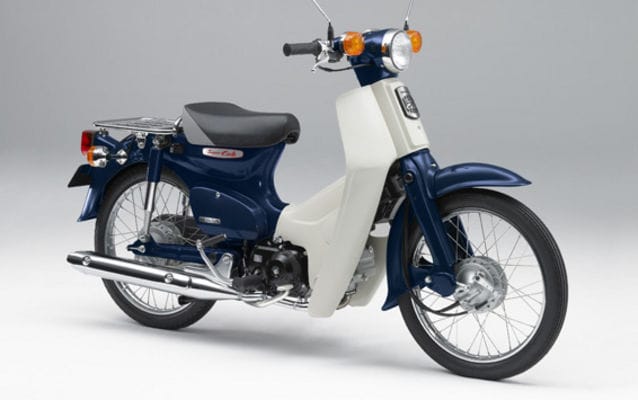 Honda announced today that the cumulative worldwide production of their Cub series motorcycles has reached 60 million units. This achievement nicely coincides with another milestone for the Cub: this August will mark the 50th anniversary of its initial launch.

The Honda Super Cub C100, which was first introduced in 1958, is renowned worldwide for its indestructibility and practicality. In its first production year, Honda sold 24,195 Cubs. The yearly sales total has swelled dramatically since then: in 2007 they sold over 4.72 million Cub variants in more than 160 countries. The Honda Cub series is currently being built in 15 countries around the world.

In a time when 2-stroke engines were the common choice for a motorcycle’s power source, the first generation of Honda’s Super Cub, the C100, came equipped with a high-performance 50cc 4-stroke engine which was extremely economical to run. The Super Cub’s unique design included a low-floor backbone frame that made getting on and off the bike much easier.

Since its introduction, the basic design and concept have remained virtually unchanged. However, an electronically-controlled fuel injection system was installed on the Super Cub in 2007, a change that made it more environmentally friendly.