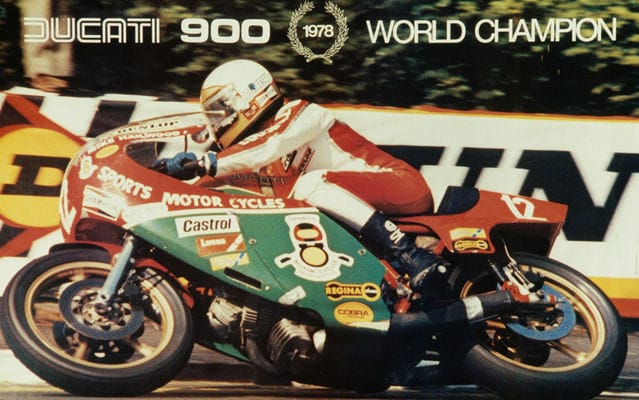 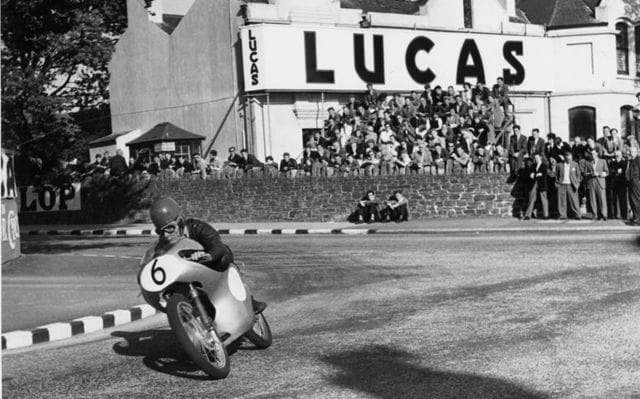 Ducati’s year at the Isle of Man TT

Next week’s running of the annual Isle of Man TT will mark the 50th anniversary of Ducati’s participation in the fabled race.

Ducati UK and IOMTT race organisers have decided to commemorate the occasion with a number of special events that are scheduled to take place during the TT.

For the first time, the Ducati Museum will visit the Isle of Man with a collection of historic motorcycles that have helped to write TT history. Race visitors will be able to get up close to the first ever Ducati TT entry, a 125cc Desmo and also Mike Hailwood’s 1978 TT winning Ducati.

It was on June 3rd, 1978 that Mike the Bike had achieved a stunning victory aboard a Ducati 900SS after returning from an eleven year hiatus from racing. The Formula 1 race, which pitted the 2 cylinder desmo that made 15 hp less than the bikes by Honda and Kawasaki, turned out to be one of the greatest triumphs in Ducati history.

Carl Fogarty, Paul Smart, Sammy Miller, Trevor Nation, James Whitham and Michael Rutter are among the former and current racing stars that will be making guest appearances. Some of those stars will also be taking place in a special Parade Lap prior to the Senior Race on Friday 6th June. This will give spectators the chance to see some of the most historic and exotic Ducati machines in existence, ridden by some of the Ducati greats.