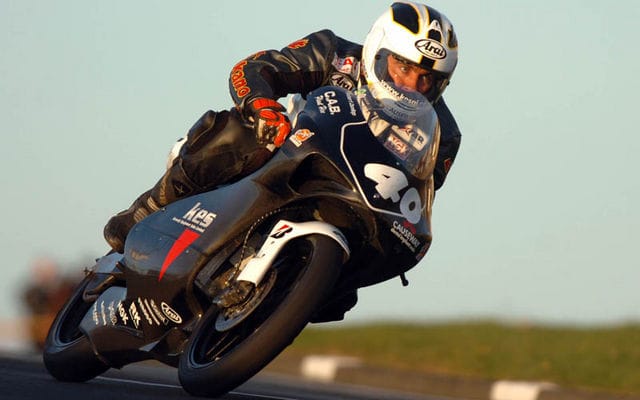 Tragedy at the North West 200

Racer Robert Dunlop has died as a result of a crash during today’s 250cc qualifying session for the North West 200 in Northern Ireland.

Travelling at approximately 260 km/h, Dunlop’s bike appeared to seize according to another racer, Denver Robb, who was behind Dunlop and Darren Burns when the accident happened.

"Coming up to Mathers Cross, Burns was leading and I was second, just sitting in his slipstream," he said. "Then Robert came past me and as soon as he did he just shot off into Mathers and the bike seized. There was a puff of smoke and the bike locked up, she went sideways, and I think Robert must have grabbed the front brake. He went out over the top of the bike and landed on the road. Then Burns had nowhere to go and he clipped him and he went straight on."

Rushed to nearby Causeway Hospital in Coleraine with severe chest trama, Dunlop died from his injuries shortly after 10:00 pm BST.

The other racer, Darren Burns, suffered a broken leg and concussion in the accident, but is said to be in stable condition.

Dunlop had previously survived a major accident on the Isle of Man TT in 1994. He had sustained serious injuries but recovered and returned to racing to become one of Northern Ireland’s best known and most experienced racers with multiple victories at the North West 200 and Isle of Man TT.

Robert Dunlop was the younger brother of legendary racer Joey Dunlop, who was also killed in a road racing accident in Estonia in 2000.