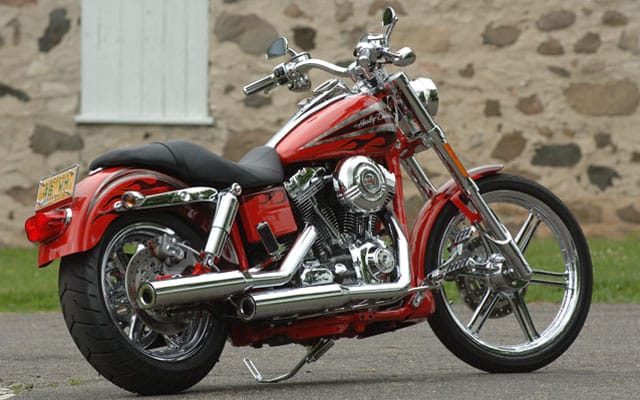 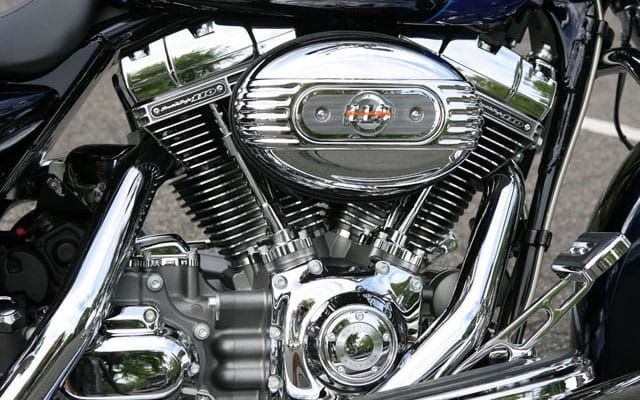 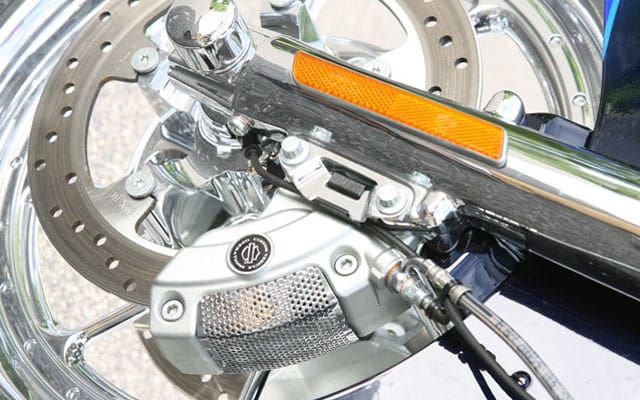 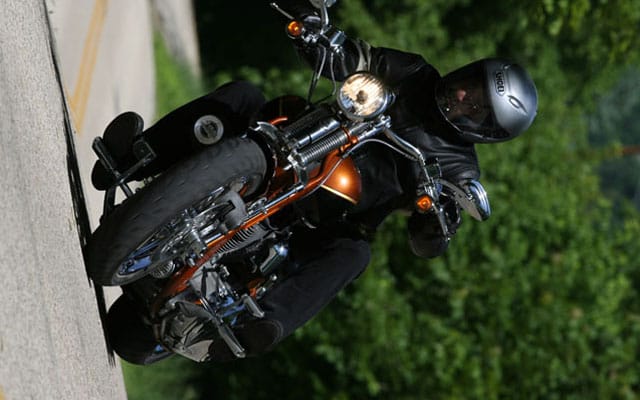 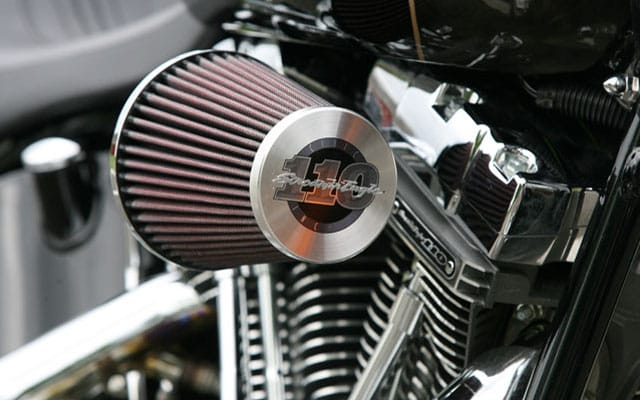 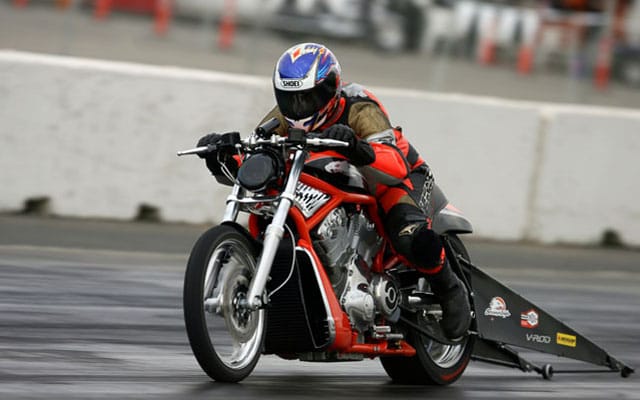 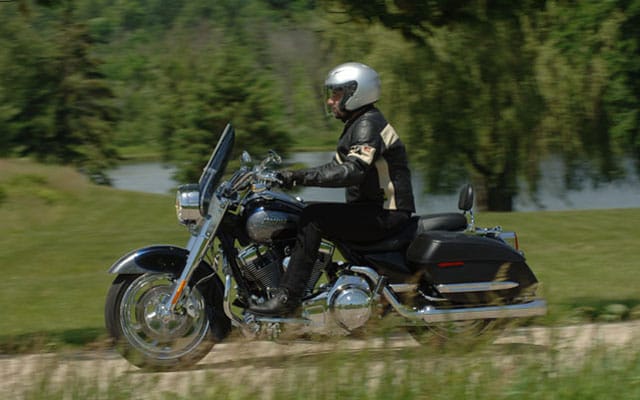 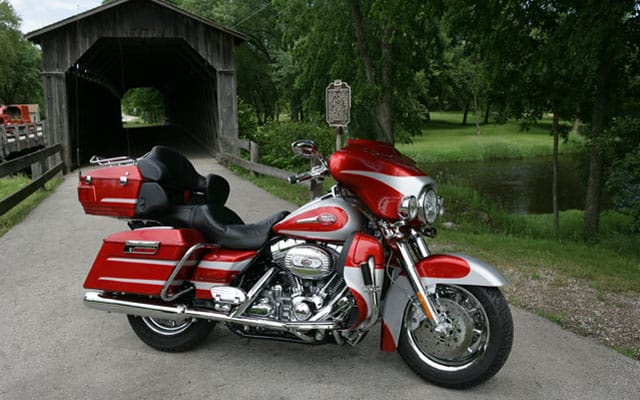 Harley-Davidson introduced the Custom Vehicle Operations division in 1999 when it brought back the FXR2, a hand-built model based on the FXR series that ceased production in 1994. The CVO line has expanded from one to several models over the years, and for 2008 there are four: the Screamin’ Eagle Softail Springer, the Screamin’ Eagle Dyna, the Screamin’ Eagle Ultra Classic Electra Glide and the Screamin’ Eagle Road King. The most extreme motorcycle to be offered by the CVO division was the race-only Screamin’ Eagle Destroyer dragster (CC, Feb. 2006). Aside from showcasing the company’s numerous accessories, these limited edition models have become test beds for new technology, allowing Harley to test features that will eventually end up on its standard production models. The powerful 110 cu.in. (1,803 cc) V-twin, which was introduced in the 2007 CVO lineup and claims 110 lb-ft of torque, returns. New for 2008 on the touring CVO Harleys is standard ABS and fly-by-wire throttle control, along with added fuel capacity (to 23 litres from 19) and an isolated drive system (rubber-dampers in the belt sprocket) to help cushion the big-twin power pulses.

Although ABS was introduced two years ago on Harley police bikes, this system is entirely new. The old system worked well but wasn’t invisible enough for Harley’s design crew. A new system was developed in conjunction with Brembo and includes a much smaller ABS module that tucks beneath the right-hand side cover, freeing saddlebag space that the old system required. Another important feature, from an aesthetic viewpoint, is the absence of visible toothed rotors for the ABS sensors, which are usually part of the brake discs on ABS equipped machines. Harley and Brembo developed sensor rotors that are incorporated into one wheel bearing per wheel and are totally invisible. The only hint that there is ABS on the bike, aside from the warning light in the dashboard, is the sensor wire that is neatly tucked behind the fork slider and swingarm. The brake system is non-linked, so front and rear brakes can be applied independently, a feature engineers thought important for maintaining proper control during low-speed manoeuvres. The ABS system works as well as any of the latest systems; cycling is relatively smooth with minimal pulsing at the lever and pedal. Harley includes a 10-minute DVD with each ABS motorcycle explaining proper use of the brakes, and what they can and cannot do, such as save you from falling if you brake too hard in a turn.

The other new feature, fly-by-wire throttle control, is used primarily for aesthetic reasons, as it provides a handlebar free of throttle cables. Unlike Yamaha’s system on the R6 and R1, where a standard cable extends to the throttle body, Harley uses wires to send a signal to the ECU  indicating throttle opening, which then operates a servomotor that opens the throttle butterfly. This system has also simplified the cruise-control function, making it easier to incorporate it into the motorcycle. The throttle housing is larger than on a Harley with throttle cables, as it includes a spring to provide resistance so feel is not compromised. The system works very well and is unnoticeable under normal riding conditions, but when the cruise control is initiated, there is a lag between the time the throttle is opened further and the time the bike accelerates. We’re told ABS will be optional on standard 2008 Touring models as well as on V-Rods. I’m guessing it won’t be long before ABS will be available on all Harley models, and the fly-by-wire throttle too, but with more elaborate engine control.

The most radical model in the lineup is the Screamin’ Eagle Springer, which now has an 18-inch front wheel (down from 21-inch), a wider springer fork and an exposed, forward-pointing oiled gauze air filter for that real badass look. To celebrate Harley’s 105th birthday, limited Anniversary editions will be available on all four CVO models with a copper and black paint scheme highlighted with gold leaf graphics and a serialized 105th Anniversary cloisonné. Pricing for CVO models has yet to be released, but the good news is that the delay is due to the increasingly strong Canadian dollar, so expect prices to drop from previous years.