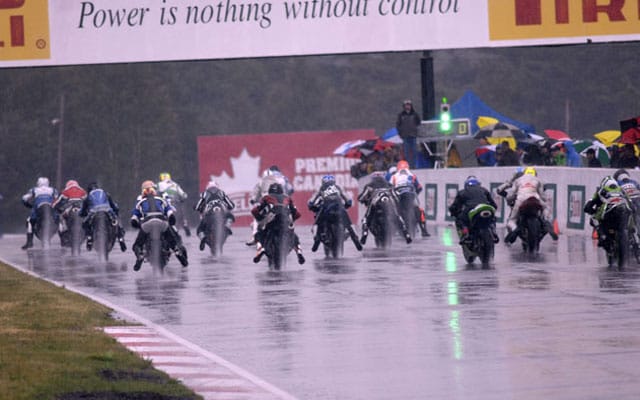 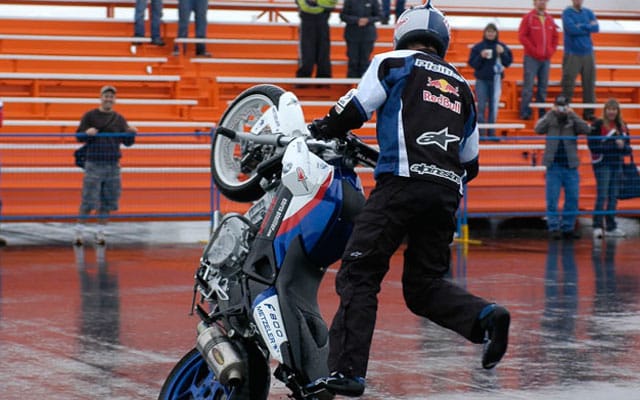 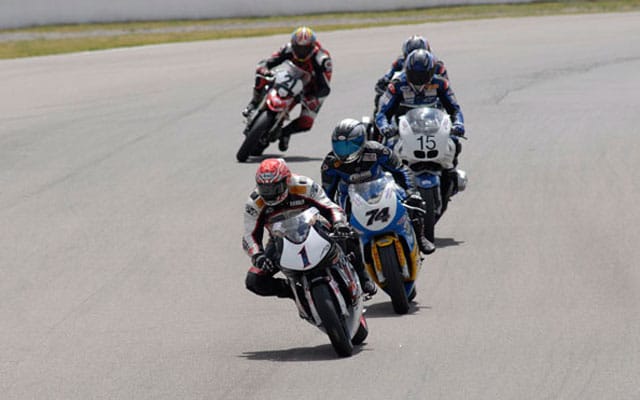 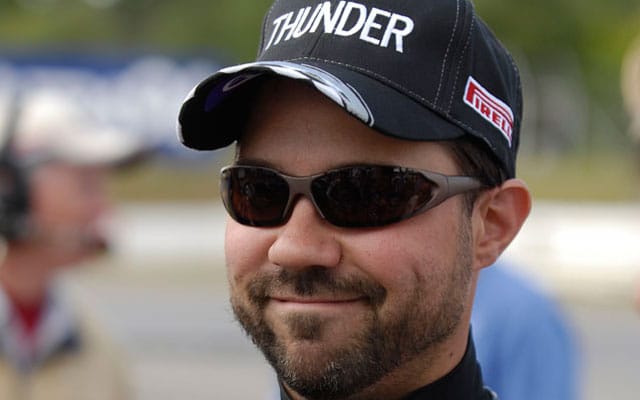 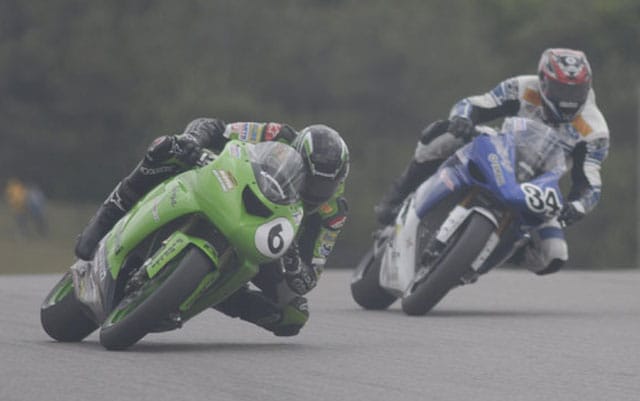 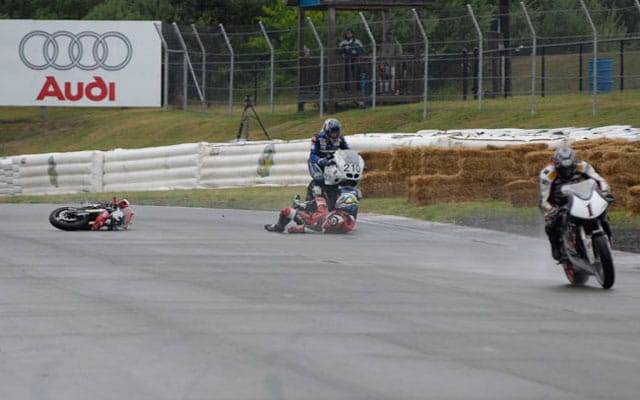 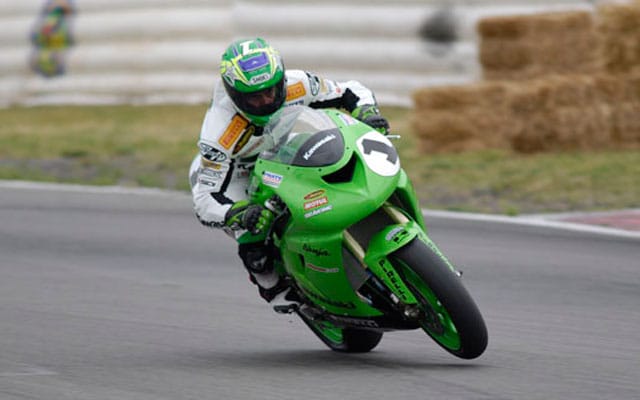 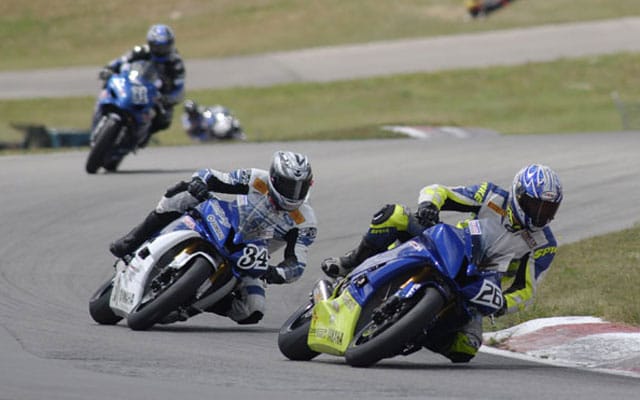 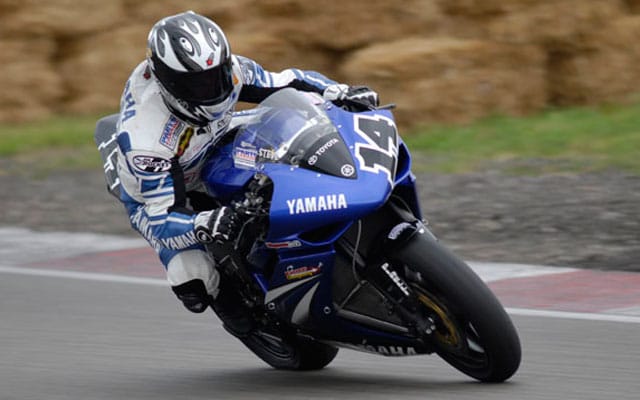 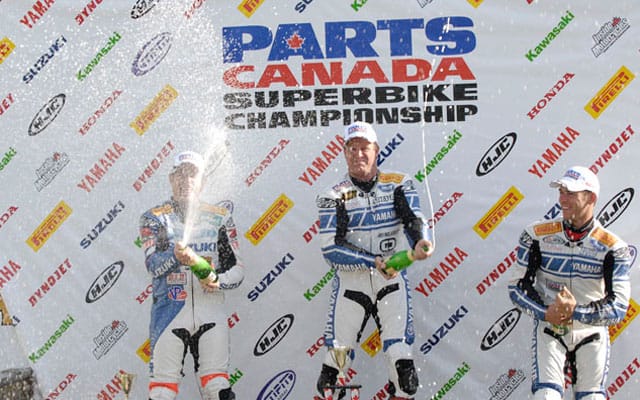 Motorcycle racing seems a straightforward proposition—the first to the finish wins. But at rounds four and five of the Parts Canada Superbike Championship, nothing was quite as it appeared.

There is no such thing as a happy motorcycle racer. Winners believe that they got what was rightfully theirs, while losers blame equipment, competitors, officials and the dark hand of fate. And then there’s the weather. Mosport International Raceway, east of Toronto, seems cursed by rain every time the series passes through. And this weekend was no different. The 2007 season began much as last season ended, with dominating performances by Kawasaki’s Jordan Szoke. At the opening round at Le Circuit Mont-Tremblant, Szoke won 600 and Superbike, and at rounds two and three in Calgary he won both Superbike races and one 600 race, the only blemish to his season was a loss to Crevier in the second 600 event. In Thunder, BMW’s Michael Taylor won at Mont-Tremblant, while Ducati’s Chad Pasowisty won twice in Calgary.

At Mosport, Saturday’s Pro 600 race of the doubleheader weekend was scheduled to be a 16-lap sprint, but it took nearly three hours to run 10 laps. It took so long and the journey to the checkered flag was so convoluted that even my detailed notes make the retelling difficult. It was dry when it started, of that I’m fairly sure. Steve Crevier was jovial on the starting grid, perhaps confident that his pole positions in 600 and Superbike were omens of good things to come. But Pascal Picotte was grim faced as he slowly lowered himself over the concrete wall, still hurting from a painful crash at the Calgary round. Kawasaki’s Jordan Szoke sped to an early lead, but a crash back in the pack brought out the red flag. For the restart, it began to rain, which led to delays as rain tires were fitted and an impromptu practice session called. For safety, the rules state that you can’t race in conditions that you haven’t practiced in. Two laps into the restarted race, Jordan Szoke, who was leading, crashed, bringing out another red flag. As the field rode back to the pits Szoke pulled in with his mangled ZX-6R sprouting tufts of grass from its green fairing—and looking more John Deere than Kawasaki. At first, the blame was put on Szoke for bringing out the flag, which meant that he would have to restart at the rear of the pack. Then word went out that another racer had crashed, so perhaps Szoke’s grid position was safe, but then it was determined (how, I don’t exactly know) that Szoke crashed first, so to the back of the pack he would go.

As this was unfolding, a parallel drama was taking place. Since Szoke’s crash was within two laps of the beginning of the race (more accurately the beginning of the restart of the race), it was determined that as long as Szoke’s crew used his old tires, they could fit the wheels from his crashed bike to a new bike, as the race had not yet been declared officially started. An angry Crevier bounced down pit lane and exploded at officials. “It’s just not right; it’s just not right,” he said, “we’re fighting for a championship. How can he swap bikes once the race has started?”

On the next restart, Szoke, in a masterful display of riding, went from the back to the front of the pack in so few laps that it was like he had dropped into the slow group at a track day. Then, with Szoke comfortably leading, his teammate Brett McCormick crashed, which meant another red flag. For the fourth and, thankfully, final restart the rains intensified and the temperatures dropped. I later heard Szoke tell a crew member that his poor start was because he was shivering so severely. But he shook it off and won on his Canadian Kawasaki ZX-6R, with Francis Martin on the Team Suzuki/Blackfoot/Picotte Performance GSX-R600 second and the Team Toyota/Fast Company Yamaha R6 of a bitter Crevier third.We probably should have all gone home, but out came the Thunder class with CC contributor Paul Penzo’s Ducati North America Hypermotard on pole. Michael Taylor and his BMW Motorrad Canada R1200S ran away with the win, 30 seconds ahead of the nearest competitor. Penzo will forever be indebted to BMW-mounted Michael Ferreira, who on the way to a third place finish, kindly avoided running over Penzo’s head when he crashed his Ducati coming onto the front straight and slid across traffic on his back. Darren James on his Ruthless Racing Buell was second.

Sunday morning skies were clear, but the drama was not over. First up was a Superbike race leftover from Saturday’s rain truncated schedule. Clint McBain on a Suzuki OTSFF Acceleration Race Team GSX-R1000 won, but wait, he didn’t win, because he jumped the start and was penalized four positions. This gave the win to Szoke, second to Crevier, and a surprise first Superbike podium finish to 15-year-old Canadian Kawasaki rider Brett McCormick.

Then Sunday’s official schedule started, and Crevier romped to Pro 600 victory as Szoke’s Kawasaki coasted to a stop on the front straight with electrical problems. But wait, Crevier didn’t win, as it was his turn to jump the start, handing the win to Yamaha’s Andrew Nelson, with Martin second and Kevin Lacombe third. But Crevier didn’t know, and he jubilantly pulled up to the line in a stoppie to take the checkered flag for his victory lap, only to have the beleaguered official (who was later heard to say “I’ll be lucky if I make it out of here alive”) tell him that no, he didn’t win. If Crevier was frustrated the day before, when Szoke was allowed to swap his crashed bike for a new one, he was now even more incensed. “I’ve got short legs,” he told me, “when I put it in gear at the start I roll my body over to the other side, and that’s what they call movement. I’m ashamed to be part of this.” In the final Superbike race of the weekend, Crevier won ahead of a determined Picotte  and Lacombe. Szoke had been running with the lead group until a spectacular highside sent him into the weeds. But Szoke is tough, and fit, and he picked the bike up and rode to a remarkable seventh place finish, with a broken footpeg forcing him to hold his right leg aloft.

Sunday’s Thunder race was won by Michael Leon on a Buell, ahead of the Buell of Daren James. Michael Ferreira’s BMW was third. Penzo brought the Hypermotard in fifth, just behind Michael Taylor. Leon, who has been struggling with mechanical woes throughout the season, has been putting in stellar performances and currently leads the Thunder series, 14 points ahead of Michael Taylor. Other winners were Derek Vammus and Martin Grande in Suzuki SV Cup, with Grande leading the championship 223 points to Vammus’ 205. Yanik Goudreault won Amateur 600 (only a single round of the national series support class was held on this doubleheader weekend), while second-place finisher Paul Glenn leads the series by 17 points. Veteran racer Shawna Aron came out of retirement to win the Women’s Cup Challenge. Two rounds remain in the national series, and while Szoke has a considerable 48-point lead over second-place Crevier in Superbike (a win is 50 points), in 600 he is only 10 points up on Crevier, and with the way things went at Mosport, only a fool would suggest that the season will end predictably.

Stoner on top in MotoGP
Casey Stoner proved that his all-powerful Ducati is only partially responsible for his success, as the 21-year-old Australian won his fifth race of the year on a damp track at Donington Park, England. Colin Edwards qualified his Yamaha M1 on pole and led early in the race, but was passed by Stoner for the lead when the track started to dry. Rossi survived an off-track excursion to finish fourth, and in doing so surpassed Mick Doohan as the most prolific points-scorer in the premier class of grand prix racing, amassing 2,303 points. Rossi returned to form at the Dutch TT at Assen, overcoming a poor qualifying performance to pass Stoner in the closing stages to give Yamaha its 150th victory in the premier class. Reigning champion Nicky Hayden appears to be finally getting on terms with the Honda RC212V, scoring his first podium of the season with a third at Assen. Current Suzuki rider John Hopkins signed a two-year contract with Kawasaki, starting in 2008. Kawasaki also recently plucked Anthony West from a successful World Supersport campaign with Yamaha. The Australian ran in the top five at Donington until crashing out, but remounting to finish 11th.

Spies on a Roll
Ben Spies took the 15th and 16th AMA Superbike victories of his career with wins at the doubleheader at Miller Motorsports Park in Utah and leads the championship ahead of his Yoshimura Suzuki teammate Mat Mladin. Mladin finished second in the first race then highsided his GSX-R1000 in the second. After quick repairs, Mladin was able to finish fourth. Miguel Duhamel shook off the effects of a violent highside crash in practice to finish fifth and third in Utah. In the second race he pulled a daring last-lap move on Mladin to claim the final podium spot.

Carpenter leads CMRC MX1
Yamaha rider Colton Facciotti won Round 4 of the MX1 class in the CMRC motocross series with first and fourth-place finishes at Moto Valley Raceway in Regina. New York rider Paul Carpenter leads the championship after winning three of five rounds on his Kawasaki, including the overall win in Calgary. KTM’s Marco Dubé sits second overall, 69 points behind Carpenter. Jean Sebastien Roy, who after finishing second to Facciotti in Regina crashed hard in a Quebec regional race, sustaining a severe concussion and will likely miss at least two rounds of the championship. In the MX2 West division, Jimmy Nelson holds a three-point lead over Ben Evans heading into the deciding round in Nanaimo.
—Mel Gantly