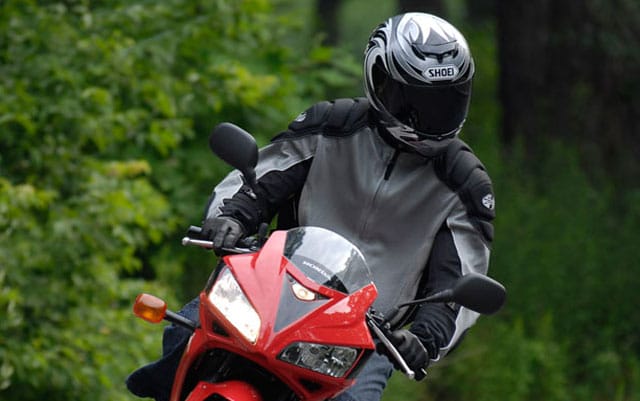 After editor Costa Mouzouris’ initial report on Honda’s  new entry-level CBR125R, we felt we had to have one as a long-term tester. It’s proving to be quite a popular machine around the CC office.

Neil Graham’s wife Nicole has always wanted to ride a motorcycle, but at five-foot-two and 100 pounds, CC test bikes often dwarf her. When propped on the centre stand, the handlebar of our long-term BMW R1200GS from a few years ago was the height of her shoulder. But a brief spin on a 1970s era CB125 last summer convinced her that she could manage a small machine. And when she first saw the CBR125R she was hooked.

Having recently acquired her licence, she’s now dashing all over town, but only after prying its keys from Neil. The problem is that the little machine is so much fun to ride, he’s always on it. The controls are so smooth that the clutch lever feels like it’s connected to a rubber band. The machine weighs so little that if it’s pointing the wrong way in the garage, you just grab the tail end and spin it around to face the door.

Power is modest, but the rewards are being able to grab great fistfuls of throttle and mow through the gearbox like a superbike racer—all while staying at (or near) speed limits. But what is perhaps best about the CBR is that it gets beginning riders on a motorcycle with improved chassis geometry and better ergonomics. Neophytes—especially those of modest inseam—are often attracted to the low seat height of cruisers, but their tendency to flop into corners and their foot-forward riding position hampers control and does beginners a disservice. After riding a cruiser-style bike at her riding course, Nicole was astonished at the neutral handling and ease of control of the little CBR. Honda wanted to use this machine to get new people into motorcycling, so Nicole will write our season-end wrap-up, but in the meantime 185 lb, six-foot-tall Neil continues to have a fabulous time.