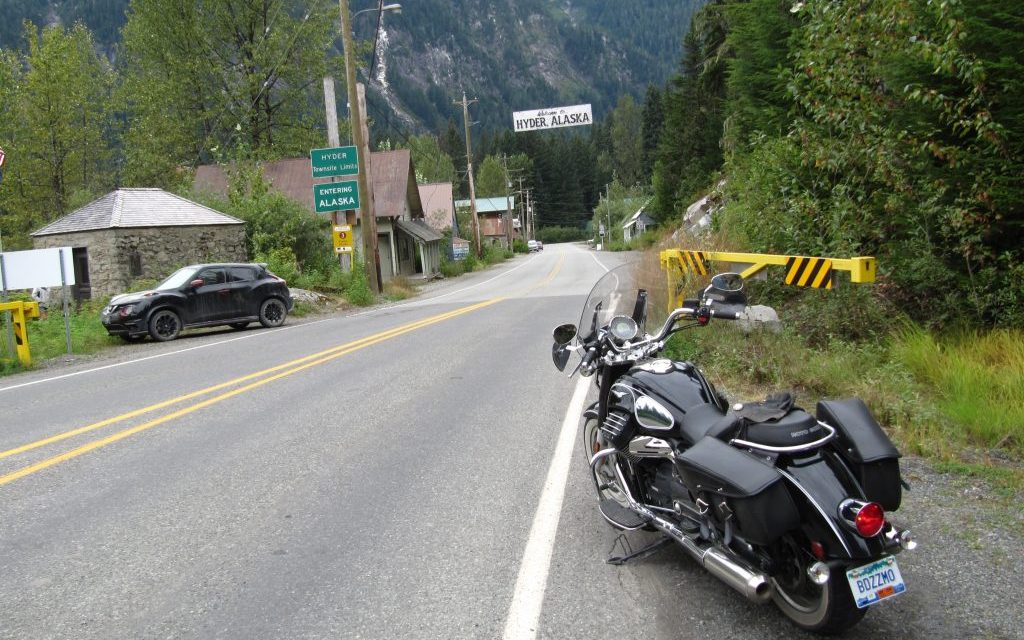 They warned me that the fudge lady in Hyder, Alaska, was “quite the character,” but I didn’t think she’d make me blush.

Let me backtrack a little. I wanted to cross a major bike trip off my bucket list. Getting to the end of the pavement at Hyder, Alaska, was my main goal—and getting “Hyderized” is just a required part of any trip there. You have to down a shot of some mystery 151-proof moonshine at the world-famous Glacier Inn.

It’s over 1200 kilometers from hometown Kamloops, B.C., to Hyder, plus I planned a side trip to Gingolx, the end of the pavement of Highway 113 in the Nisga’a First Nation territory. It was also to be my first long trip on my 2016 Moto Guzzi Eldorado, a 1380 cc retro cruiser. I had purchased it new in 2017 and added a set of Agostini pipes for some aural badassery.

I started early on August 22, layered up for the eight-degree temperature. Day one, with Burns Lake as my destination, was rough. Major forest fires were burning throughout the B.C. interior and the smoke got quite bad by 100 Mile House. By the time I hit Fraser Lake at three in the afternoon, it was practically dark and like driving in dense fog. The temperature dropped to eight degrees (although it should have been 15° according to the forecast)—the sun just couldn’t get through. A local guy at the gas station said it was “apocalyptic” and people’s smoke alarms were going off inside their houses. By the time I got to Burns Lake I reeked like a campfire and my lungs felt like I’d chain-smoked a pack of Export A’s.

The next day was better, smoke-wise, and totally cleared up by Smithers. I made a stop at the K’san Heritage Village in Hazleton, a museum complex of the Gitxsan people. The longhouses and totem poles were pretty impressive. There are also genuine totem poles at Kitwanga and Gitanyow at the start of Highway 37 to Stewart. These weren’t erected for tourists and are the real deal, representing the prestige and legends of the various Gitxsan clans.

At Meziadin junction (pronounced mezzy-AH-din), route 37A to Stewart/Hyder forks off. This is one amazing road, with gushing waterfalls, towering mountains, an actual glacier right next to the road, and loads of twistiferous asphalt. There was also a sign: Caution Bears Next 40 km. Not deer, not moose—bears. I did see a full-grown black bear right at Meziadin.

Stewart is a quaint mining town with a long history, and the buildings reflect that. The Ripley Creek Inn had two ’57 Chevys parked out front (they belong to the owners) and the inside is jam-packed with vintage kitchen appliances—mostly toasters. The food is outstanding (I had the maple syrup flavored pulled pork—to die for).

At the gift shop next store, the clerk suggested I get some fudge across the border in Hyder, but warned me that the owner was a “character.”

I just rolled through the border (no border control whatsoever) and rumbled up to Carole’s gift shop. She definitely was chatty and showed me pictures on her phone of her cactus garden in Arizona (her winter getaway). There was also a picture of a guy with a new Harley, so I asked, “Oh, do you ride, too?” She responded, “No, but I used to ride a guy that did.” That’s when I blushed, but I did buy some fudge from her (and it was awesome).

I decided to brave the 29 km of gravel road to the Salmon Glacier north of town and it took my breath away. The Eldo’s traction control light was doing its best strobe impression from all the washboard switchbacks and I was praying not to get a flat. I also had my only wildlife close call when a marmot came very close to meeting Jesus under the Guzzi.

Back in Hyder, I sidled into the Glacier Inn to get Hyderized. The walls are completely decorated with signed bills—fives, tens, twenties, foreign bills. The owner said she figured there was about 50 grand on the walls. Her father, who bought the place in 1956, started the tradition.

Carole had recommended “The Bus” for dinner. It’s a ’72 Chevy school bus converted to a kitchen. Seating is in a building behind. Diana, who is both cook and waitress, served up fresh caught halibut and chips that were the best I’ve ever had. There was also a scrap book signed by the Hyder Seek record holder Ron Ayres of Iron Butt fame—that’s all 48 lower states plus Hyder. Ayres did it in seven days, 20 minutes. (Ron, if you’re reading this, you have really nice handwriting).

The next day I took Highway 113 into Nisga’a First Nation territory. The twisties along Lava Lake were really fun, but things got a bit more sombre at the Lava Memorial. The volcanic eruption in 1700 completely buried several Nisga’a villages under 12 metres of lava, killing approximately 2000 persons. But they survived as a people and were the first native group to negotiate a modern treaty. It took them 113 years (and they insisted on a paved highway, numbered 113 for that reason). The museum at Laxgalts’ap is incredible. But take care on the road to the end of pavement at Gingolx—narrow, 16 percent grades, with heaves and dips that bottomed out my suspension. Definitely not a section to overdo your speed or you’ll end up with a Winnebago grille in your teeth.

The fifth day was harsh. Not much smoke but only six degrees with torrential rain. I was on the Siberian side of miserable when I finally dripped into Quesnel.

After over 3,500 kms, I rolled back into Kamloops with some great memories—and some great fudge. 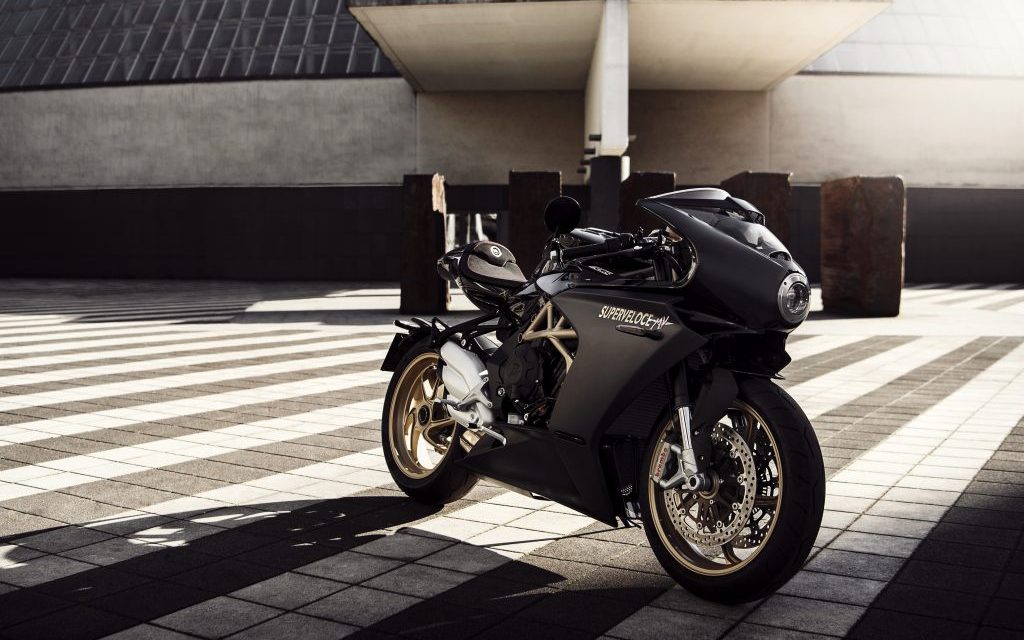