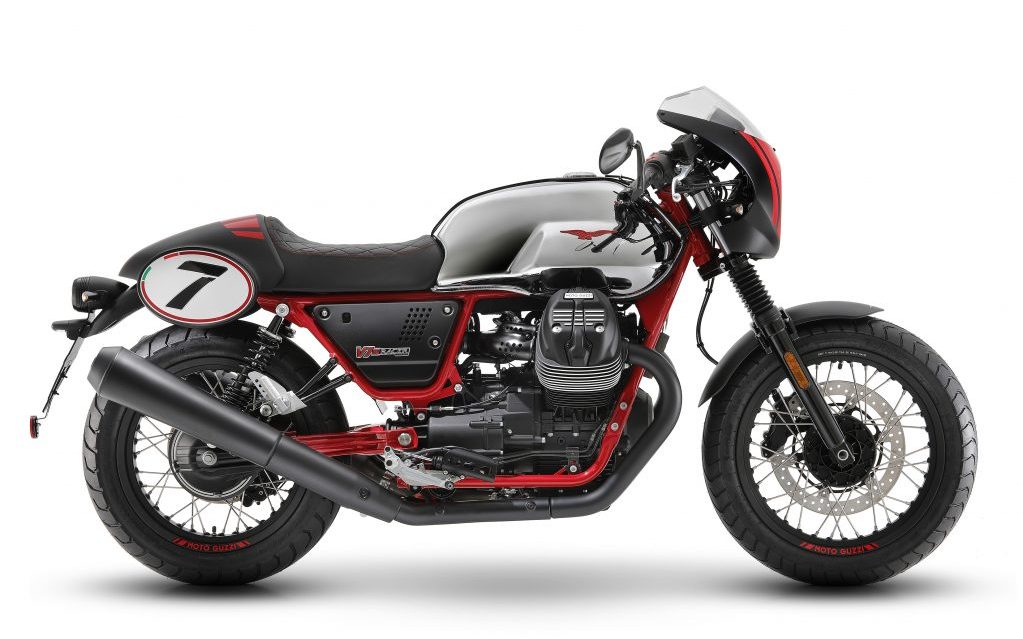 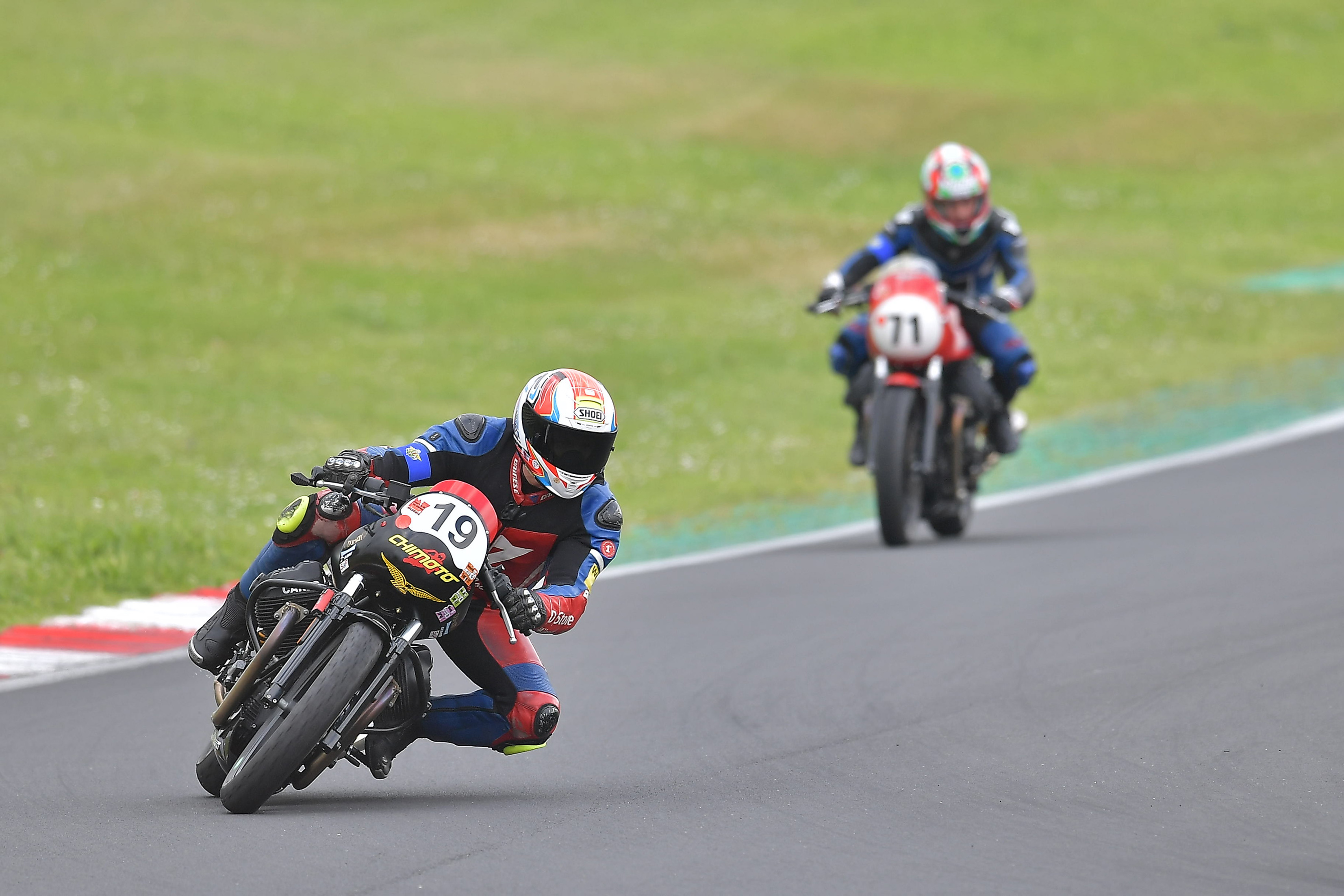 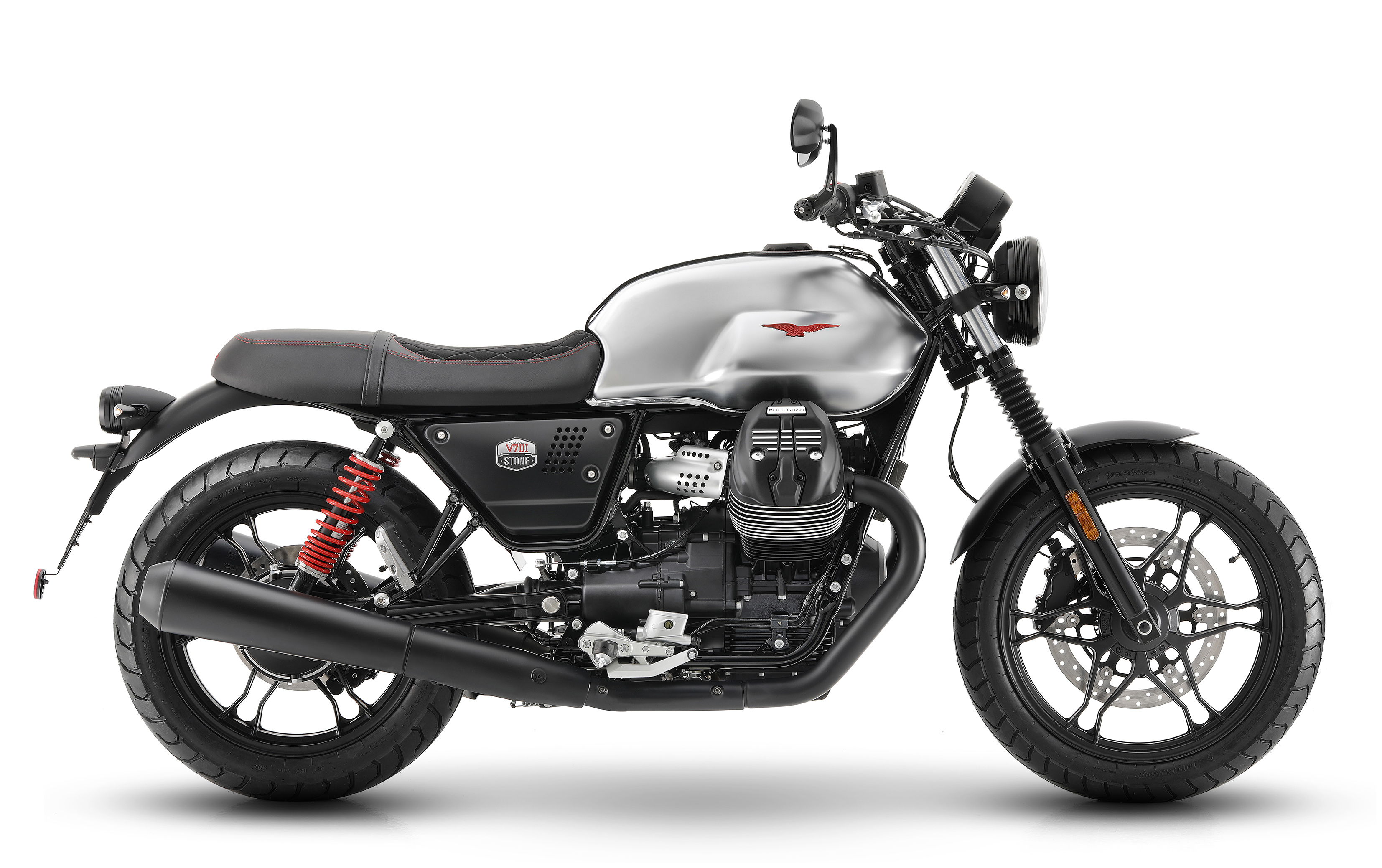 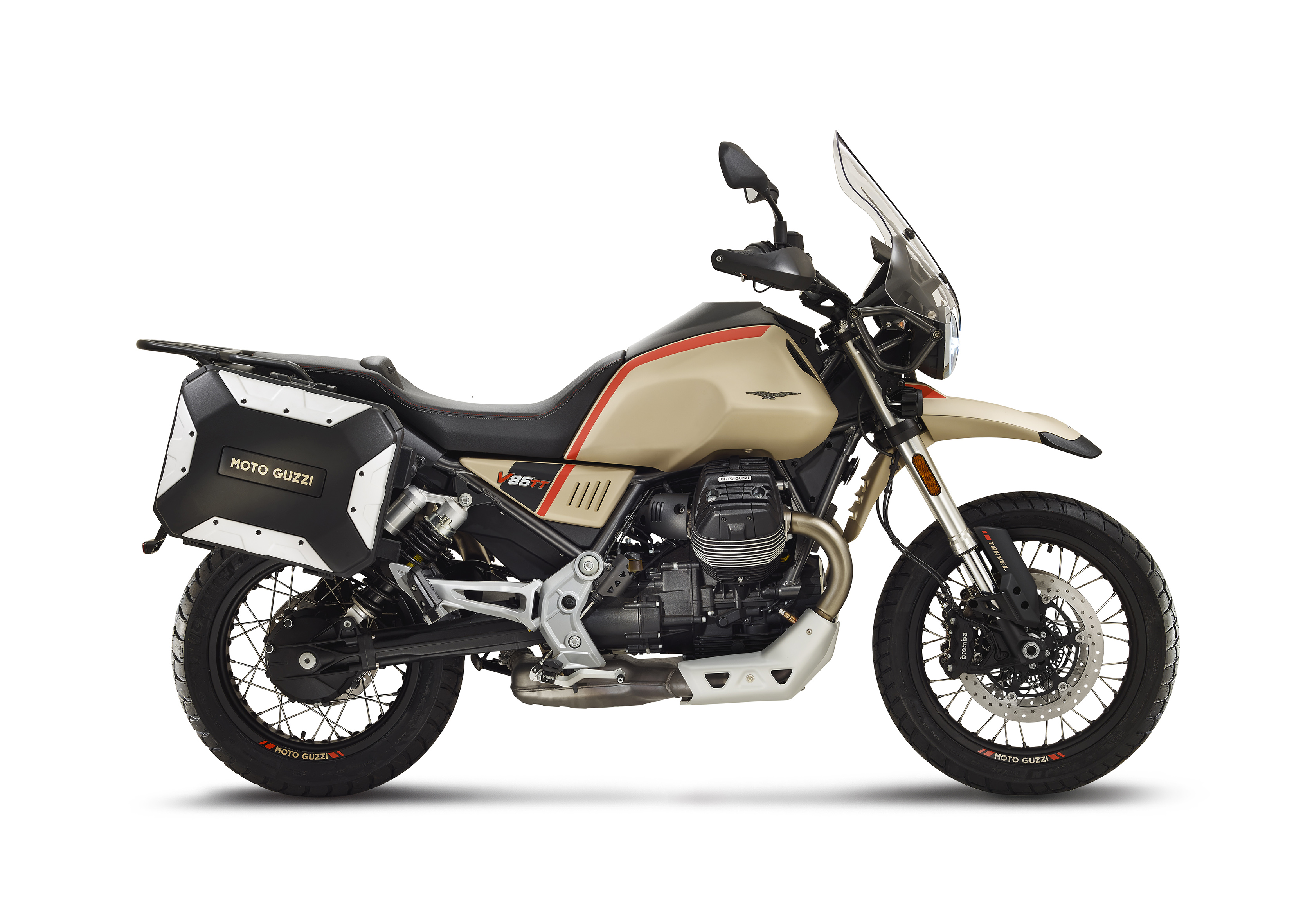 Riding the wave of its 2019 success, the Trofeo Moto Guzzi Fast Endurance returns to enliven the most beautiful Italian tracks again in 2020. The FMI and Moto Guzzi plan to leave the formula largely untouched, in that it allows everyone to enjoy themselves, from the track novice to the shrewdest enthusiast.

Timed practice on Saturday is therefore confirmed, to be followed by Sunday’s “Fast Endurance” race comprising 15-minute riding stints and featuring the spectacular “Le Mans”-style start, with the bikes lined up on one side of the track and riders crossing the asphalt before climbing on and starting the race. The main ingredients will not change, though some modifications to the regulation may be made over coming months in order to ensure even greater on-track enjoyment.

The Moto Guzzi V7 III, fitted with the GCorse Racing Kit and Pirelli Phantom Sportscomp RS tyres, proved to be fun and manageable for all, as well as extremely reliable. As a result, no radical changes are needed on the technical front either. The components making up the obligatory racing kit, the same for everyone of course, will remain the same for 2020, to the advantage of those who have already competed, as they will already have almost everything they need to take part in the second edition of the Trofeo. 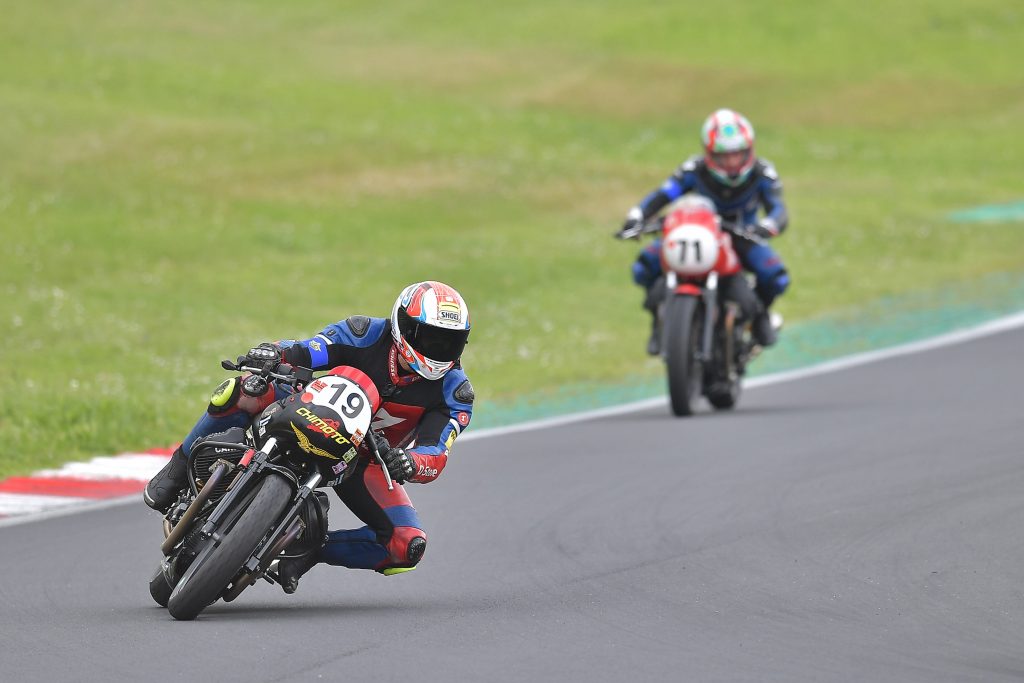 The new Moto Guzzi V7 III Racer 10th Anniversary differs clearly from the previous version in the front view, where a new top fairing with incorporated windscreen stands out, sleek and sporty, following the dictates of the most authentic Café Racer style. The top fairing is enhanced by a special red dedicated graphic – also picked up on the saddle cover hump – which flaunts the “10th Anniversary” celebratory detail.

At the centre of the top fairing is the new, full LED headlight, just as the taillight and turn indicators are also LED. A modern and dynamic look also emphasised by a thinner and sleeker rear mudguard, and by brand new “bar end” rear view mirrors.

There are numerous stylistic features reminiscent of the previous versions of the Café Racer from Mandello, all tributes to its ten-year heritage: The fuel tank, wrapped on the top by the classic leather strap, it returns to the beautiful glossy chrome that characterised the original 2010 model, whereas other distinctive V7 Racer and V7 II Racer traits reappear on the side racing number plates, namely the number 7 and the red edge with the detail of the Italian flag.

As for the rest, Moto Guzzi V7 III Racer 10th Anniversary maintains unaltered the fundamental characteristics of a model that has by now become iconic, such as the frame and the swingarm painted in colour “Rosso Corsa” (Racing Red), an explicit reference to the 1971 V7 Sport, nicknamed, in fact, “telaio rosso” (red frame); the semi-handlebars, the splendid, humped saddle, now enhanced with red stitching, that has a single-seat look but is approved for two-up riding as well: in fact, it has pillion foot pegs, whereas the seat cover can be easily removed when necessary. The spoked wheel rims have black channels and red Moto Guzzi stickers like the other sport models from the Eagle Brand, including the Audace muscle bike.

Produced as always in a numbered edition, as indicated by the plate located on the upper steering yoke, V7 III Racer 10th Anniversary is not only the most sporty of the range, but also the one with the most prestigious parts, that once again demonstrate Moto Guzzi’s ability to create true custom models. These include the set-back footpegs machined from solid billet, the lightened steering stem and the steering yoke guard. One of the features worth a mention is the widespread use of anodized black aluminium. This hand-crafted treatment, which requires superb artisan skill, characterises the side fairings and the throttle body guards.

The V7 III Racer 10th Anniversary, like the new Moto Guzzi V7 III Stone S, is also shod with new Dunlop Arrowmax Streetsmart tyres, higher performance, so you can fully enjoy the dynamic qualities of the Café Racer from Mandello. 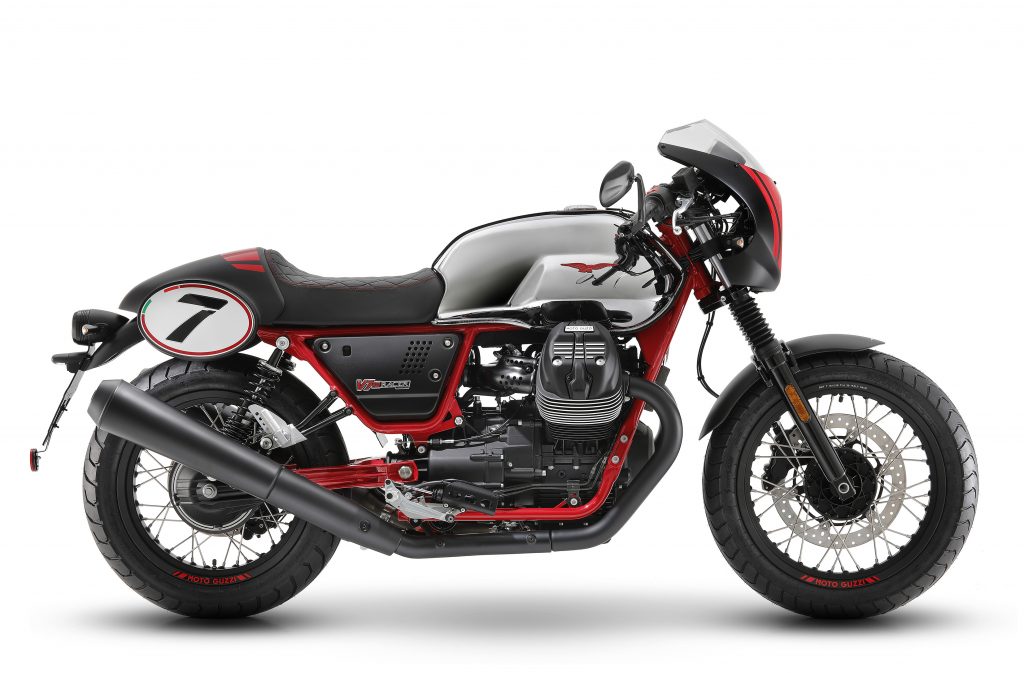 The distinctive elements that make the new Moto Guzzi V7 III Stone S immediately recognisable are the beautiful satin chrome fuel tank, wrapped on the top by a black leather strap, and the full LED light clusters, including the headlight, taillight and turn indicators: a modern, high-tech spirit, seen for the first time on the “Night Pack” variation of the V7 III Stone, which also includes the lowered position of the headlight and instrument cluster and a shorter and sleeker rear mudguard. All of this, along with brand new “bar end” rear view mirrors, give the Stone S an even more slender and dynamic profile.

Another sporty touch is created by the numerous red details: the ever-present Eagle on both sides of the fuel tank, the shock absorber springs and the elegant red stitching that enhances the special dedicated saddle, upholstered in water-repellent Alcantara®, an entirely weather resistant material. The equipment package also includes an anodized black locking fuel cap made from aluminium billet and the side panels, also in aluminium with a dedicated logo.

The mechanical part is also elegantly dressed, with the throttle body covers in natural anodized aluminium and the cylinder heads with milled cooling fins. As with all the V7 III Stone units, the essential instrument cluster is a single circular display with an analogue rev counter and all the other information shown on the digital screen.

Also new on the Moto Guzzi V7 III Stone S are the high-performance Dunlop Arrowmax Streetsmart tyres, emphasising the dynamic qualities of the Eagle brand “seven-fifty” in its most recent and brand new sporty interpretation. 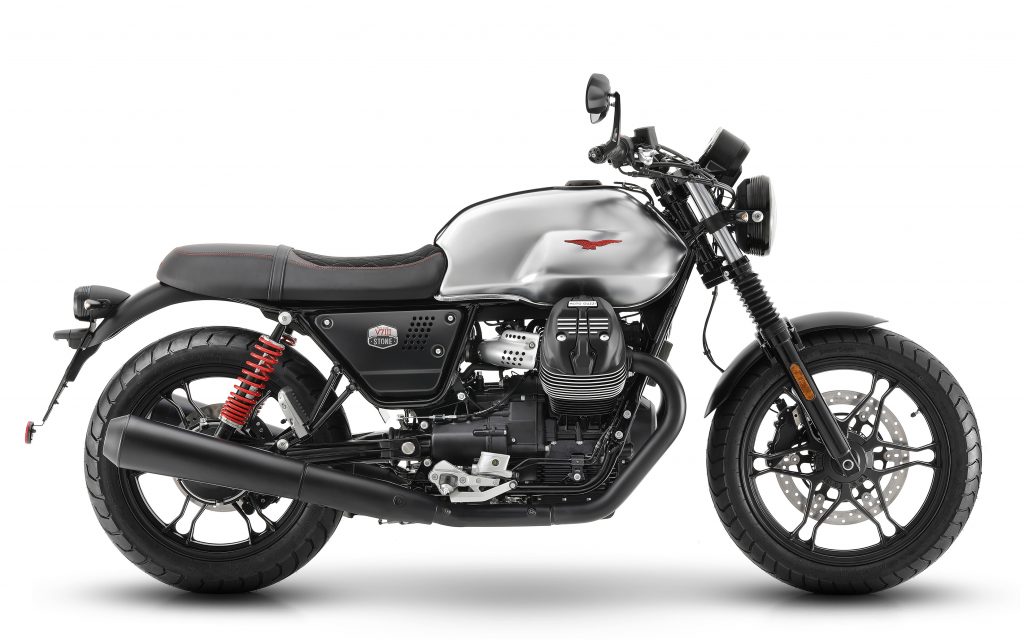 Following the critical and public acclaim achieved by the V85 TT, the first classic travel enduro that knew how to excite motorcyclists thanks to its ability to combine sophisticated and evocative style with cutting-edge technical qualities, Moto Guzzi presents the Travel version, ready to take to the road thanks to its complete dedicated range of equipment. Moto Guzzi has listened to the requests of Guzzisti, creating a V85 TT version that is prepared as standard with a selection of essential adventure touring accessories.

Moto Guzzi V85 TT reflects a construction philosophy in which simplicity, practicality and handling make for an unfiltered relationship between bike and rider, one that is dedicated to adventurous travels, a true Moto Guzzi legacy, something that the Travel version further highlights. The equipment, made up of accessories that are all available in the catalogue, includes the higher Touring windshield, able to offer the rider greater air protection, thanks to a surface area that is 60% larger than the original part, as well as two panniers in plastic material with aluminium inserts. The panniers stand out for their significant capacity (37 litres for the right-hand case, which can hold a full-face helmet, and 27.5 litres for the left), locks that use the same contact key, and the absence of any voluminous supports to install them, hence the line of the vehicle remains intact when they are removed. Their lateral bulk is limited to just 928 mm, in that they are designed during development of the bike itself.

Also included as standard are the heated hand grips with buttons already incorporated in the original left-hand switch block of the V85 TT, and a pair of additional LED lights. The range of special equipment is rounded out with Moto Guzzi MIA, the multimedia platform that allows the rider to connect a smartphone to the vehicle, extending the functions of the instrument cluster. The Moto Guzzi V85 TT Travel is offered in the exclusive Sabbia Namib colour: the grey frame is paired with the matte colour of the chassis, while the tank and side panels are enhanced with dedicated graphics. Michelin Anakee Adventure tyres underline the adventure touring attitude. 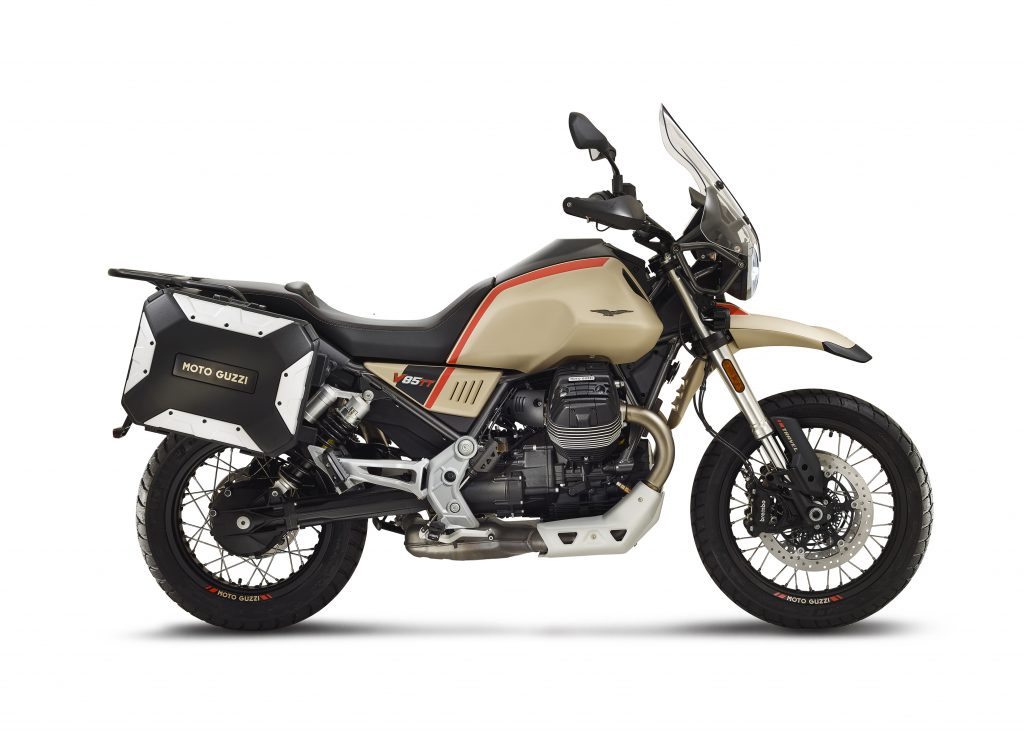