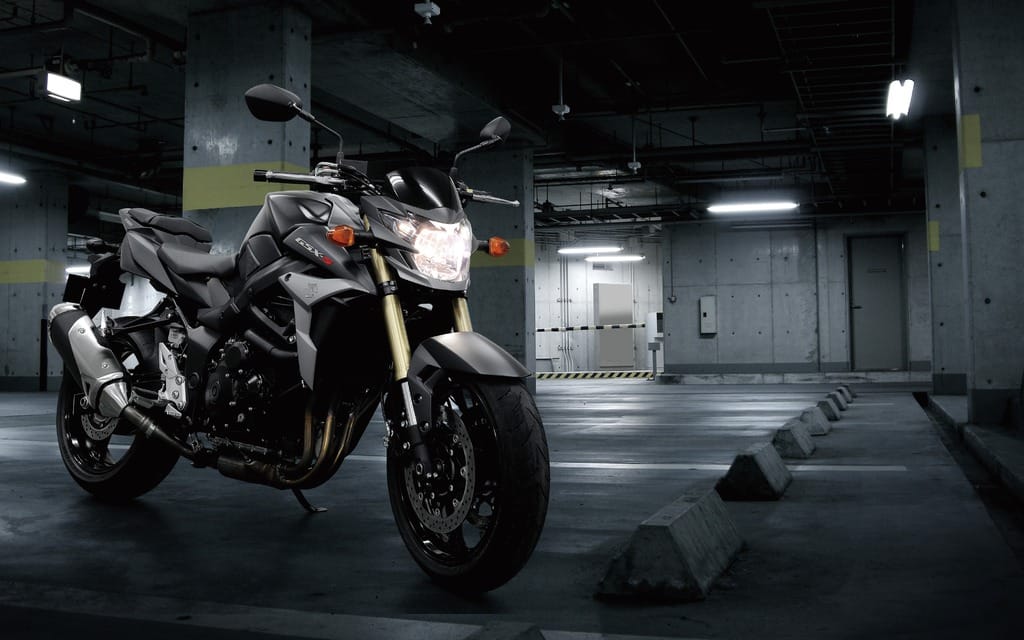 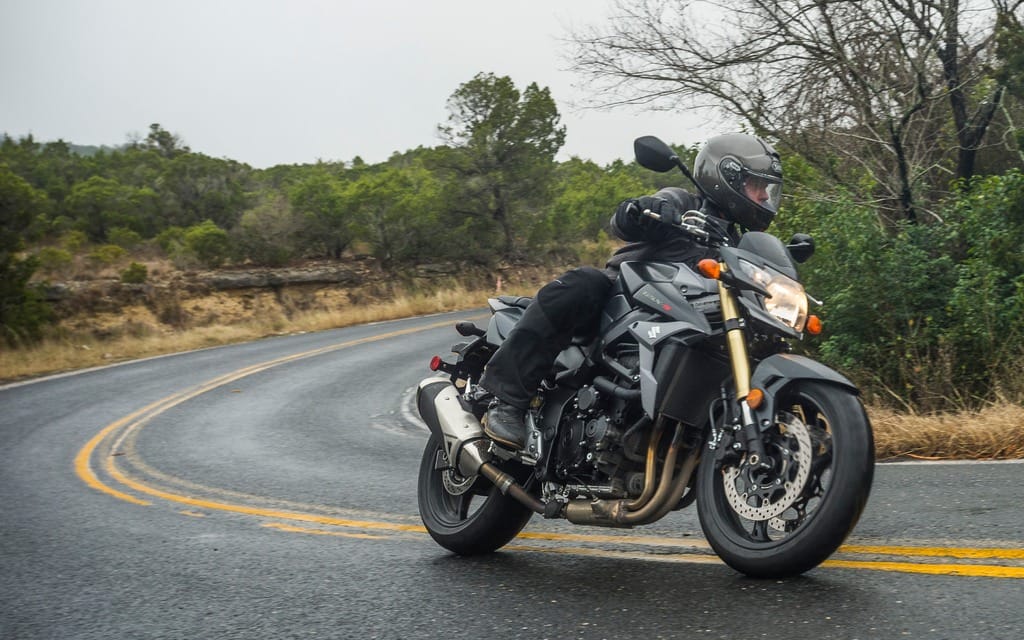 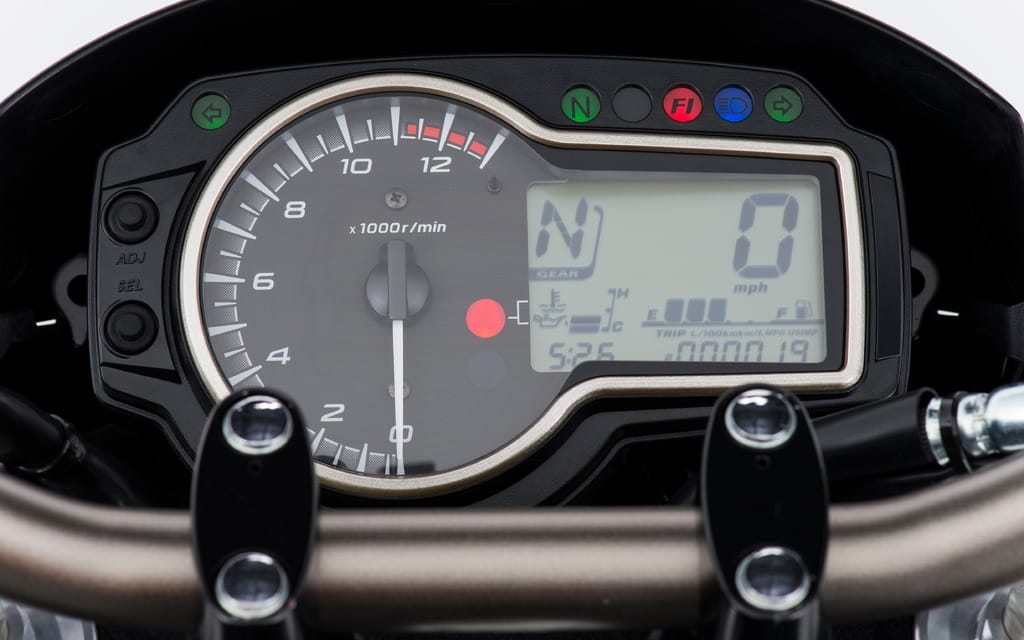 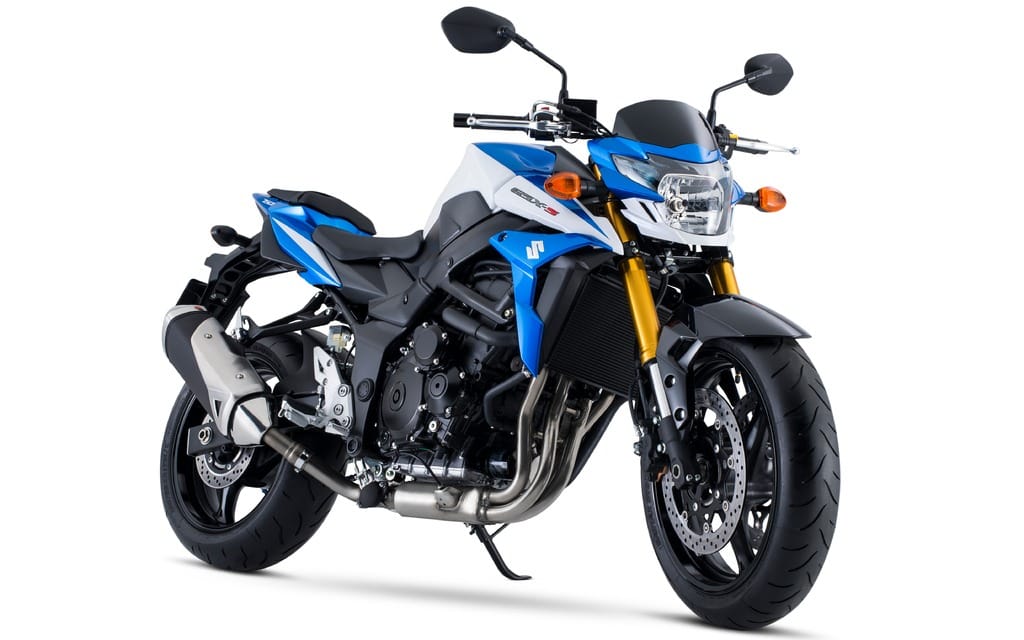 Suzuki GSX-S750A  The price is right

Not every motorcycle needs to inflame passions. Sometimes just a good bike is more than enough

Is there a more restless feeling than being geared-up and having to wait? We stand in the car park in Austin, Texas, waiting for someone to arrive or the weather to clear — I’ve been given two conflicting explanations for the delay. A fleet of matte black Suzuki GSX-S750s blends into the dank interior of the garage. Eventually, we fire up and pull out into daylight, of which there is little, and stack-up behind Austin resident, Suzuki spokesman, and former 500GP champ Kevin Schwantz, who is our tour guide.

Having former race champions head the queue at a press launch is standard fare, but the combination of the weather, the morning rush hour, and the workmanlike machine we’re riding gives me the peculiar sensation that Schwantz has popped round to my house and is about to lead me on my morning commute to the office.

Rain continues to fall as we clear the downtown core and join the flow of traffic on the interstate highway. Magazine hacks, myself included, can be unkind to motorcycles like this Suzuki. We call them bland, too refined for their own good, and lacking an edge of excitement. But today, on this ride, I’m just happy that it’s coming back to me, and that the rain has slowed our pace is fine by me.

After an extended period of not riding due to a back ailment, I’m relearning how to ride. It sounds an overstatement, but the longer you’re off a motorcycle the more difficult it is to get back on one. You can’t completely unlearn a lifetime of riding skills (any more easily than you can kick a lifetime of bad habits) but I’m rusty. The Suzuki is allowing me to ease back into it.

Obsessed with body posture as I am post-back-woe, I find the Suzuki’s seat kind, and the peg, seat, and handlebar triangle feels natural. The pegs seem a little high for a bike of this ilk, but that’s likely because it’s been months since I’ve stuffed myself onto my 916. I heard flat-tracker Steve Beattie say once that he knows the handlebar of a bike is in the correct position when he can raise his arms, close his eyes, and then lower his hands straight onto the grips. I follow his dictum and voilà; the grips magically fall to hand.

At a claimed 213 kg the bike is surprisingly portly, but its weight is well disguised. The clutch is a little stiff for a knock-about all-rounder, but it’s nothing off-putting. More than compensating for the clutch is the transmission, which has an unbelievably light and precise action. Minor driveline lash can be motivation to use the throttle and the clutch and the gearbox in perfect harmony, like a cheesy pop song.

The engine’s lineage is solid, as the four-cylinder is based on the 2005 GSX-R750. Different valve timing and lift and reshaped intake and exhaust ports yank the GSX-R’s horsepower and torque peak out of the clouds and back down to where you’ll need it on the streets. We’ve heard of rear-wheel horsepower numbers in the low 90s, which is more than enough to make you forget your overdue library books, which is, of course, the entire point of riding a motorcycle in the first place.

Pottering through Texas in the rain did not sufficiently allow a pace to grade the bike’s sporting prowess, but at realistic speeds the suspension is compliant and sure-footed. Canadian bikes receive ABS, thankfully, and our all-black tester is yours for a sensible $8,699. If you’re over and done with black, a blue and white variant, code named the GSX-S750ZA, is $300 more. Well worth it, I say, especially in the rain, when a bit of colour is sure to lift the spirits.

While the GSX-S750 is derived from one of the all-time-great sport bikes, the GSX-R750, much has changed in this segment of motorcycling in recent years. Funky twins and triples (like Yamaha’s sprightly FZ-09) from Japanese and European manufacturers mean that there is not just choice to be had, but over-choice. This may be hell on manufacturers who need to move product, but for those of us who admire decent motorcycles at fair prices, it’s a good time to ride.