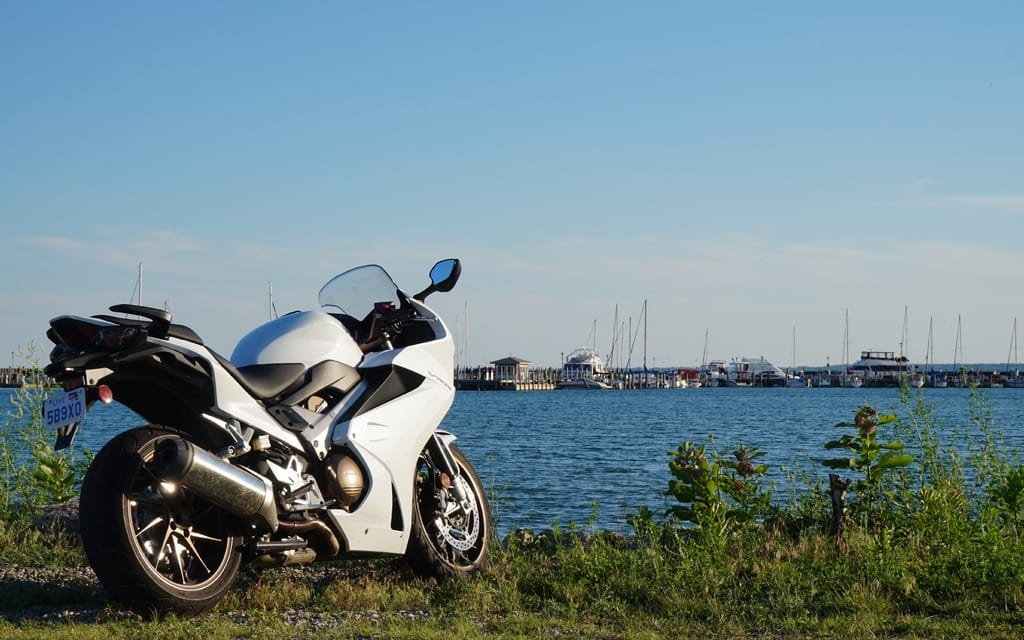 When new and improved isn’t

I remember it well, a cold October day in 2009. We gathered in Kingston, Ontario, for the opportunity to ride the then-new VFR1200. There was only one in the country, so to keep hacks occupied as they waited in queue for a half-hour stint on the new bike, Honda had brought along a VFR800 to, I presume, show us how much better the newer, bigger bike was than the older, smaller bike. But it didn’t work out that way.

I’d not ridden a VFR of any stripe before that day, and in 10 kilometres of single-digit-temperature shivering, I’d found the 800 to be an engaging, mellifluous-sounding motorcycle with unimpeachable refinement. I couldn’t wait to get on the 1200, but when I did, it was a disappointment — an opinion that’s been confirmed by many testing miles since that day.

Why such a difference? It starts with the engine. The 1200’s V-4 (despite Honda’s insistence to the contrary) is a flat, listless engine. It buzzed where the 800’s mill purred. Where the 800’s engine took on urgency with more revs, the 1200 just buzzed harder. And it wasn’t just me. Everyone I’ve spoken to about the pair — from other journalists to owners to forthright Honda staffers — echoed my thoughts. But that’s where it ended. The recession dispatched the 800 from the Canadian marketplace soon afterward and in my decade at the magazine those 10 kilometres were the only mileage I’d put on the VFR800.

I’m glad to report that the new VFR fulfills the promise of that brief ride long ago. It should, really, as the bike isn’t substantially different. The trendy-for-the-time underseat exhausts are gone in favour of a traditional single pipe, and the dual side-mount radiators have been trashed in favour of a conventional front-mounted rad.

It’s a bike that exemplifies what Honda does best — refined but not dull, invigorating but without a raw edge to be found — the two- wheeled equivalent to a traditional grand touring car. My complaints are few: the reach to the elevated clip-ons is a little far for a bike of this nature. Perhaps the traditional 90-degree V-4 configuration is the reason for the long fuel tank (more recently designed V-4s have cylinders at a narrower bank angle, such as the 76 degrees of Honda’s own VFR1200). The bike’s styling is a little flat, the headlights a little too Ducati Panigale-esque, and the lack of mod- cons like electronically adjustable suspension an oversight. But for the price ($14,499) it’s an absolute gem of a motorcycle.