Piaggio Group (PIA.MI), Europe’s largest scooter and motorcycle manufacturer and one of the world leaders in the industry, January 20, 2022 shares the findings of a new report that explores the details behind Vespa’s strong brand value – identifying the brand as a key asset in its broader portfolio. The results of the analysis show […]

Legendary adventure-touring platform delivers improved riding experience Other returning models include CBR1000RR, Rebel 500/300 For its first new-product announcement of the calendar year, American Honda announces the return of several popular motorcycle models. Headlining this group is the Africa Twin adventure-touring platform, including the sporty standard version and the mile-gobbling Adventure Sports ES – both […]

In 1972, Kawasaki Motors introduced a new era of performance motorcycles with the Z1, a model that set an important milestone for the company and for the industry. With its impressive 903cc inline-four, the Kawasaki Z1 not only became the most powerful Japanese bike of its era, but also created a new standard for the […]

Additional All-New Models to be Introduced January 26 in World Premiere Event Harley-Davidson today revealed a portion of its 2022 motorcycle line and announced these bikes are arriving at authorized US Harley-Davidson dealerships starting now and at dealers around the world in the coming weeks, with additional new motorcycle models to be unveiled later this […]

The Fédération Internationale de Motocyclisme (FIM), the global governing body of motorcycle racing – today announced that SX Global has been selected, a highly credentialed Australian company, to manage and promote the FIM Supercross World Championship over the coming decade. SX Global will develop and manage a new international series commencing in 2022.  This is […]

A UNIQUE PROJECT TO BE UNVEILED IN FEBRUARY 2022, CELEBRATING THE SPIRIT OF FREEDOM & THE LOVE OF DESIGN Driven by the desire to explore creativity,  celebrate style and design, and have some fun doing it, Justin Bieber and Vespa today announce one of the most unexpected and exciting collaborations of 2022. The meeting of […]

Long-serving president of the Canadian Motorcycle Association Joe Godsall of White Rock, BC. has retired. Joe became the BC board member for the CMA in 1983 and later also served as national CMA Vice President and then as President for 28 years, from 1989 to 1997 and from 2001 to 2019, as well as serving […]

It’s hard to believe that Bob won’t be at the helm of the MMIC/COHV/PSS ship today. Bob retired on Friday, December 10th after 37 years and 7 days in the office. Bob attended Western University and studied political science. He rode dirt bikes on the family farm in Wyoming, Ontario and joined MMIC in 1984 […] 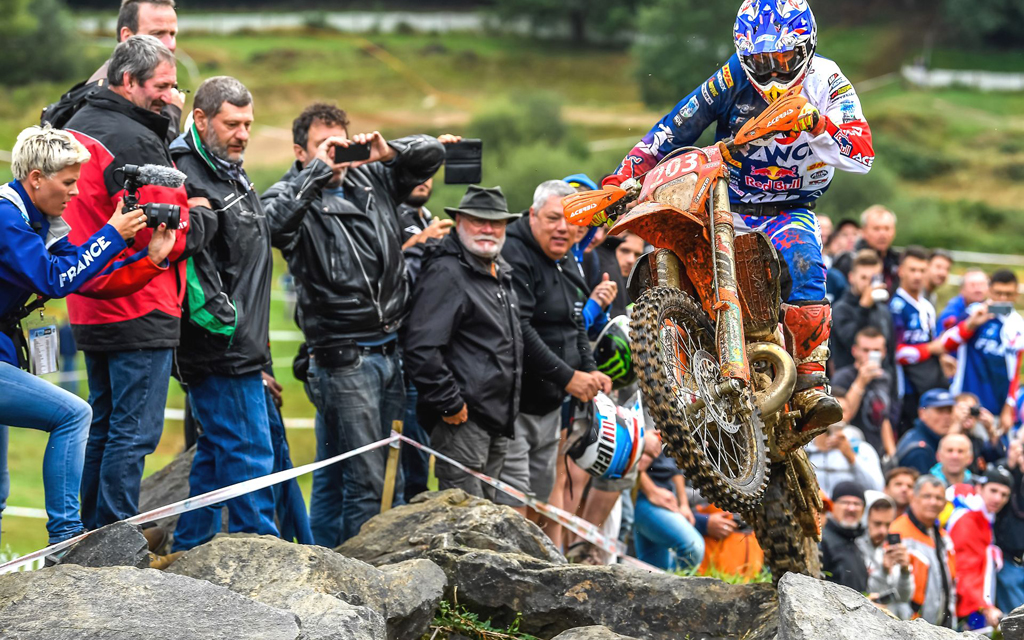 The 96th edition of the FIM International Six Days of Enduro (ISDE) will take place at Puy en Velay – France, the capital of the Haute-Loire department in the heart of the Auvergne region – Rhône–Alpes, from Monday 29 August to Saturday 3 September 2022. The first edition of the ISDE in France dates back […]